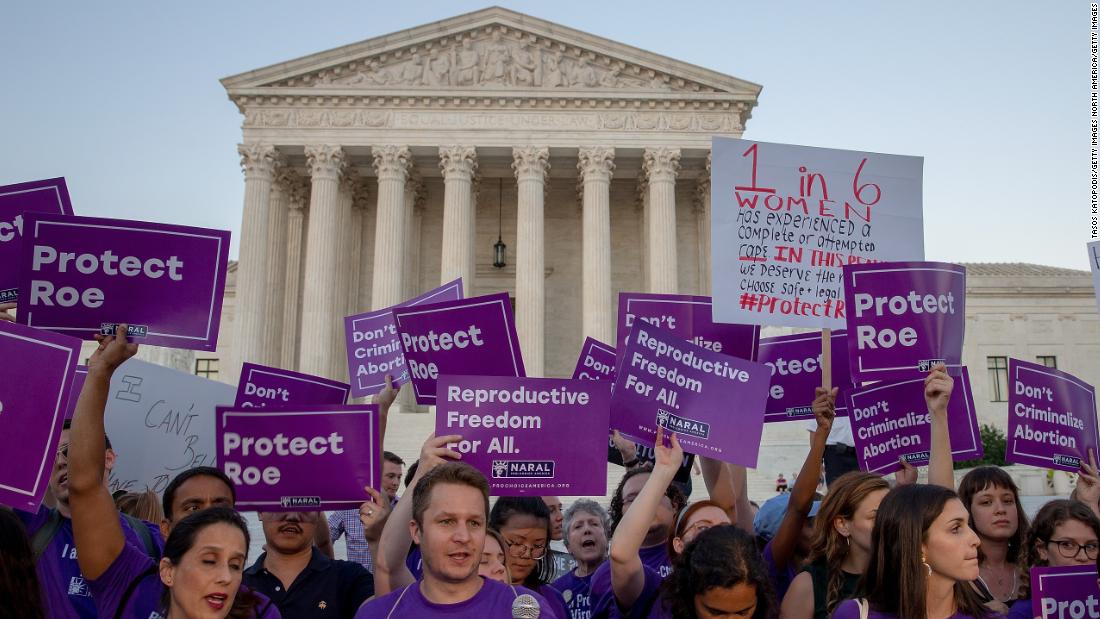 (CNN)In 2017, public health researcher Shalon Irving died from complications related to high blood pressure just three weeks after giving birth. Krystine Toledo-Gonzalez died less than a week after her delivery. Sheriah Freitas, Judge Glenda Hatchett’s daughter-in-law Kira Johnson and hundreds of other women in the United States die each year from pregnancy-related complications in an epidemic known as maternal mortality — a clinical name that does not do justice to the pervasive pain that ravages families and disproportionately affects black communities across the country.

On Friday, the Republican-led Georgia state legislature passed a devastating bill that would only compound this crisis. Gov. Brian Kemp, a Republican, supports the bill, and if he signs HB 481, the state would ban abortions after a fetal heartbeat is detected — or as early as six weeks, before many women even know they’re pregnant. It’s time we take a long hard look at the party that claims to be “pro-life” but ignores the real consequences of its policies on the rights and lives of women and their families.
More women die from pregnancy-related complications in the United States than any other developed country, and maternal mortality rates in the US are higher than countries like Kazakhstan, Bulgaria and Libya, according to the most recent figures from the CIA World Factbook.
About 700 women die in the United States each year, and black women are three to four times more likely than white women to be affected, according to the Centers for Disease Control and Prevention. If that wasn’t alarming enough, Georgia ranks as the worst state for maternal mortality in the country. The Georgia Department of Health found that 60% of pregnancy-related deaths were preventable, yet many women continue to go without access to adequate, lifesaving healthcare.
Earlier this month, Democratic politician Stacey Abrams wrote, “A pregnant woman in Georgia has a higher chance of dying before or after they give birth than a mother in any other state. Instead of addressing our maternal mortality crisis, GOP legislators are playing politics, pushing draconian bills like HB 481.” 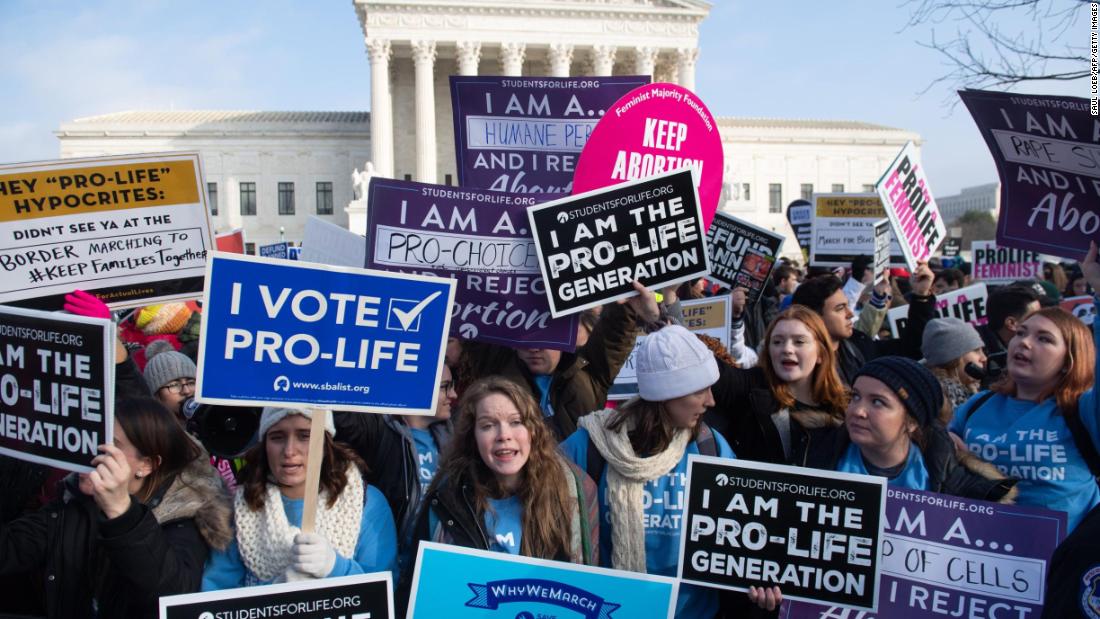 Anti-choice politicians seem perfectly fine with the collateral damage that occurs when people are prevented from accessing care. This is not some theoretical concept—we’ve seen it play out plenty of times.
Just look what happened in Indiana under then-governor Mike Pence. In 2013, a Planned Parenthood in Scott County closed after federal and state cuts to public health funding. That clinic was the county’s only HIV testing center.
In 2014, an HIV outbreak in Scott County largely fueled by drug use and shared needles saw at its height 20 new cases diagnosed each week. According to a study in the New England Journal of Medicine, the outbreak could have been avoided and prevention efforts should include HIV testing.
When it comes to pregnant women who face serious health risks, we should ask, where is the outcry from those claiming the “pro-life” mantle? Where are their “pro-family” values for the children left behind from mothers who died preventable deaths? What kinds of policies is the “pro-life” GOP putting forth to curb these inexcusable tragedies?

Instead of focusing on problems like maternal mortality, the GOP seems intent on pushing extreme bills like the one that just passed in Georgia. Kemp promised on the campaign trail that he would “sign the toughest abortion laws in the country” and all signs suggest he will sign HB 481 into law.
If signed, this law will only exacerbate the existing health care problems that affect women in Georgia. Of Georgia’s 159 counties, 79 don’t have a single OB-GYN, according to a 2017 state government report. What doctors would want to come to a state that is hostile to the actual practice of medicine, and threatens to throw them in jail for providing abortion?
Georgia’s bill is another step toward the anti-choice movement’s ultimate goal of criminalizing abortion, gutting Roe v. Wade and punishing women. When we look at the bigger picture playing out across our country, the unchecked anti-choice movement is paving a dark path for women and families. 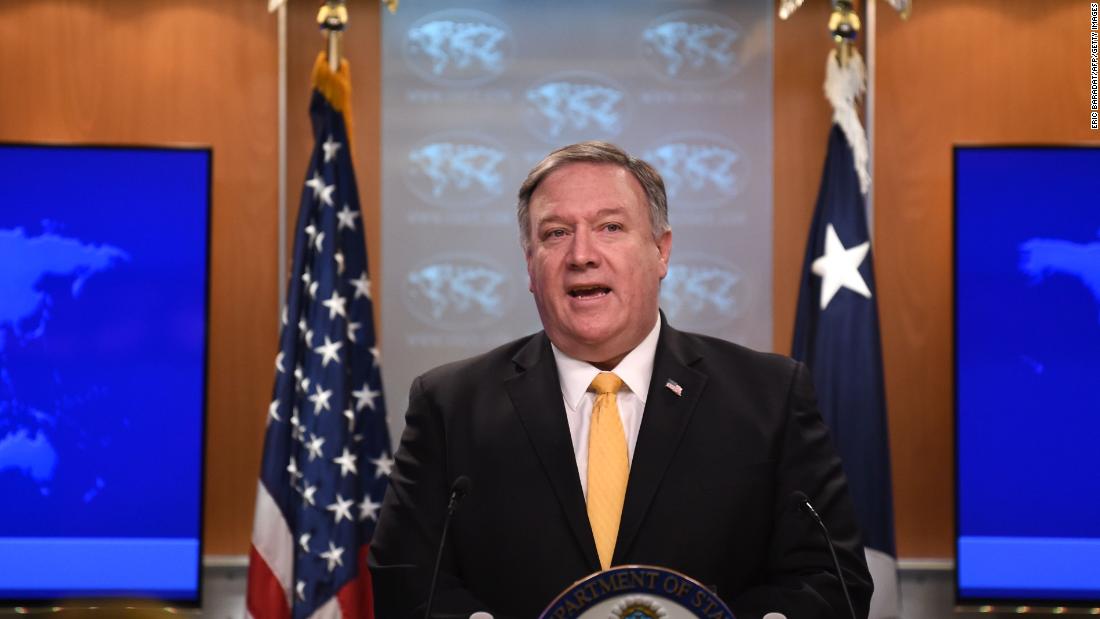 Extreme abortion bans are being pushed in a handful of other states across the country. Mississippi, which has the highest infant mortality rate and the worst overall care for infants and kids in the country, just passed one of the most restrictive abortion laws in the country.
The actions of the modern-day GOP lay bare its truth: it is engaged in a coherent, consistent and intentional strategy aimed at the ultimate goal of criminalizing abortion and punishing women. And if the collateral damage happens to be the actual lives, health and well-being of women and families, so be it.
At the same time, women and allies are speaking up and making it clear that we are drawing a line in the sand. Georgia’s HB 481 has sparked a surge of outrage from advocates —from people like Abrams to executives at companies like Amazon and Coca-Cola. A number of Hollywood actors also signed a letter saying they would lobby their industry not to film in Georgia if the bill becomes law, threatening to deprive the state — a popular site for film and TV shoots—of billions of dollars in revenue.

Let’s send a clear message that any agenda that erodes and endangers women’s health, rights and lives is a serious mistake. As voters prepare for elections up and down the ballot in 2020, they won’t forget. Hypocrisy is not an ethical stance, a just stance or a winning stance when so many women’s lives hang in the balance. Let’s be proud of the work we did in Georgia to make that all the more clear for the American people, and continue in the fight for reproductive freedom.