The writer and director, pioneer of zombie horror, died after a brief battle with lung cancer, his producing partner said 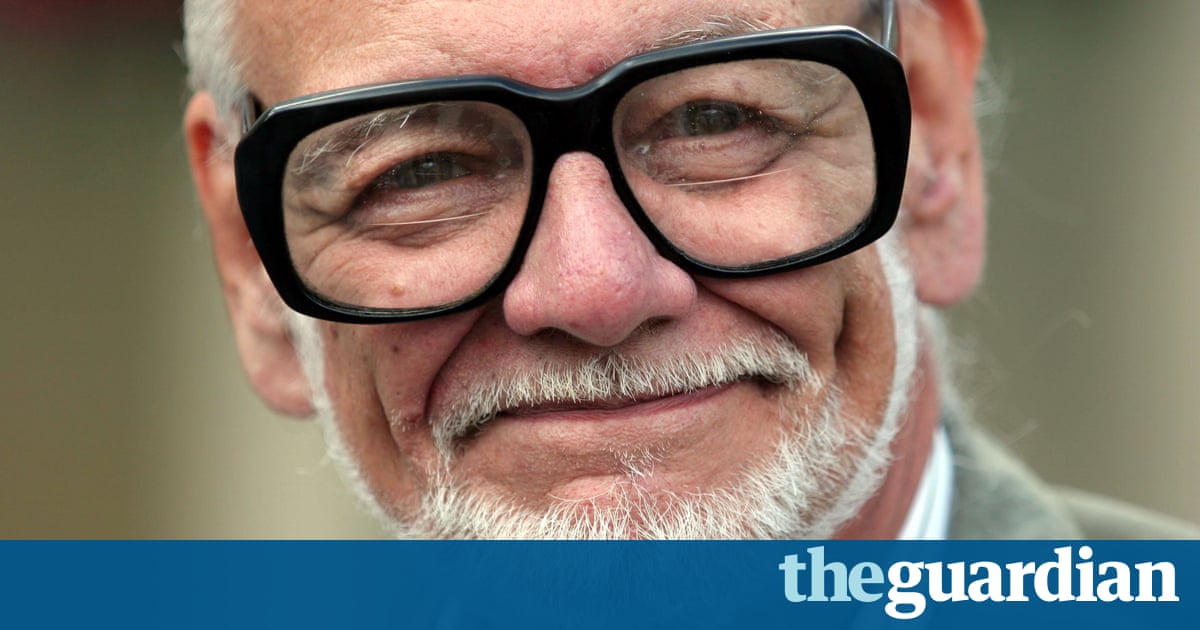 George A Romero, director of horror classic Night of the Living Dead, has died. He was 77.

In a statement to the Los Angeles Times, Romeros producing partner Peter Grunwald said the director died in his sleep after a brief but aggressive battle with lung cancer.

Romero was born in the Bronx, in New York City, on 4 February 1940, to a Cuban father and a Lithuanian-American mother. He began his filmmaking career as a commercial director before finding his niche in horror. Indelibly associated with the zombie movie, he came to be seen as a master of the entire genre.

The label did not weigh heavy. In an interview with the AV Club in 2008, Romero said: Everybody asks Stephen King how he feels about Hollywood ruining his books, and the first thing he says is, The books arent ruined. Here they are, on the shelf behind me. And I sorta feel the same way. My stuff is my stuff. Sometimes its not as successful as some of the other stuff. But its my stuff.

In a 2014 interview with NPR, Romero said he never expected his career to be defined by zombies. All I did was I took them out of exotica and I made them the neighbors, he said, pointing to the success of his uncanny and chilling films that used terrifying effects, makeup and cuts to satirise consumerism, racism and other social horrors. I thought theres nothing scarier than the neighbors!

The year before, Romero told the Daily Telegraph his films may have started the ramp in terms of zombie films being seen as money-making propositions.

I used to be the only guy in the playground, he said. Now, my God. I do think the popularity of the creature has come from video games, not film.

Zombieland, which was relatively recent, was the first zombie film to break $100m at the box office, and therefore got Hollywood interested. The [2004] remake of Dawn of the Dead did about $75m, so I think that may have started the ramp. And then Zombieland and now, of course, World War Z. But dozens of hugely popular video games have had a bigger impact.

Romero operated on budgets that shrank in comparison to such profits: Dawn of the Dead cost $114,000 and Dawn of the Dead, its widely loved sequel, was made for just $500,000. He was a co-writer on the Zack Snyder-directed 2004 remake of Dawn of the Dead, which cost $28m and ended up taking several times more worldwide.

He also discussed with the Telegraph why he didnt like The Walking Dead, the zombie TV hit that continues at the same time as a spin-off, Fear the Walking Dead, and which he described as a soap opera with a zombie occasionally.

King was among many tributes to Romero on social media on Sunday.

Guillermo del Toro, director of Chronos, Pans Labyrinth, The Devils Backbone and other horror classics, wrote: Romero has passed away. Hard to find words right now. The loss is so enormous.

Eli Roth, director of Cabin Fever and Hostel, wrote: Hard to quantify how much he inspired me and what he did for cinema

Romero used genre to confront racism 50 years ago. He always had diverse casts, with Duane Jones as the heroic star of NOTLD. Very few others in cinema were taking such risks. He was both ahead of his time and exactly what cinema needed at that time.

From Britain, the horror author and critic Kim Newman wrote: It is impossible to overestimate the impact George A Romero had on the horror film.

Reece Shearsmith, of the horror-influenced comedy group The League of Gentleman, said: Nothing has frightened me more than when I first watched Night of the Living Dead. RIP. An amazing man.

Shearsmith and Mark Gatiss, another member of the League, also paid tribute to a film outside the Living Dead series. Gatiss wrote: A fond farewell to charming, legendary zombie king George Romero. Martin is one of my favourite horrors. An honour to have met him. RIP.

Martin, another hugely influential film from 1978, concerns a misunderstood teenager who thinks he is a vampire.

Romero married three times. His family told the LA Times he died with his wife, Suzanne Desrocher Romero, and daughter Tina Romero at his side while listening to the score of the John Fords 1952 film, The Quiet Man, one of his favourites.