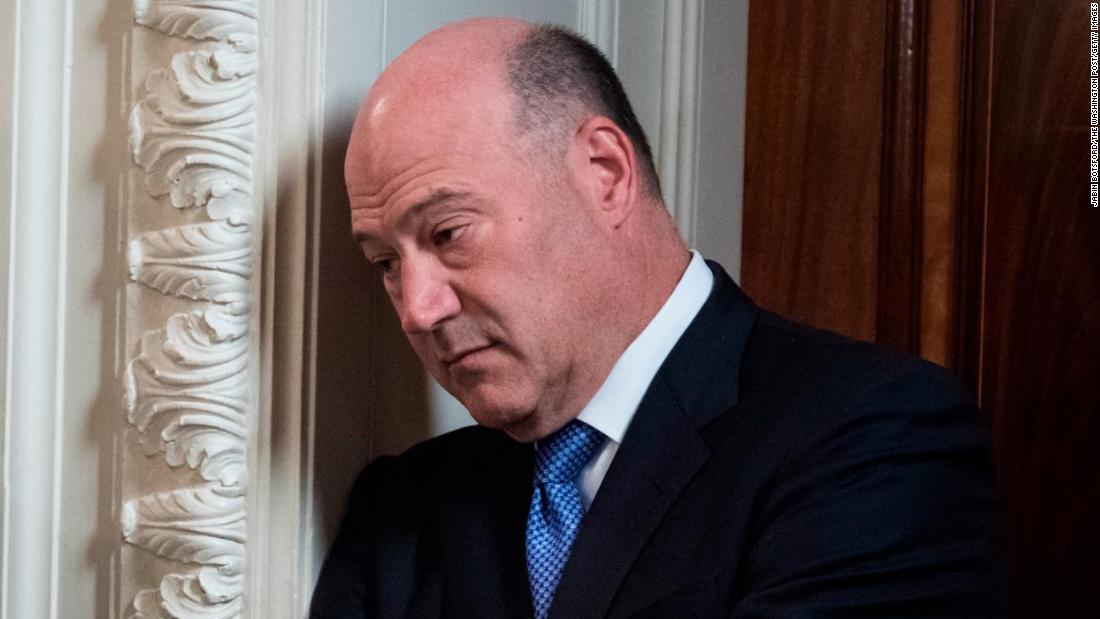 Washington (CNN)One of President Donald Trump’s former senior aides and his former chief economic adviser have issued statements claiming that Bob Woodward’s bombshell new book, “Fear,” is inaccurate and misleading, after the book featured their statements and descriptions of the President’s actions in a negative light.

A separate source close to the White House said the White House is “pushing anyone who is remotely associated with the book to discredit the information.”
Neither statement directly refutes specific details presented by Woodward, whose book hit shelves on Tuesday.
Cohn said in a statement to Axios on Tuesday that the “book does not accurately portray my experience at the White House.”
“I am proud of my service in the Trump Administration, and I continue to support the President and his economic agenda,” the statement continued.
A person familiar with Cohn’s decision to release a statement said it was Cohn’s decision alone, downplaying the notion of pressure from the White House.
CNN has learned Cohn did give the White House a heads up before he released the statement.
A spokesperson for Cohn declined comment and referred CNN to Cohn’s statement to Axios.
According to “Fear,” Cohn saw a draft letter he considered dangerous to national security on the Oval Office desk and removed it before the President could see it.
Porter also worked with Cohn and used the same tactic on multiple occasions, Woodward writes. In addition to literally stealing or hiding documents from Trump’s desk, the two sought to stall and delay decisions or distract Trump from orders they thought would endanger national security.
According to the book, Porter said a third of his job as staff secretary “was trying to react to some of the really dangerous ideas that [Trump] had and try to give him reasons to believe that maybe they weren’t such good ideas.”
The book also describes Cohn’s and Porter’s involvement in the public relations cleanup following the President’s explosive “both sides” remark on the violence last year at a white nationalist rally in Charlottesville, Virginia.
Porter, who left his post earlier this year amid allegations of domestic abuse against his ex-wives, said in a statement to CNN that Woodward’s book is “selective and often misleading.” He also said Woodward ignores the successes of the President.
“As Staff Secretary, I was responsible for managing the flow of documents to and from the Oval Office and ensuring that anything the President was asked to sign had been properly vetted,” the statement said. “The suggestion that materials were ‘stolen’ from the President’s desk to prevent his signature misunderstands how the White House document review process works — and has worked for at least the last eight administrations.”
He continued, “It was also my responsibility to help ensure that relevant viewpoints were considered, that pros and cons were evaluated, that policy proposals were thoroughly vetted, and that the President could make decisions based on full information. Fulfilling this responsibility does not make someone part of a ‘resistance’ or mean they are seeking to ‘thwart’ the President’s agenda. Quite the opposite.”
The President told reporters in the Oval Office on Tuesday afternoon that he thought the statements from Porter and Cohn were “excellent,” adding that it “shows that the book was just a piece of fiction.”
In a statement to Axios, Woodward said he stands by his reporting.
The statements from Porter and Cohn and Woodward’s response were first reported by Axios.
Woodward’s reporting comes with the credibility of a long and storied history that separates this book from previous efforts on Trump. The author and Washington Post journalist has won two Pulitzer Prizes, including one for his coverage of the Watergate scandal that led to President Richard Nixon’s resignation.