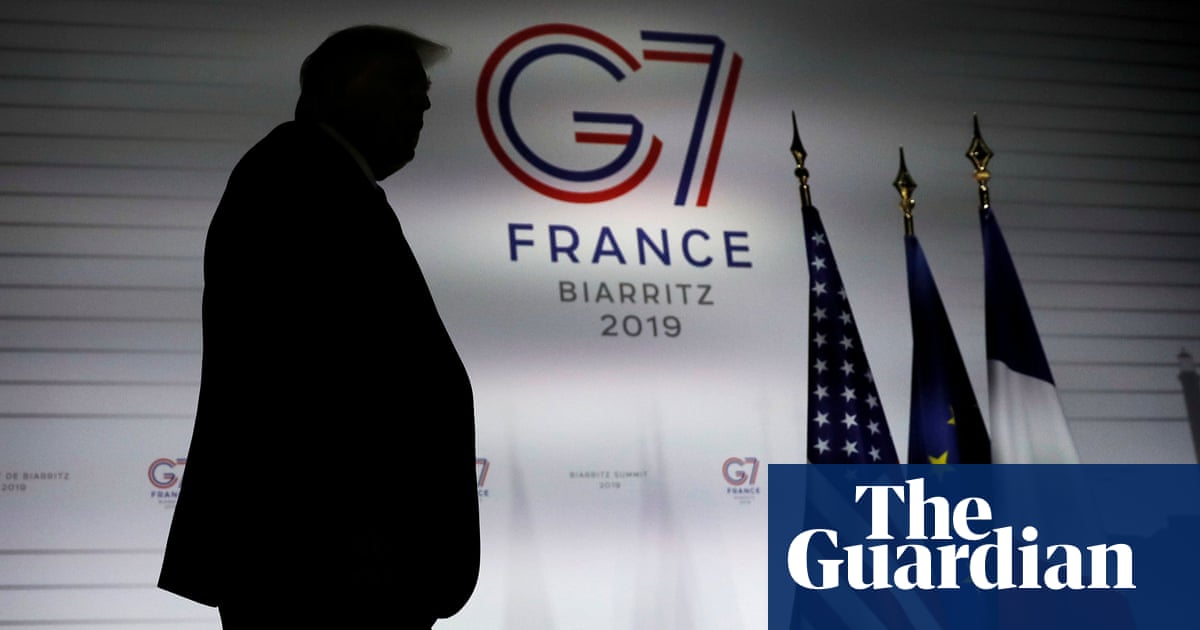 If next year’s G7 summit turns out to be a branding event at a Trump golf resort in Florida, with Vladimir Putin as de-facto co-chair, the old guard among America’s allies will look back on this year’s meeting in Biarritz with some nostalgia.

Not much was achieved, truth be told, but that is nothing new. To avoid the embarrassment of the previous year in Quebec – when Trump disowned the carefully-crafted joint communiqué soon after boarding Air Force One – Emmanuel Macron, the host in Biarritz, had the wheeze of doing away with the traditional statement altogether. If there was no document, there was nothing to refuse to sign.

The downside was that the meeting left little trace it had ever happened, apart from the enduring resentment of Biarritz, which was cordoned off for three days, and its residents forced to wear violet identity badges to get past the police cordons.

But at least the leaders of the world’s larger industrialised democracies – loosely described as the west – put on a show of common endeavour. They put out a “declaration” with a handful of aspiration thoughts about trade, Iran, Ukraine, Libya and Hong Kong, which was thinner than the single page it was printed on.

There were well-meaning statements on the need to prevent Iran to acquire nuclear weapons and some trade tensions were eased. A vow was also made to do something about the burning Amazon, with a combined down-payment of €20m, significantly less than the cost of the summit, and a particularly paltry sum in view of what was generally agreed to be an existential threat to the planet.

Looming over the whole affair however, was an awareness that everything could become a lot worse next year when Trump will be the circus master, making a fat margin on food and lodging at his golf resort outside Miami airport. He will then be in the middle of his campaign for re-election – and therefore even less engaged or willing to compromise than he was in Biarritz.

The conceit of the G7 is that it represented a club or family of like-minded nations. Next year, they could find themselves to be more little more than Trump’s paying customers.

Fittingly, there was an end of epoque feel to the venue. Biarritz is old-world glamour, overlooking the Bay of Biscay, with gentle breezes and golden evening light on its neatly-raked beaches. It evokes a grandeur from another age when Europe was the centre of the world, and it could assume that its values would be at least admired if not emulated.

One by one, surrounded by their entourages, the leaders took the morning air, strolling from their quarters at the imposing Hotel du Palais, past the art deco casino where the one-armed bandits and blackjack tables were silent for the long weekend, and up a steeply rising path to the meeting rooms at the Bellevue. There sense of importance combined with their evident impotence was reminiscent of Europe’s ruling dynasties on the eve of world war one, utterly oblivious to the fact their world was going to end.

Boris Johnson, with his calculated disheveled and absent-minded demeanor, came across in particular as a character actor in an Edwardian period drama, literally making his small splash by swimming out from the deserted beach to a rock with a broad opening in it, returning to declare it a metaphor for Brexit.