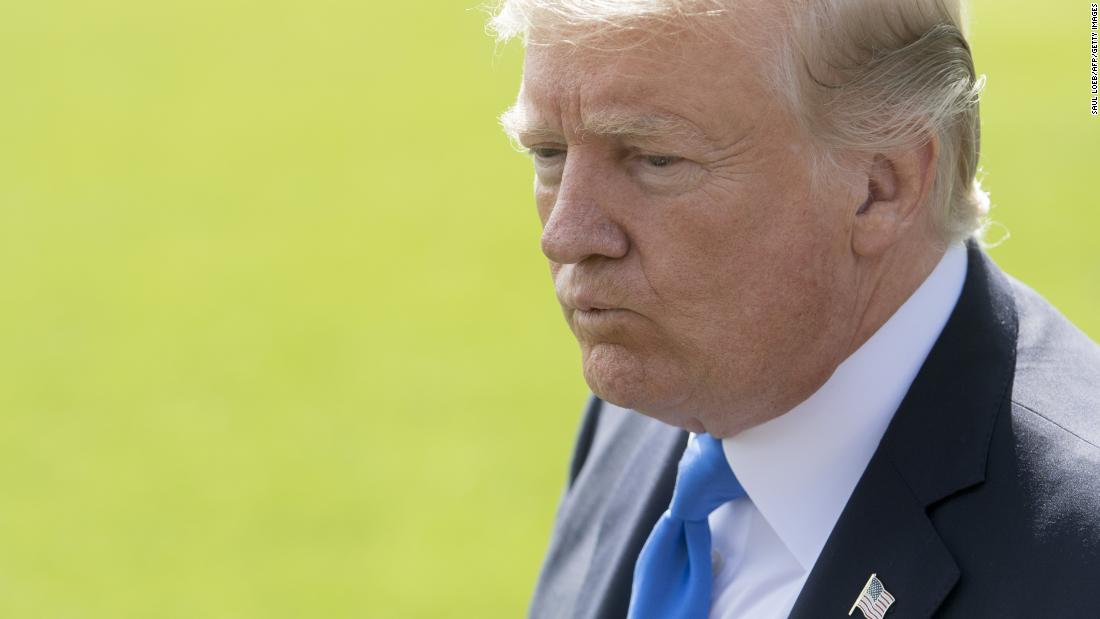 (CNN)On Friday, President Donald Trump (and the rest of us) got the most fulsome look into the inner workings of special counsel Robert Mueller’s investigation yet. And what Trump saw has to terrify him.

Consider what we learned from the filings from Mueller and the Southern District of New York on Friday:
1. Trump directed Cohen to pay off both porn actress Stormy Daniels and former Playboy Playmate Karen McDougal, both of whom have alleged they had affairs with the President in the mid 2000s, during the 2016 campaign. Cohen had already pleaded guilty to purposely circumventing campaign finance law to make the payments — and said he did so at the direction of and coordinated with Trump. Trump has denied that he knew where the money was coming from and that he had anything to do with the decision to pay off the women.
2. In November 2015, a Russian national spoke with Cohen and attempted to offer “political synergy” with the Trump campaign (Mueller’s office said Cohen didn’t pursue the outreach).
3. Cohen lied to Congress about the nature and extent of his involvement in trying to cut a deal on Trump Tower Moscow with the Russians to hide “the fact that the Moscow Project was a lucrative business opportunity that sought, and likely required, the assistance of the Russian government.”
4. Manafort lied about the extent of his contacts with a Russian — named Konstantin Kilimnik — who has ties to the Russian military intelligence agency accused of hacking into the Democratic National Committee’s servers, which led to the publishing of emails via the site WikiLeaks during the 2016 campaign.
5. Manafort continued to stay in touch with White House officials long past the point we knew prior. CNN’s Katelyn Polantz and Marshall Cohen write: “The document also contains the stunning disclosure that Mueller can show, including with text messages, that Manafort was in contact with Trump administration officials early this year — even after he was indicted in late 2017.”

Take a step back and consider all of that — on top of what we already know about the Mueller probe (192 criminal charges against 36 people and entities, 7 guilty pleas, 3 people sentenced, 1 convicted in a jury trial) and an unmistakable picture forms: A number of people who, at one time or another, were close to Trump not only had ties to the Russians but went out of their way — sometimes risking severe criminal penalties — to lie about the nature of those contacts.
That’s important, so I’m going to say it again: People with very close personal and professional ties to the President of the United States have now been found to have ties to the Russians. Many of those same people not only lied about those connections publicly but also to Congress and/or Mueller’s office.
All of which makes Trump’s response to the news on Friday laughable — if this wasn’t such serious stuff: “Totally clears the President,” wrote Trump. “Thank you!”
Which is, well, bunk. Nothing in the documents filed by either Mueller or the Southern District of New York on Friday do any such thing. Quite the opposite.
What’s more clear now than at any times since Mueller was named special counsel last May is that his investigation is both wide and deep. He has found wrongdoing across a variety of fields and with a variety of actors. Many of those actors were close to either candidate or Trump. Almost all of them have been caught lying by Mueller and held to account. And, perhaps most concerning for Trump, they are all — with the exception of Manafort — now fully cooperating with Mueller’s probe.
To be clear: Nothing that emerged on Friday — or in the sentencing memo of former national security adviser Michael Flynn that was released earlier this week — is any sort of smoking gun that pins collusion or obstruction of justice on Trump.
But what happened Friday is that the walls around Trump began to close in even further. Mueller has been slowly tightening the vise around this White House for months. On Friday, we got a glimpse of how much tighter he can make it. And that prospect has to worry not just Donald Trump, but anyone and everyone in his inner circle.