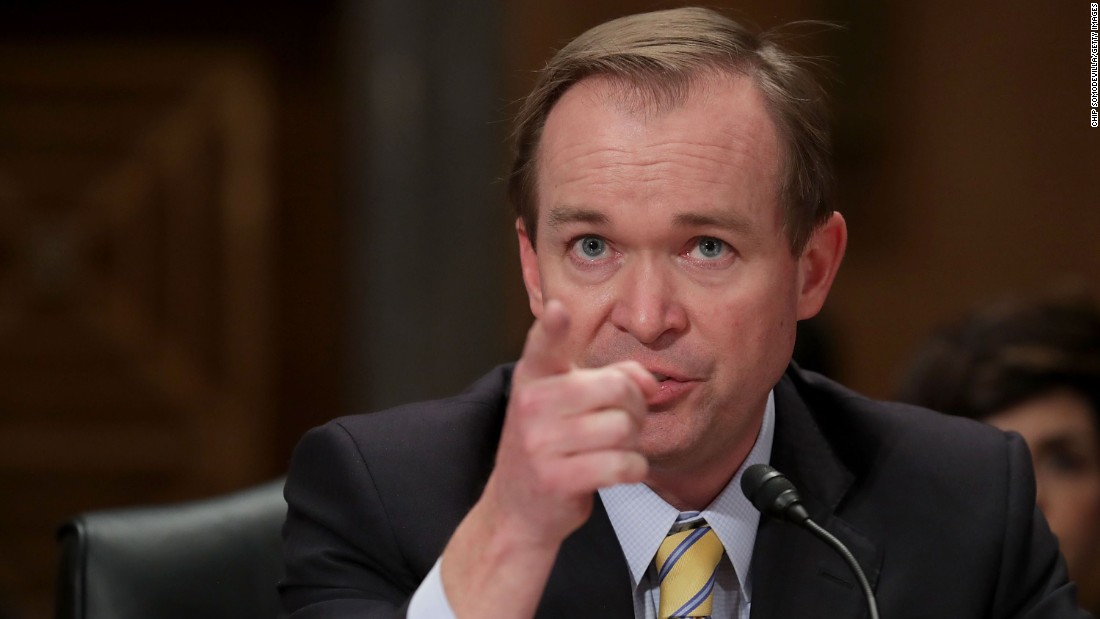 (CNN)Members of the House Freedom Caucus appear still convinced House leadership doesn’t have the 218 votes it needs to pass its version of Obamacare repeal, and they aren’t buying the arguments made by the bill’s supporters Tuesday evening that the House bill is a take-it-or-leave-it proposition.

“No new position tonight. Our position is the same,” caucus chairman Mark Meadows told reporters following a closed-door meeting of his caucus. “We believe we need to do a clean repeal bill.”
House Speaker Paul Ryan “is going to need a lot of Democrat votes to pass what would be the largest welfare program sponsored in the history of the Republican Party,” said Rep. Mo Brooks, a Republican from Alabama.
After the meeting that stretched into two hours Tuesday night and included guest appearances by House Rules Committee Chairman Pete Sessions and White House Budget Director Mick Mulvaney, Freedom Caucus members emerged unfazed by the very public endorsement President Donald Trump had given the House bill in the hours before.
“When the administration has spoken to our members in private meetings, the discussions have been more about finding ways to move forward together and not about take it or leave it,” said Rep. Justin Amash, a Republican from Michigan, who also told reporters he ordered “The Art of the Deal” during the meeting.
The House Freedom Caucus’ hardline position puts them on a collision course with leadership, which is beginning its whip operation this week and is committed to the legislation that was introduced Monday night by the House Ways and Means and Energy and Commerce Committees with some changes possible around the edges.
House Speaker Paul Ryan told reporters Tuesday that he guaranteed there would be 218 votes for the bill by the time it got to the House floor.
Rep. Raul Labrador, an Idaho Republican, said: “I don’t think there is any tinkering that will get us to 218.”
Members rejected the idea that Republican leadership was trying to sell that the party only has one shot to pass a repeal-and-replace package.
“It’s never true that you have to take whatever bill is given to you,” Amash said. “That’s just not true.”
Not every member of the House Freedom Caucus was diametrically opposed to the legislation, however. One member, Rep. David Schweikert, a Republican from Arizona who also sits on the House Ways and Means Committee, said he was supportive of that committee’s portion of the legislation advancing to the next step, but even he noted that right now the House leaders “probably don’t” have the votes to pass their bill through the House.
He noted, however, that many members likely hadn’t even had a chance yet to read through the bill.
“There’s also a lot of members here that are just now probably tonight sitting down for the first time with even the general text,” Schweikert said.