The remarkable tale of Frank Terpil, former intelligence agent, fugitive from US justice and a 53-year jail term, who has died in Havana 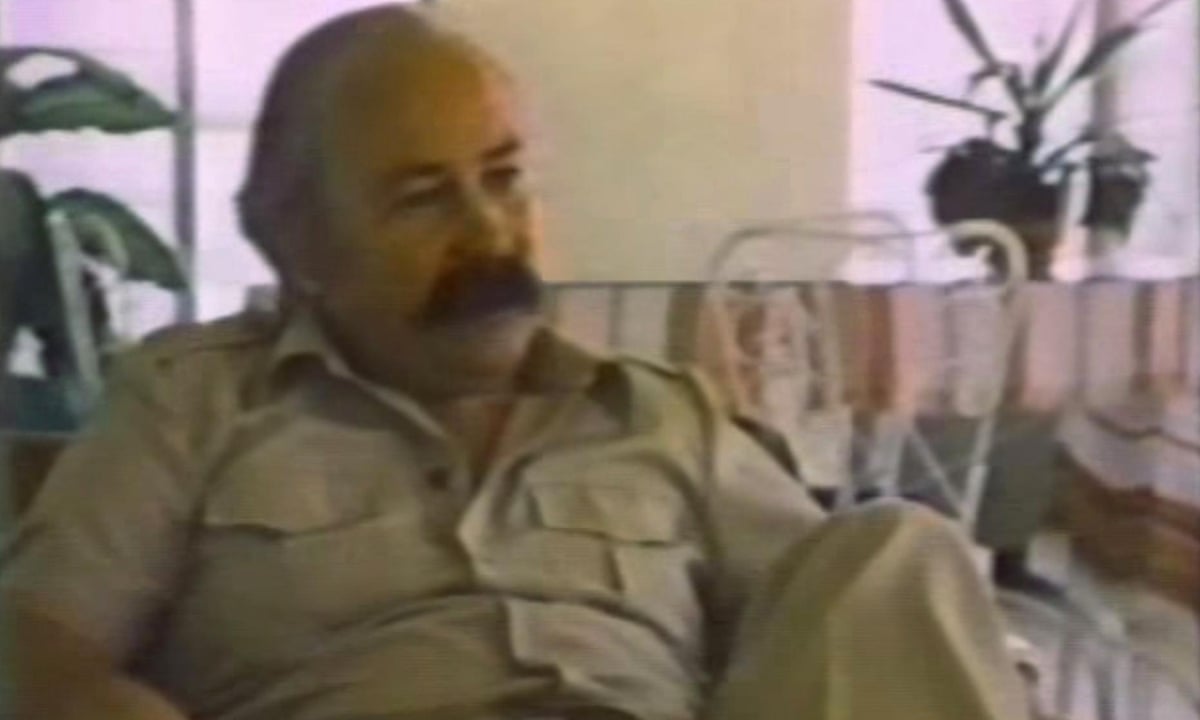 To those not in the know, he would introduce himself as Robert Hunter. An Australian retiree, he said, whiling away his latter years with his notably younger Cuban wife, in a simple bungalow overlooking the Playas del Este, a string of white sand beaches outside Havana.

The cover fooled most visitors. But there were plenty of clues it wasnt true. The broad Brooklyn accent; the Hemingwayesque white beard. And a disarming, encyclopaedic knowledge of African and Middle Eastern political leaders, covering five decades.

Robert Hunt wasnt really Robert Hunt at all. He was Frank Terpil, rogue CIA agent. A man described as a maniac by the undercover US policeman who helped convict him in New York in 1981 on charges of seeking to sell 10,000 machine-guns and 20 tonnes of plastic explosives to Libya. A coldly intelligent, no-scruples dealmaker, and confidant of the later 20th centurys most brutal dictators, from the Shah of Iran to Idi Amin.

After a few shots of rum, he would let his guard down. Inside his hilltop Cuban home, shaded by tropical trees, Frank (he reverted to his real name in private, in his last months) took pleasure in recounting, with not the slightest indication of remorse, chilling tales of how he helped facilitate the worlds maverick regimes.

Whether the requirement was poison, weapons or mercenaries, he was the man to call. It was commercial. And neutral, he always said.

Terpil was born in Brooklyn, New York, in 1939. His father, who worked for a local telecoms company, died when his only son was 12. After a short spell in the US army, he joined the CIA in 1965. His first job was with what was known as the Technical Services division, that part of the agency that specialised in adapting technology and weaponry for covert work.

In 1970 Terpil was posted to India. He soon showed signs of a taste for the good life, buying himself a Cadillac, renting a large house in the desirable Anand Niketan area of New Delhi, and developing a taste for gin and lime. To pay for it all, he needed to supplement his modest federal salary.

He found a simple solution. Banks in neighbouring Afghanistan were mistakenly overvaluing the Indian rupee. Terpil would ship planeloads of hard currency to Kabul, change them into rupees, then re-exchange them, at a vast profit, back in Delhi. It was so easy, he said.

His bosses at the CIA were, officially at least, unimpressed. Terpil was asked to leave the agency in 1971. He says that he went freelance. Just how freelance is a secret he has taken to his grave. There is evidence that the CIA never quite let him go.

After India, Terpil sought opportunities in the Middle East, specifically Libya. In 1973 Muammar Gaddafi had declared a popular revolution, promising to rid Libya of poisonous foreign influence. He also needed weapons to destroy his opposition.

Terpil, who said he first met Gaddafi in the Libyan embassy in London in the mid-1970s, offered his services. He would ship arms and source the gadgets, including exploding briefcases and ashtrays, to deploy against the leaders enemies. He also says he helped provide mercenaries for anti-terrorist operations. The mercenaries were mostly American.

Alongside Gaddafi, Terpil went on to do business in the late 1970s with the Ugandan dictator Idi Amin, who was by then struggling to maintain his vicious grip on power amid widespread dissent. Amin gave his American friend the affectionate nickname Waraki or white lightning.

During an interview broadcast in the 1982 documentary, Confessions of a Dangerous Man, the former CIA agent admitted having a permanent office in the State Researches Institution in Kampala. Amins enemies are known to have been tortured in the basement. Terpil claimed he was not fully aware of what was going on. It was a domestic issue, he later said in Havana.

The night Amins rule finally ended, on 13 April 1979, Terpil was on the presidential plane to Libya. He recalls loading steel trunk-loads of gold on to the aircraft, just before they flew out from Entebbe.

In 1980 it appeared that Terpils freelance activities were finally coming to an end. He was indicted by a US court on charges including the illegal delivery of 20 tonnes of plastic explosives to Gaddafi and the attempted sale of 10,000 machine-guns.

But perhaps with the assistance of former CIA colleagues Terpil skipped bail and left the country, apparently on a commercial flight out of Washington DC. In 1981 he was sentenced in absentia to 53 years in jail. The judge said he deserved to serve every day of the jail term, describing his line of work as trade in death and destruction.

He next showed up in Lebanon, where he offered his services to Yasser Arafat and the PLO. During an excursion to Syria he spent six months in jail, suspected by Hafez al-Assad (the current presidents father) of being an American spy. Again, Terpil worked his contacts and managed to negotiate a release. He returned to Beirut, where he lived comfortably in his penthouse apartment for a few months, until the Israeli invasion in 1982 forced him, once again, to find a new home.

As the Israeli troops closed in, he sought shelter in the Cuban embassy. There, he said, he brandished a personally signed business card from Fidel Castro (to whom Arafat had once introduced him). He was let inside. A call was made to Havana, and safe passage to Cuba was arranged.

Terpil, it is alleged, was recruited by Cubas General Intelligence Directorate. The former CIA analyst Brian Latell wrote in his book Castros Secrets that he was given the codename Curiel (guinea-pig) and was used in operations to try to persuade CIA officers to defect. Terpil never discussed in detail his relationship with the Cuban authorities, but always insisted he had no ideological affinity with his hosts. I told Fidel when I got off the plane, Im no fucking communist, he said.

Cuba from the late 1970s to the 1990s was a destination for fugitives from US justice, including convicted murderer and former Black Liberation Army member JoAnne Chesimard, and Robert Vesco, on the run for a $200m securities fraud. Vesco and Terpil set themselves up as business consultants to the Cuban government, allegedly offering their network of contacts in return for a life of relative freedom.

In the mid-1990s, at a time of a mild thaw in US-Cuba relations, both were put under house arrest for swindling their hosts. Vesco reportedly died of cancer in Havana in 2007, although Terpil always disputed that. Tom [Vescos alias] is in Sierra Leone, he said.

It was never quite clear what Terpils legal status in Cuba was in his last years. Was he under some form of mild house arrest? He barely left his modest home. His long-term partner was affectionately referred to as his jail-master. Over the years he appeared to fall off the US authorities radar, never making it to the FBI most wanted list.

He did, however, express some concern that the future warming of relations between the US and Cuba might mean that he found himself traded for Cubans jailed in the US, or deported to the country he still claimed to love but last saw in 1980. Days before US secretary of state John Kerry came to open the new American embassy in March 2015, I asked him how he felt. Put it like this, he said, with his usual black humour. If they ask me to the first embassy reception, Ill politely decline.

His death comes just three weeks before President Barack Obama is due to visit Cuba, the first time a serving US president has done so for 88 years. Some may suggest Terpil has faked his own demise. He no doubt would have relished the prospect.

But in the past 12 months his health had deteriorated rapidly. He knew the end could come at any moment. Last year complications from diabetes had led to the amputation of one leg and part of his foot in a Havana hospital. His wife Nurys says that he died peacefully at their home on 1 March, of heart failure.