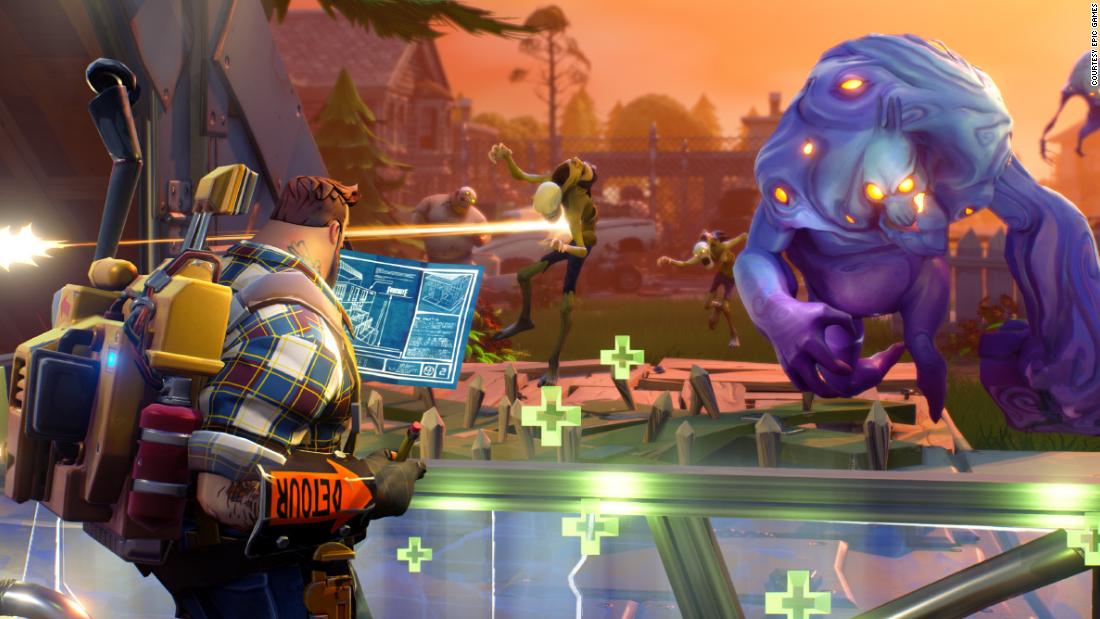 (CNN)As soccer’s World Cup wraps up this weekend, you might not have to wait long for another international competition.

If you’re a parent, chances are you’ve heard of “Fortnite,” and if you’re on social media at all, chances are you’ve seen it. The basic concept involves 100 gamers who are dropped on a virtual island and fight to be the last player standing.
Based on that concept, the developers of “Fortnite” say they plan to hold a first-of-its-kind World Cup for the game in 2019. Even though no firm date has been announced and qualifiers aren’t until the fall, potential prospects aren’t treating the summer like an off-season.
“This is our gym,” Tommy Nguyen said as he sat in his Washington-area basement waiting for the loading screen to disappear so he could drop into action. He and his friend Jeremy Visoutsri train three to four hours a night in hopes of being among the few to qualify. “I enjoy playing it with my friends, but I also do love winning,” Nguyen said.
They run a Facebook group together in hopes of connecting some of the best gamers in their region. “We have a lot of undiscovered talent here in the area,” Visoutsri said.

‘I’ve ever seen anything at this scale before’

The game exploded to more than 125 million players in a matter of months, developer Epic Games says, and is now set to offer $100 million worth of prize money to be split among events at different levels of qualifying competition across the world. For perspective, the total prize money awarded in 2017 for all e-sports was around $112 million.
For all the hype, there is a major question at the center of all of this: Why is the game so popular?
Benjamin Lupo, known online as “Dr. Lupo,” is a full-time gamer and has more than 3 million followers online largely just for playing the game and streaming it live. In March, the rapper Drake teamed up with Lupo’s frequent playing partner, known as “Ninja,” for a few matches. At the livestream’s peak, more than 600,000 people were watching them play live.
“Everybody started looking at it a little differently when that happened because suddenly it’s penetrated into pop culture in a way nobody thought was possible,” Lupo said. “I don’t think I’ve ever seen anything at this scale before.”

‘It makes me feel less nerdy’

Outside the game, if you’ve been watching the World Cup, you may have noticed English star Dele Alli break out a “Fornite” dance after scoring a goal, a practice he’s made a habit of on his usual Tottenham Hotspur club.
In the United States, the Houston Astros have made it a habit of getting a “Fortnite” dance in at the end of games, and Los Angeles Lakers player Josh Hart always has the game in the back of his mind.
“It makes me feel less nerdy, definitely seeing some of my idols in professional sports playing,” Visoutsri said. “Kind of makes me feel like, hey, this is popular, this is something I can enjoy with a broad audience of people.”
With the prospect of a World Cup and large prize money, that audience could be getting even bigger. “I think the game is still on the climb, which is scary to think because it’s already massive,” Lupo said.
Lupo helped award scholarships to the next generation of gamers and said he sees playing at this scale as an opportunity. “Gaming is more than just sitting in your basement with a controller in your hand,” he said. “There are people out here trying to do things with it, trying to change lives, and hopefully we’re setting a good example.”
And when it comes to a World Cup, it’s an example that, for many, will offer a different type of beautiful game.

Despite problems, Mark Zuckerberg is proud of Facebook’s 2018