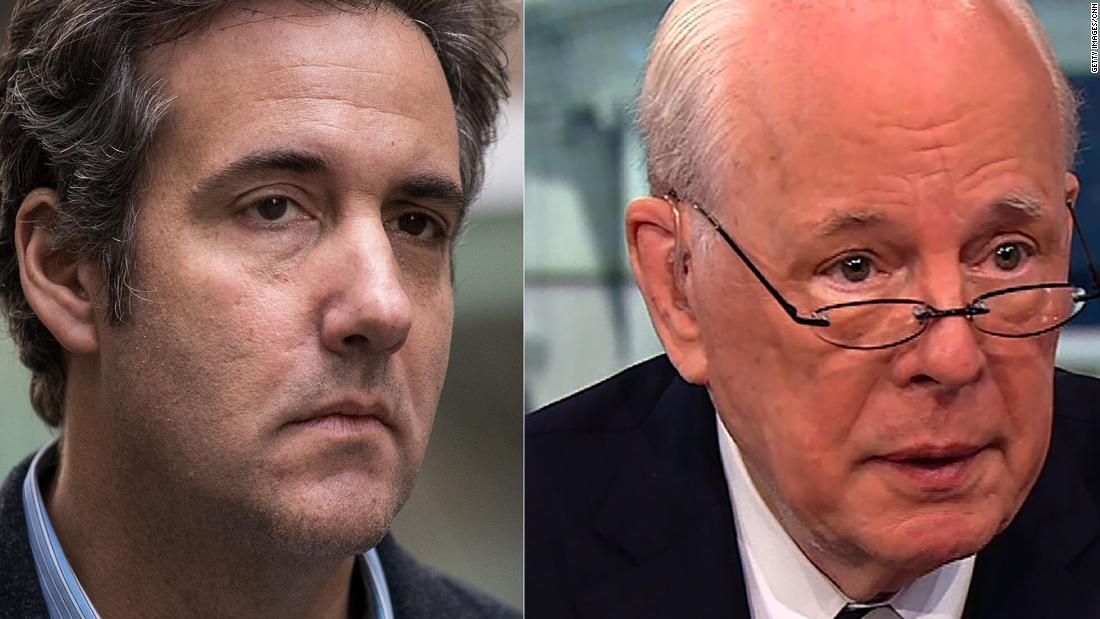 Dean, who served time in prison for his involvement in the Watergate scandal, was discussing a sentencing memo from the Manhattan US attorney’s office, which was the first time prosecutors have said Cohen acted at the direction of Trump when the former fixer made payments to silence women who claimed to have had affairs with Trump prior to his time running for office.
Trump has denied the affairs and has not been accused of any crimes related to the payments.
But when Cohen pleaded guilty in August to campaign finance violations connected to the payments as well as other charges, he stated in court that he had been directed by Trump.
“In his allocution, he implicated Trump directly,” Dean said of Cohen. “And he was doing it, his instructions, that’s why the payments were made and they were for his benefit.”
In the sentencing memo on Friday, prosecutors wrote, “In particular, and as Cohen himself has now admitted, with respect to both payments, he acted in coordination with and at the direction of Individual-1.” Individual-1 is the term prosecutors have been using to refer to the President.
Cohen pleaded guilty in August to eight federal crimes, including tax fraud, making false statements to a bank and campaign-finance violations tied to his work for Trump, including hush payments Cohen made or helped orchestrate.