Two US companies have pulled their sponsorship from a New York production of Julius Caesar because it depicts a Trump-like character grisly ending and all. But the bard has other characters that better fit the US president 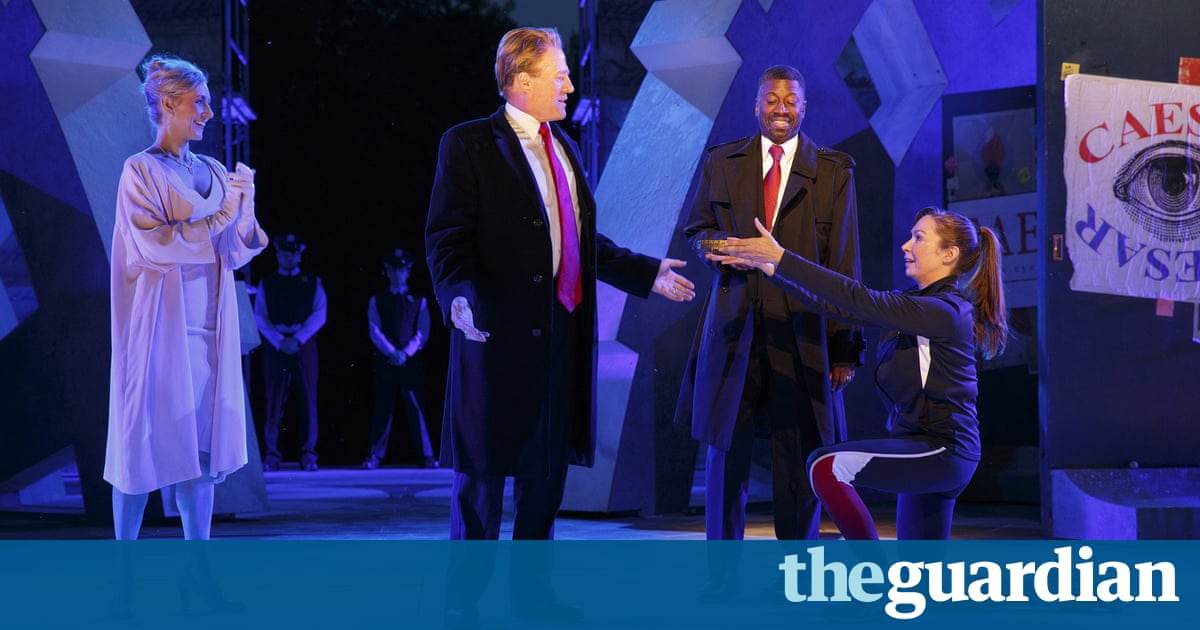 Sponsorship, a British director once told me, is implicit censorship. As if to prove the point Delta Airlines and Bank of America have pulled out of funding a New York Shakespeare-in-the-Park production of Julius Caesar on the grounds that the Roman dictator is played as a blond-haired bully with an American tie-pin and a Slavic wife. A spokesperson for one of the sponsors said the portrayal of Caesar was clearly designed to provoke and offend, which some of us thought was one of theatres basic functions.

But is there scope for re-casting other Shakespeare plays with Trump lookalikes? Some may be tempted by the idea of a Trump Lear in that Shakespeares monarch has a shaky grasp of reality, carves up his kingdom among his family and is confronted by his daughters ingratitude; but, although Ivanka Trump allegedly tried to persuade her father not to pull out of the Paris climate agreement, the mad Lear has a tragic grandeur entirely missing in Trump. Its easier to envisage a Trump-like Richard III. After all, the character is a satanic joker who systematically wipes out all obstacles to ultimate power, puts on a false face to deceive the populace and is ultimately confronted by his own hollowness. As he says on the eve of battle: There is no creature loves me; and if I die, no soul shall pity me.