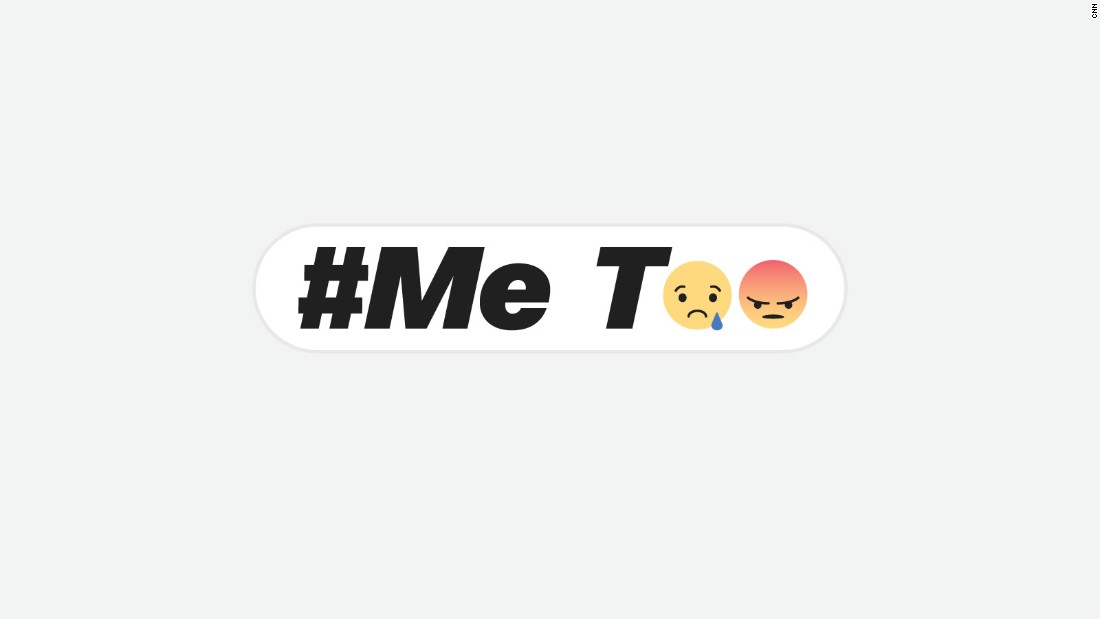 (CNN)It only took two words to open the floodgates: “Me too.”

Since actress Alyssa Milano asked those who have been sexually harassed or assaulted to use the phrase on social media Sunday, Twitter says that over 1.2 million tweets have used #MeToo, while Facebook has had millions more.
“I’m not surprised by how many people are posting about it,” said clinical psychologist Sarah Lowe, who studies long-term psychological consequences of traumatic events at Montclair State University in New Jersey.
“Generally studies say one in four women have been sexually assaulted in their lifetime, and one in ten men,” added Lowe, “and those numbers definitely underestimate the problem, considering the hesitation by many to report sexual assault.”
“When we use a broad definition that encompasses street harassment,” added social psychologist Kimberly Fairchild, who studies objectification of women at New York’s Manhattan College, “sexual harassment is a near universal experience for women.” 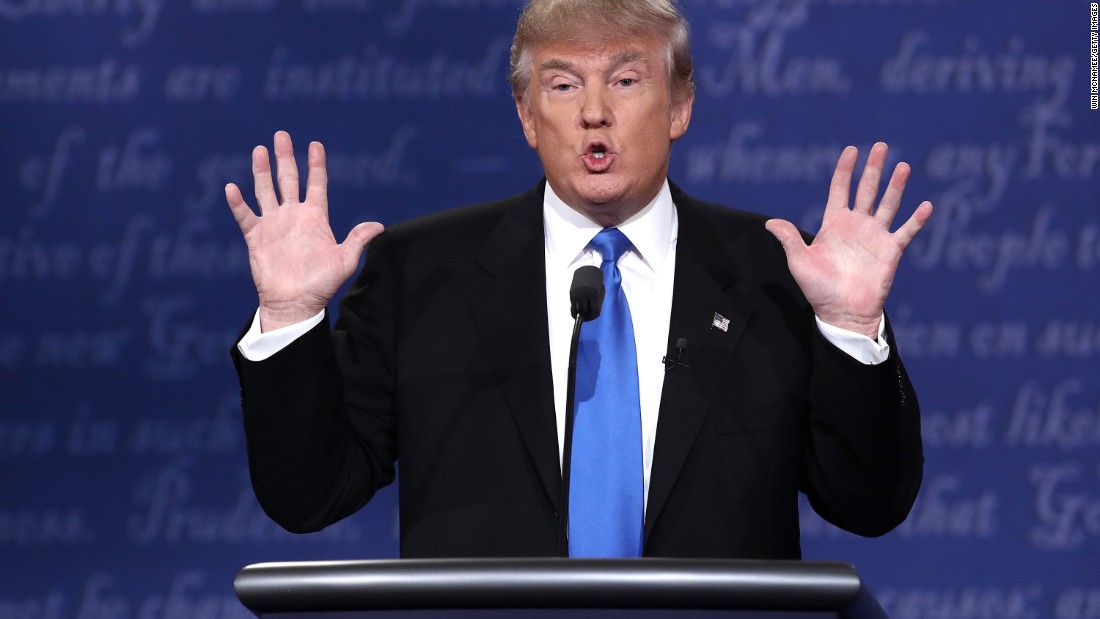 For many victims, #MeToo is an obvious rallying cry, giving them an opportunity to break their silence in an atmosphere of acceptance and camaraderie.
“If you have an impulse to speak out that you’ve been holding on to for 20 years, and you see others speaking out, you do it,” said trauma therapist Kathleen carterMartinez, author of “Permission Granted: The Journey from Trauma to Healing from Rape, Sexual Assault and Emotional Abuse.”
“Years ago we didn’t have that, and it was far more difficult to speak up,” she said
“There’s normalization and validation in this movement, as it takes away the shame, secrecy and stigma that is so common in situations of abuse,” said therapist Joyce Marter, founder of Urban Balance, a multi-site counseling center in Chicago. “I think it is a good thing.”

For some, sharing is more trigger than rallying cry

But while a spotlight on the topic is welcome, therapists also worry that the movement might backfire on the most vulnerable of their clientele.
“Because #MeToo is so prominent, a lot of my clients feel it’s inescapable,” said Boston therapist and sexuality educator Aida Manduley, “and I am concerned with the victims of sexual trauma and violence who are saying to me ‘I can’t get away from the trigger, it’s everywhere.'” 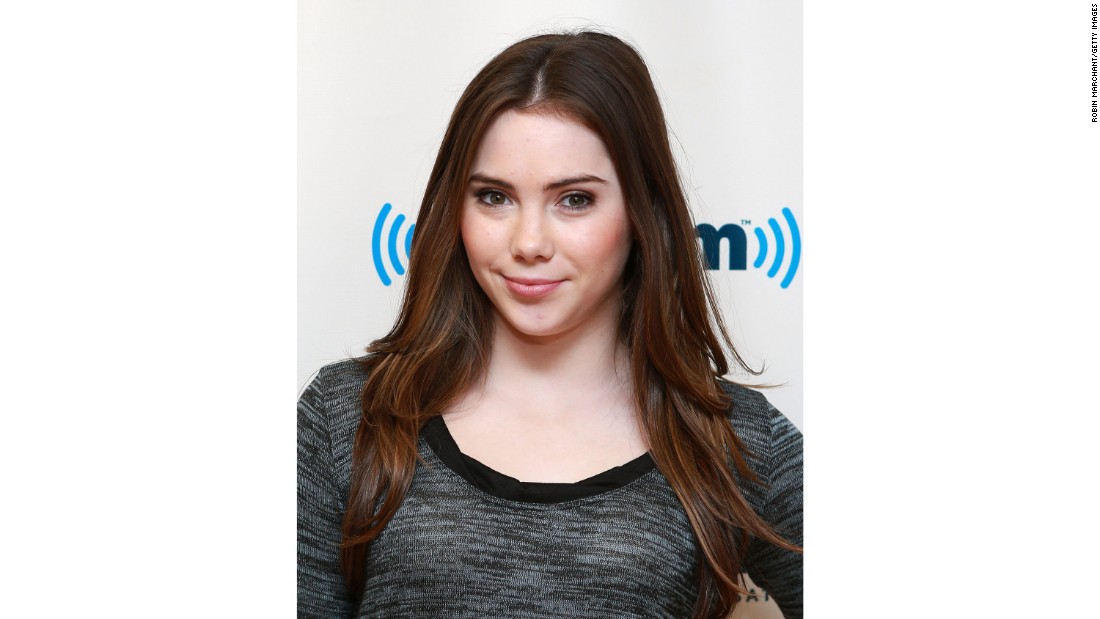 “My concern for survivors is that it could be retraumatizing,” said Marter. “It leaves that person very exposed and vulnerable, especially if friends or loved ones don’t respond or respond unfavorably, such as questioning if the abuse was real.”
“I have been sexually assaulted, and I only feel comfortable talking about it here because I’m anonymous,” wrote sesame-noodle on Reddit. “I’m proud of my friends who feel safe enough to say something on Facebook. But it’s too painful and triggering for me to make it so public.”
Reached via email, sesame-noodle agreed to talk about her feelings if she was not identified in any way but through her Reddit profile.
“For me, #Me too is a trigger because I really don’t want to dig up all my unresolved feelings and put them out there in public,” she explained. “I don’t want my Facebook acquaintances to know my most personal experiences, and I don’t want to see their stupid sad emoji reactions.
“For a lot of people, #Me too is empowering, so I’m on board with it,” she continued. “I’m just not going to connect myself to #Me too, because it will do more harm than good for me.”
Twenty-seven-year-oldCharlotte, who did not want her last name used, agreed. She said that because she is still friends with her abuser on Facebook, she couldn’t bear the thought of sharing her trauma with the world. 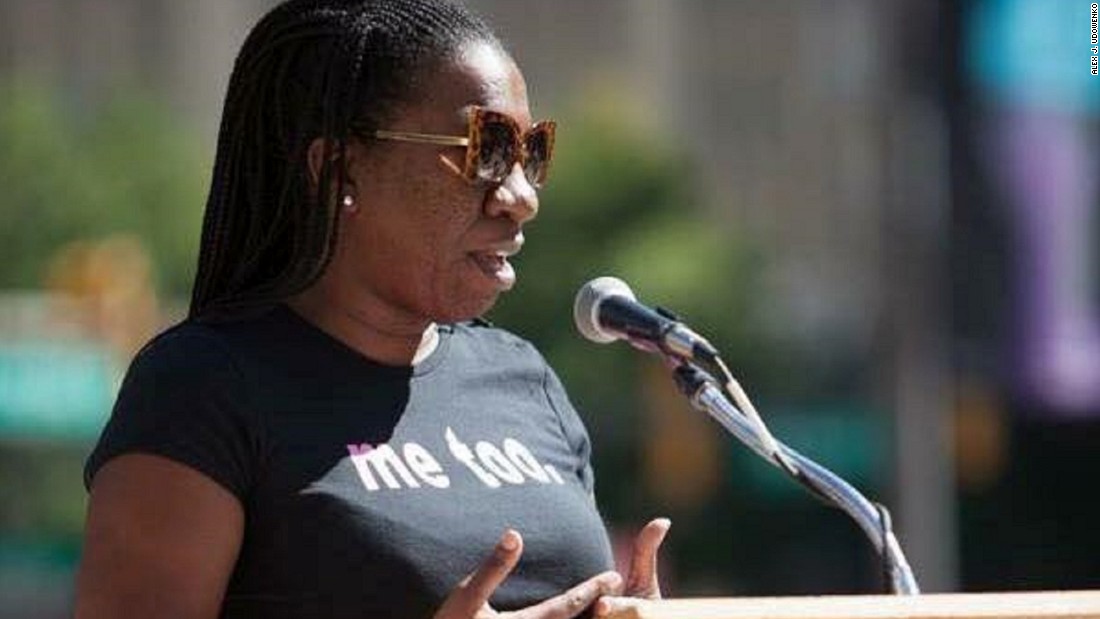 “When I first saw the posts, I felt excited and empowered, too,” she explained via email, “but the more I imagined myself participating, the more I felt like I was falling down an endless hole. What if people asked questions?
“My throat tightened as I started to remember my own experiences,” she continued. “From the predatory remarks on the street, unsolicited groping and rubbing in dance clubs, to inappropriate childhood ‘games’ with an older and trusted person, to a family member locking me in his bedroom to do things I’d rather not remember. I felt nauseous, yet what had happened to me was mild compared to many others.”
Charlotte said that while she supports the #MeToo movement, for her the posts “further reinforce how alienated and lonely” she feels about her inability to comment publicly, and she worries that those feelings will pressure others like herself to speak up before they are ready.
“DON’T DO IT!” said trauma specialist Linda Curran via email. Curran, a clinical psychologist, is the author of “Trauma Competency: A Clinicians Guide” and speaks on the topic internationally. 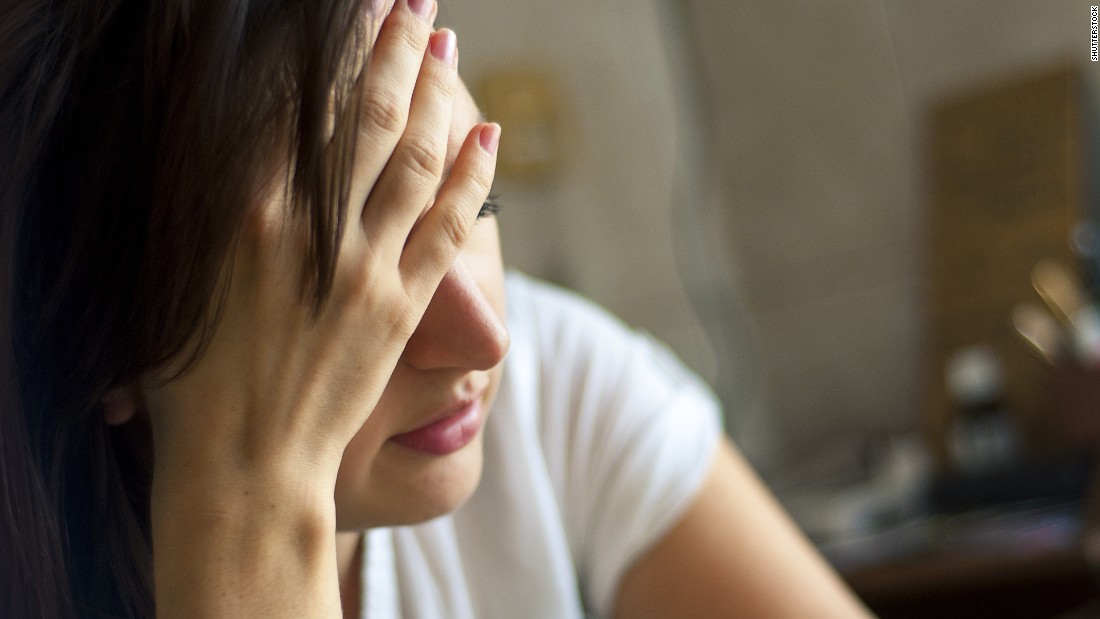 “Making your history public should only be done when you feel resourced enough to tolerate the effects of the disclosure,” Curran added. “It’s not heroic; it’s retraumatizing.”
You don’t owe anyone your story,” agreed Jaclyn Friedman, author of “Yes Means Yes! Visions of Female Sexual Power and A World Without Rape.” “Not sharing doesn’t mean it didn’t happen to you or it is less valid, or you are not part of standing up against violence.”

Survivors who wish to join the #MeToo movement without oversharing, said Manduley, could consider other levels of engagement.
“The first level might be witnessing, such as liking posts,” suggested Manduley, “and then signal boosting, such as re-sharing articles and comments.
“A step above that might be to like and share with some commentary,” Manduleyexplained. “And a step above that might be to give a bit more personal information, even if it’s just #MeToo.”
Yet another option, said therapists, is to disengage.
If you are feeling flooded or overwhelmed, give yourself a break from the news or social media,” said Marter. “It doesn’t mean you’re not a feminist or you don’t care, it’s just you taking care of yourself, which is the most important thing to do.” 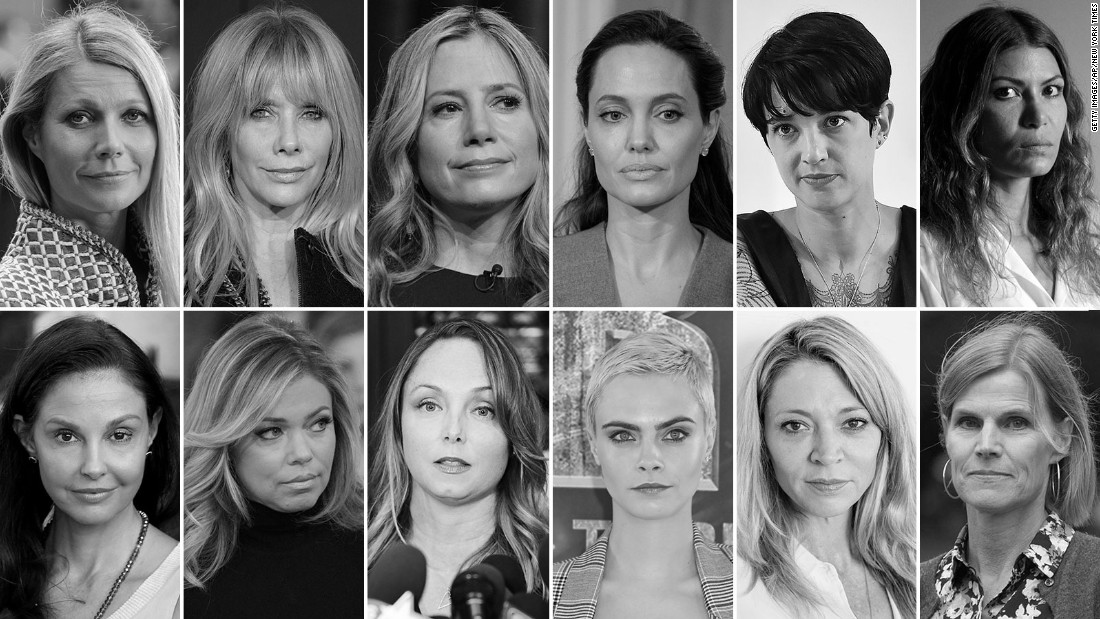 “On Twitter, there are apps you can use to block a hashtag, so it doesn’t show up in your feed,” said Friedman, who has just released her latest book on social harassment, “Unscrewed: Women, Sex, Power and How to Stop Letting the System Screw Us All.” “It’s really OK to opt out if this is not for you.”

Even reading a few of the voluminous #MeToo posts can be triggering for those with previous trauma.
“Conversations can and certainly do trigger memories all the time,” said Curran. She said that if those memories are unresolved or unprocessed, they can still be highly charged, and people may re-experience the memory as if it is happening in the present.
While everyone reacts differently, some of the symptoms of that reaction, she said, could be flashbacks as well as nightmares, night terrors and “body memories” of the trauma in which your body recreates the sensations of the attack that may feel as real as the actual event.
“Intrusive thoughts, obsessive thinking, difficulty with appetite, concentration or making decisions are also signs that you might be suffering a reaction,” said Marter. “Distractibility, or being hypervigilant, or a startle response are all trauma symptoms, as are headaches or stomachaches.”
If a trauma survivor has any of these symptoms, said experts, take action.
“Pause and get grounded, “suggested Marter. “I believe in the power of deep breathing, medication, yoga and other mindfulness practices that bring your attention back to the present and out of the flight, fight or freeze trauma response.
“Then reach out to a counselor or someone you trust to talk to, maybe even someone on a hotline,” she said. “Just getting support is important.”

To help those who are sharing their painful experiences, experts suggest friends and loved ones be extremely caring in their reactions.
“Do not ignore them,” said Marter. “Don’t be a part of the culture that ignores and acts like this isn’t happening; that’s part of the problem. Acknowledge that you have seen the post.”
While it might seem inappropriate to “Like” a post about sexual abuse, Marter suggests using the love emoji or angry face, or “whatever works to convey that you’ve seen the post and you are moved by it. You can add a comment like ‘thinking of you’ or ‘sending good thoughts.’ “

Whatever you do, said Marter, don’t ask for more details or try to become their therapist.
“You could have the best of intentions and still stay something harmful,” she warned. “And asking them ‘What happened?’ is asking them to share more, and when you’re a trauma victim your boundaries have been violated. Asking them for more information can be even more traumatizing.”
“You need a community of people who are compassionate listeners,” said carterMartinez. “You don’t have to have shared the experience to be a compassionate listener. The only requirement is a wish to help, to be part of the journey, to sit in the circle of healing.”