Floyd Mayweather, the narcissistic former champion, may be one of the greats but he prioritised sleep over any show of respect at a recent engagement in London 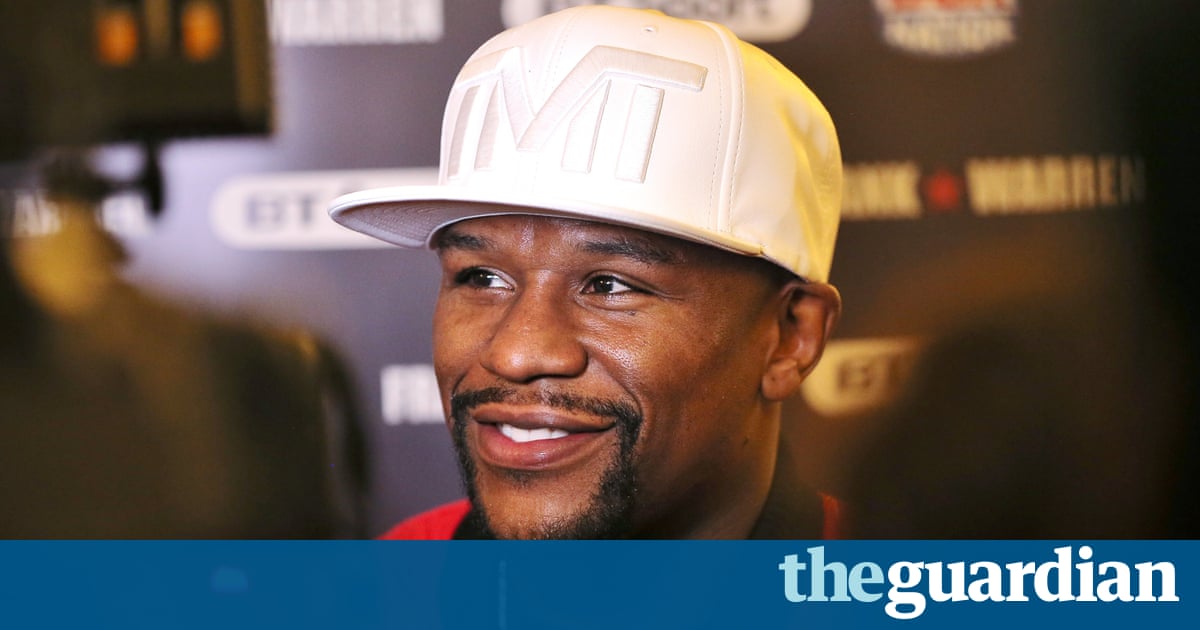 Floyd Mayweather deserves to be regarded as the finest defensive boxer of his time and one of the best welterweights in history, although, contrary to his own repeated assertions, not greater than either of the Sugar Rays, Robinson and Leonard.

Anyway, what Mayweather does not deserve until he proves otherwise is the respect of British fans who came away from his recent speaking tour livid that he had short-changed them.

Anyone gullible enough to pay to watch a freak show between Floyd and the UFC star Conor McGregor in Las Vegas on 20 June (the latest date being pushed) was probably among the hundreds of disappointed punters who waited several hours for Mayweather while he had a two-hour nap before granting them an audience after midnight in London. When he got there, he said little of consequence, which has been his schtick for a long time. Still, it is of a piece with one of sports enduring narcissists.

Mayweather is not slow to remind people he is still the biggest name in boxing (which is true, even though he has not thrown a punch since he closed out his career at 49-0 against Andre Berto 18 months ago). And he does have some important friends: like Donald Trump.

Mayweather might have treated his British fans lightly but he is not always so rude. He was quick to accept an invitation to the inauguration of Trump, whom he is proud to call a friend. There is no evidence he turned up but, strangely, Floyd did not get a namecheck on a shortlist of celebrities that sets a new low in shortlists. Maybe he was having a nap.

The sports best boxer post-Mayweather, Gennady Golovkin, returns to the ring at Madison Square Garden on Saturday night, six months after beating up the brave but smaller Kell Brook in London. His opponent is Daniel Jacobs, who overcame a rare form of bone cancer that partly paralysed him from the waist down six years ago to rise to the summit of his sport. We didnt know if he was going to be able to walk again, his trainer Andre Rozier said.

Anyone who thinks boxing is just showbusiness should maybe look more closely at the people who provide the entertainment. They are not just song-and-dance performers who throw exciting punches on the night; the sacrifices they make are bigger than those made by nearly anyone in sport.

They rightly call 30-year-old Brownsville graduate Jacobs The Miracle Man and he does not appear to have an enemy in the business although the 29 opponents he has stopped in 33 bouts might have reservations about his charity to mankind. The odds are, though, that Golovkin will not be number 30.

Golovkin is 35 next month, a number Oscar De la Hoya keeps in his mind in the tortuous discussions he has had with the champion for a showdown with Sal lvarez. Canelo has chosen instead to fight his Mexican compatriot, Julio Csar Chvez, in May. lvarez-Golovkin has to happen; when is the conundrum.

But the smiling man from Kazakhstan who calls California home is that rare beast in boxing: an ageless champion with plenty of patience.