We are living through an epidemic of sleeplessness, but the medical establishment has largely ignored the problem. Can a radical new therapy help you get some sleep? 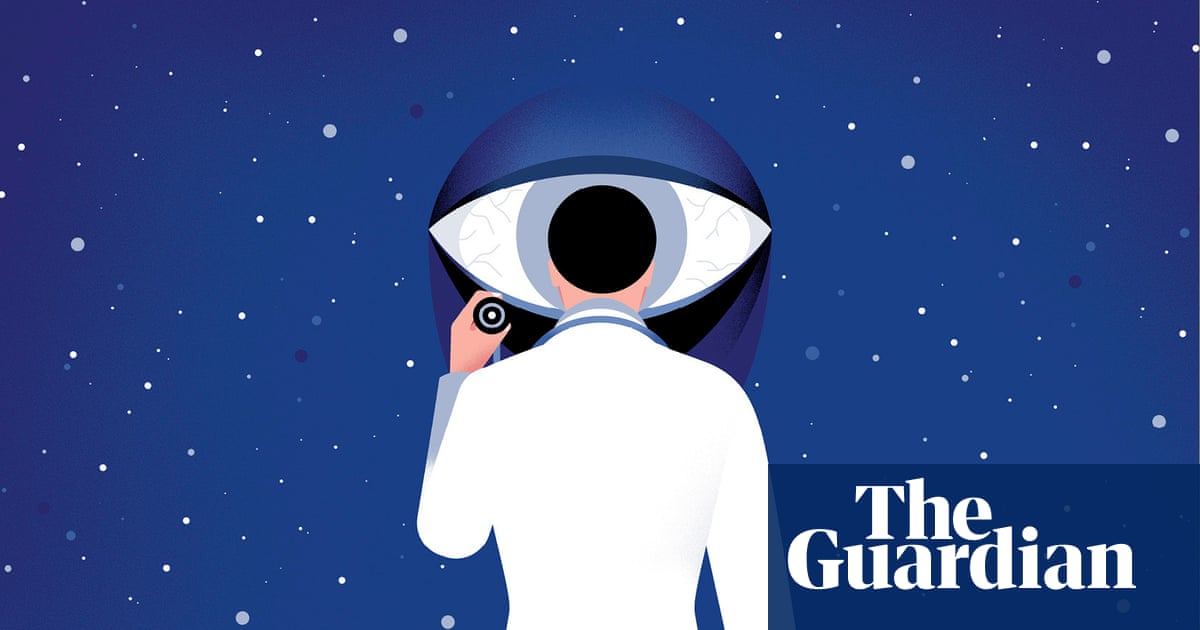 We live in a golden age of sleeplessness. The buzz of the all-night streetlamps, the natter of 24-hour news anchors, the scrolling Niagaras of social media feeds have built a world that is hostile to sleep. Night is no longer clearly delineated from day. The bedroom is no longer a refuge from the office. The physical and psychic walls that once held back the tides of work and social interaction have failed. As the essayist Jonathan Crary put it, sleeplessness is the inevitable symptom of an era in which we are encouraged to be both unceasing consumers and unceasing creators.

To the wakeful, insomnia can feel like the loneliest affliction in the world. But an estimated third of British adults suffer from chronic insomnia, defined as having adequate opportunity but inadequate ability to sleep, for a period of at least six months. Insomniacs dutifully set aside a seven-or-so-hour stretch for rest. They make the bed. They draw the curtains. But when ear kisses pillow, they are suddenly wakeful. Many have sought help. Between 1993 and 2007, the number of people in the UK who visited their doctor complaining of insomnia nearly doubled, while NHS data shows, in the past decade, a tenfold increase in the number of prescriptions written for melatonin, the hormone that regulates sleep.

The effects of insomnia can be ruinous. In his recent bestseller, Why We Sleep, the neuroscientist Matthew Walker wrote: “The decimation of sleep throughout industrialised nations is having a catastrophic impact on our health, our life expectancy, our safety, our productivity and the education of our children.” A 2016 report by the Centers for Disease Control and Prevention, claims that insomnia increases the risk of heart attack, cancer and obesity. Insomniacs are far more likely than sound sleepers to suffer from chronic depression. Insomnia is related to all major psychiatric conditions, including suicide risk (although there is still a debate as to whether sleeplessness is the cause or the symptom). Each year, as many as 1.2m car crashes in the UScan be attributed to tired drivers.

None of this is news to the droopily Googling insomniac who, fearing obesity, heart disease, accident and poverty, is subjected to yet further sleep-skewering anxiety. Fearing their problem is untreatable, or that no doctor will take them seriously, many people who suffer from insomnia never seek medical advice. And in Britain, where doctors are hesitant to prescribe sleep drugs for longer than a week or two, who can blame the insomniac? There are a few NHS sleep clinics in the UK, where patients can be tested for the respiratory issues that often cause sleeplessness, but waiting lists are dispiritingly long. Moreover, for decades, inside the British medical establishment there has been only a glancing interest in insomnia, a specialism that one consultant refers to as the “Cinderella of medicine”.

There is, it turns out, a London clinic that has achieved remarkable results. Founded in 2009 by Hugh Selsick, a South African psychiatrist, the Insomnia Clinic in Bloomsbury has revolutionised treatment for sleeplessness in the UK. As Britain’s only dedicated insomnia facility, more than 1,000 patients have passed through the clinic at a rate that has quickened to, in 2018, 120 new casesa month. According to the clinic’s figures, 80% of patients report major improvements, while almost half claim to have been fully cured. This success has earned the clinic an enviable reputation and a waiting list to match; patients can wait two years for a consultation.

At the root of Selsick’s approach is a revolutionary assertion that has led to a new approach to treatment, quite unlike the old wives’ tales with which, in the absence of a coherent medical solution, every insomniac will be familiar. Where, for decades, insomnia has been treated as a symptom of another issue (if indeed it has been treated at all) Selsick contends that insomnia is not merely a symptom, but a disorder in its own right. This remains an unorthodox view. Yet, for Selsick’s patients, the approach does more than fix a category error: it provides a life-changing validation, a route out of helplessness, a way of getting to sleep.

I have come to hate my bedroom. What should be a place of rest and, in a good month, the odd romantic scuffle, has become a psychic battleground. Since I turned 18, the process of drifting off has become ever more easily torn. The pops and creaks of the settling house are enough to pull my wary brain from its slow descent. The sound of a lorry, or an orgasmic fox, can keep me tossing fretfully till 3am, the hour at which, as Ray Bradbury put it, we insomniacs glumly watch as “the moon rolls by … with its idiot face”.

In the nagging light of the alarm clock, emotions grow heightened. The slightest wiggle, tut or guff from a bed partner is enough to arouse fury, as I’m whooshed back to a state of bounding wakefulness. The paradoxical exasperation of the insomniac is this: the more you try to sleep, the more you fail. So here I must lie, tipping from fury to dismay, contemplating the various ways in which the coming day is fucked.

It is impossible to explain to the sound sleeper what it is like to not sleep. Still, the writers and artists try. “Night is always a giant,” wrote Vladimir Nabokov, of the foreboding sense of peril he felt on entering his bedroom. (One of Nabokov’s insomniac characters wished for a third side after trying and failing to fall asleep on the two he had). Chuck Palahniuk, whose novel Fight Club was inspired by insomnia, would have to imagine picking and losing fights in order to drift off. F Scott Fitzgerald, not a writer prone to hyperbole, described insomnia with sullen childishness as “the worst thing in the world”.

Over the years I have developed rituals and incantations: the solemn depositing of the phone in a separate room, the scorching shower, the banana nightcap. As the fear of sleeplessness builds over weeks and months, obsessive, quasi-superstitious behaviours become established. Vincent van Gogh would pour a turpentine-like liquid on his mattress, a decanting intended to cast the spell of sleep. WC Fields claimed he could only fall asleep to the sound of rainfall, and his dutiful lover Carlotta Monti would spray water from the garden hose against the bedroom window till he dropped off (today, a range of apps can provide similar soothing soundscapes).

These eccentricities have, perhaps, enabled the rest of the world to view insomnia as a minor affliction. As well as feeling scorned, the insomniac comes to develop a sense of shame. Sleep is the most natural thing in the world; to fail makes the sufferer somehow unnatural. So it was with panda eyes and an anxious mind that I slipped through the front door of the Royal London Hospital for Integrated Medicine in Great Ormond Street, London, to meet the doyen of insomniacs.

Hugh Selsick cannot be absolutely certain, but he estimates that he has met more insomnia sufferers than any other person in Britain. Yet, when he enters the waiting room for his insomnia clinic, he has no idea which one of the expectant faces is his patient. Most long-term insomniacs show none of the telltale physical signs of fatigue. It’s a hidden, private affliction.

Selsick places extraordinary importance on this initial meeting with a new patient. He knows that they may have been suffering from insomnia for decades, a period over which they have seen multiple family doctors, who have time and again given them the kind of advice you might give a fretful child: take a warm bath or a glass of milk before bed. When he sits down with the patient for the first time, Selsick’s primary goal is simply to let them know, perhaps for the first time in their lives, that someone is about to take them seriously.

“For years nobody has understood what this person is going through,” he told me, as we sat in his narrow office. “Then suddenly they are sitting in front of someone who says, ‘Yes, I can see this is a problem, and yes, we can treat this.’” Some patients well up. Others hold their heads in their hands, in shocked relief. Whatever the reaction, Selsick, who is soft-spoken, kind-eyed and bald as an acorn, said that, in that moment, a bond of trust is established that is stronger than any other he has known in his career as a psychiatric doctor.

In this, our first meeting, I felt something of that emotional intimacy. Through shame, or a worry that he might think I was trying to jump the waiting list, I had not mentioned my own struggles with sleeplessness. His kind manner, and open acknowledgment of the pervasive awfulness of insomnia, was both comforting and thrilling.

Still, the insomnia clinic’s reputation has not been made on bedside manner alone. Selsick has designed a five-week programme that combines cognitive behavioural therapy (CBT), designed to break a person’s negative associations with their bedroom, and the entire business of drifting off, with something Selsick terms “sleep efficiency training”, a calibrated reduction of the amount of time the patient spends in bed.

Today, Selsick and another consultant run the clinic with support from a GP who works one day a week and an associate specialist psychiatrist, who is supported by a trainee. Patients travel from around the country to visit, and about 80 patients visit the clinic’s weekly group classes. “We are constantly expanding, but we are still battling to meet the demand,” Selsick said.