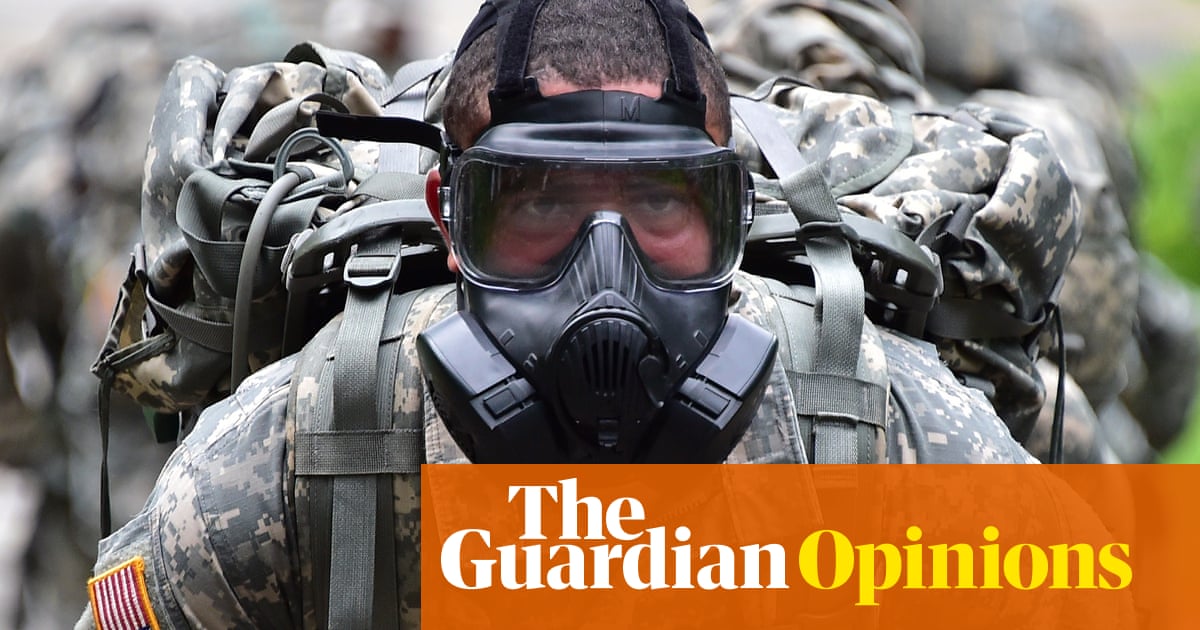 Donald Trump’s three-quarters-of-a-trillion-dollar defense budget request submitted to Congress last month contains a dirty secret, one that should make us all think twice about perpetual war and public support for it.

The youth of America don’t want to serve in the military any more.

The situation has become so dire that just to maintain America’s ground forces – the army and Marine Corps – the two services are resorting to unprecedented pay raises, bonuses and socialist trappings.

And things are going to get worse. This year, for the first time ever, Americans born after 11September 2001 will be able to enlist in the armed forces. It’s a sobering reminder both of how long we’ve been at war but also how distant those very wars have become from America’s youth. And yet official military polling shows that fewer and fewer young Americans consider the military as a career or as a transitional step – only some 12.5% – the lowest number in a decade.

The 12.5% is bracing, but based on a complex math that balances losses from deaths and injuries, retirements, attrition and discharges, the army and Marine Corps only needs about 100,000 recruits to maintain current force levels. That’s just 2.4% of the 4.2 million Americans who will celebrate their 18th birthday this year. And yet the military is looking at its third or fourth year in a row where it will struggle to even find these numbers.

In order to attract a sufficient number of those who are able to serve, the Pentagon spends $1.6bn on recruiting. And this year, the army is offering new recruits bonuses of up to $40,000, as well as incentives that include student loan repayments.

Those bonuses have been markedly increasing. In 2013, the army spent $121m on sign-up bonuses, a number that more than doubled to $290m in 2017. The final numbers aren’t in for 2018, but the estimate is that the number will be closer to $600m, doubling the bonuses again in a single year.

After decades of consistently managing to fill its ranks, even the Marine Corps has had to start offering cash enlistment bonuses. And in 2017, the Marine Corps lowered its standard and handed out 25% more medical, mental health, recreational drug and misconduct waivers to be able to reach its enlistment goals.

These sweeteners are all required even though nearly three-fifths of service members and their families have at least two other immediate family members who serve or have served in the military, according to a survey by Blue Star Families, a non-profit founded by military spouses in 2009. But even that pool of “legacy” recruits is dwindling. The 2017Blue Star Families Military Family Lifestyle Survey shows that a growing number of military families are no longer willing to recommend that their children join the service.

That’s why Donald Trump’s budget includes a 3.1% military pay raise, the largest in 10 years. The budget, according to the Pentagon, will also provide another $8bn for housing, schooling, youth programs and even daycare.

To compensate for so many awols in the civilian population, this year the army has cut its projected growth in half, giving up on its goal to reach 500,000 active-duty soldiers after it failed to grow at all in 2018.

The army and Marine Corps have also revised their advertising campaigns, focusing more on social media and trying to rebrand. For the marines, that means “Battles Won” advertisements that focus on military history instead of the current go nowhere wars. To appeal to women, the Marine Corps also is trying “Battle Up”, its first commercial ever to feature a female fighter. Meanwhile, the army has adopted the new slogan “Warriors Wanted” to replace “Army Strong”.

Sure, everyone agrees that the military needs techies and the cyber savvy and the happy talk from the Pentagon is that the numbers are down because the armed forces are looking for quality. But here we’re talking about just attracting basic infantry. We might debate drones and cyber and space, but this is the human guts of the military.

There have been other times that the public had been less interested in military service. Enlistments have gone up and down with the economy, or when lots of soldiers are dying – such as during the darkest days of the Iraq war. But this rate of sustained declining interest in military service, even among military families, has reached levels that should alarm – or delight – those who care about the nation’s health.