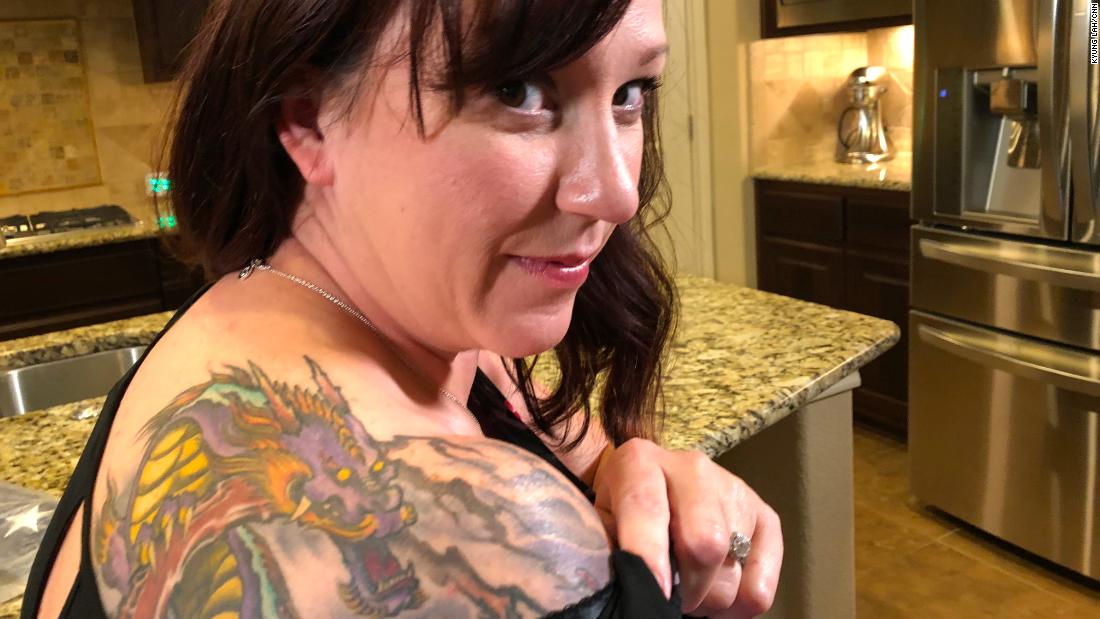 Round Rock, Texas (CNN)MJ Hegar does not hold back. “I’m an ass kicking, motorcycle-riding, Texas Democrat. That’s who I am!”

“I’m a Republican,” the woman says to Hegar. “I’d like to know, in a county that is predominantly Republican, what makes you different from our current congressman?”
That question hits on the central challenge facing Hegar who, in order to defeat incumbent Republican Rep. John Carter in November, will have to win over GOP-leaning voters. Hegar’s response — “I’m an American. I’m a veteran. I’m fighting for this country.” — is how she hopes to do it. 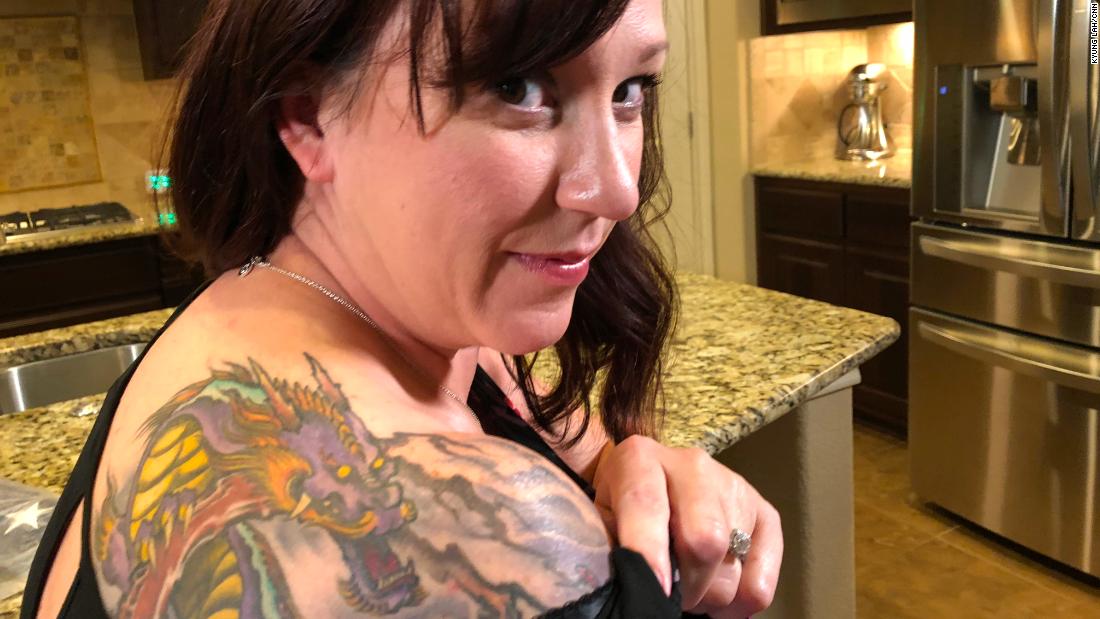 Hegar served in the US Air Force and is one of many veterans running as Democrats in the 2018 midterms. She’s part of a broader strategy Democrats have used — recruit decorated veterans with compelling biographies to reach disillusioned moderates. And these days, in this year of record numbers of female candidates running for Congress, many of them are battle-tested women.
“We worked tirelessly to recruit a historic number of candidates with records of service, including female veterans,” says Molly Mitchell, the Director of Media Affairs for the Democratic Congressional Campaign Committee, the campaign arm of Democrats in the House of Representatives. “These candidates have powerful personal stories and strong independent profiles that excite the grassroots base and prevent Republicans from successfully putting our candidates into ideological boxes. The DCCC knew that voters would flock to the stabilizing influences of veteran candidates.”

That deliberate recruitment is reflected in the current party affiliation of veteran candidates still in the running for national office. And it’s also a shift in what those veteran candidates look like. Current numbers in Congress show 65% of lawmakers who are veterans are Republicans, the vast majority of them male, says Rye Barcott, CEO and co-founder of With Honor, a super PAC formed to elect more veterans to office, regardless of party affiliation. Congressional candidates still in the running are now equal in party division, says Barcott, reflecting a surge in Democratic veterans, especially among women with compelling stories. 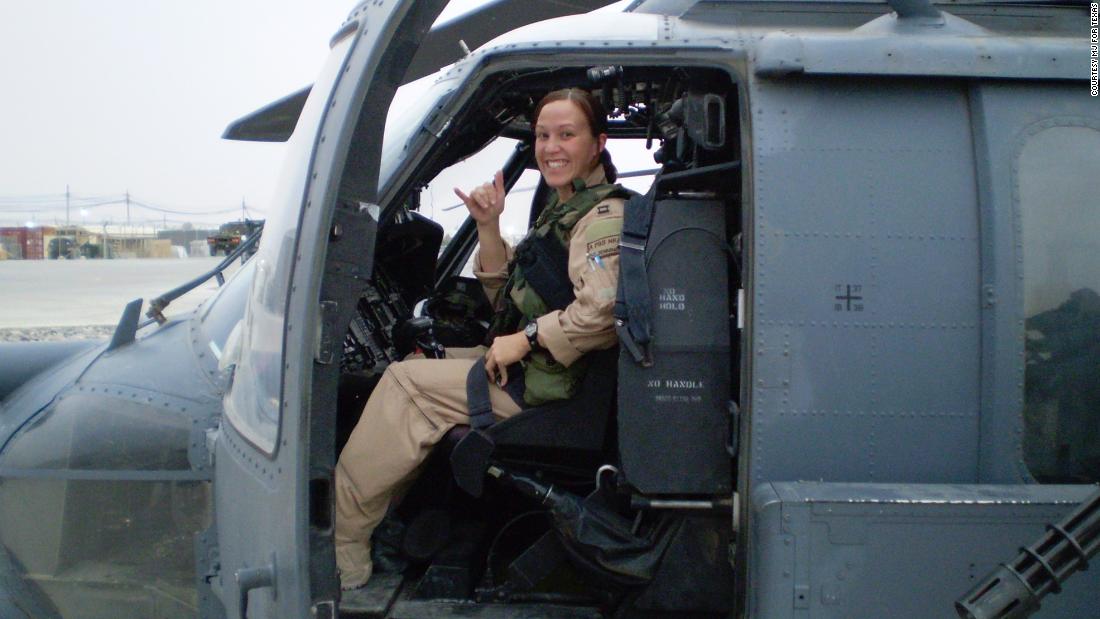 “The candidates who are advancing and who we find are most successful this year, the quality they share is that they’re authentic,” Barcott says. “They haven’t been overly coached by the DC political establishment because they’re outside of it. There’s a hunger for outsiders by voters. Candidates who are true to themselves, speak truth to power and can serve with civility, courage, integrity.”
With Honor says it’s tracking approximately 400 candidates who are veterans, with most of those candidates being first time politicians. The organization has endorsed 30 candidates from both parties for federal office, including MJ Hegar.
Hegar faces headwinds trying to flip a strong Republican district. But she became the darling of Democrats when she sprung into the national spotlight with a campaign video titled “Doors.” The more than three-minute video introduces Hegar, a retired major and pilot in the Air National Guard, and reveals her compelling biography — from three tours of duty piloting a rescue helicopter, how that chopper went down and how, even injured, she shot at the Taliban as she herself was rescued. 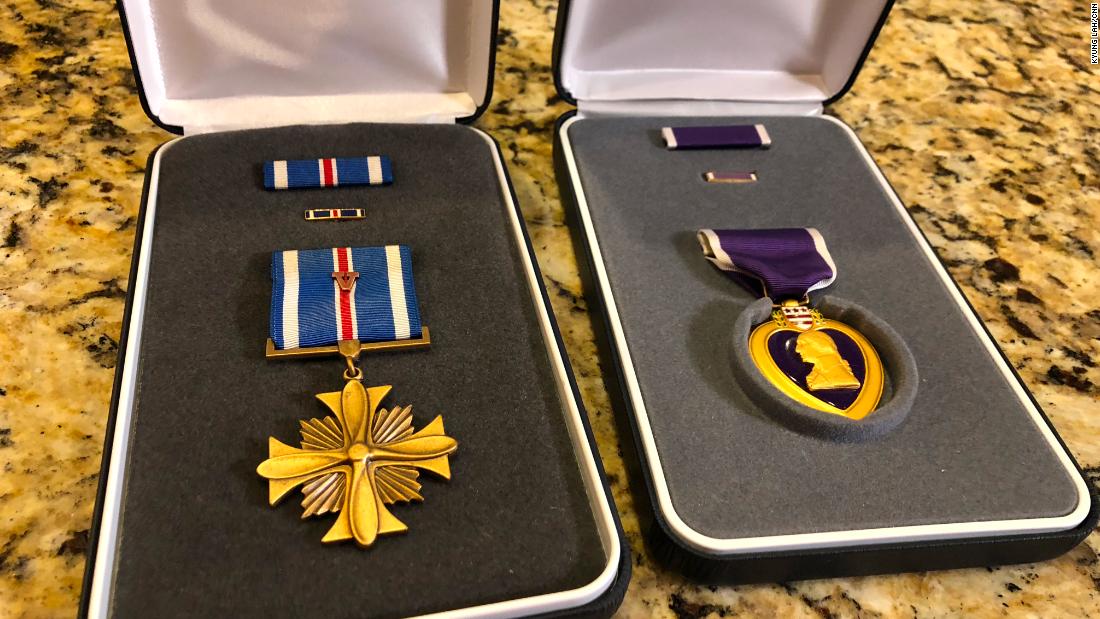 That day brought her a Purple Heart, the Distinguished Flying Cross with Valor, one of the few women in history to earn it, and many scars that she now hides with tattoos. The video continues to her fight with the Pentagon about women in combat and describes how she says she was shunned by Carter, her congressman.
“To this day, I’ve never met John Carter,” says Hegar, who adds that as a former Republican, she voted for Carter, a 15-year incumbent. Absent to her then, Hegar says today, Carter remains absent to constituents in her district. “The Republican leadership has gone off the frickin’ rails. And the things that the Republican Party stands for now are not representative of the values of the people in this district who voted Republican. I’m connected to this district, I understand the values of this district, I represent the values of this district, because I am this district.”
Todd Olsen, a spokesman for Carter, calls that charge “the exact opposite of the truth.” Olsen adds, “The congressman has won election after election because he’s a fighter and takes nothing for granted.” 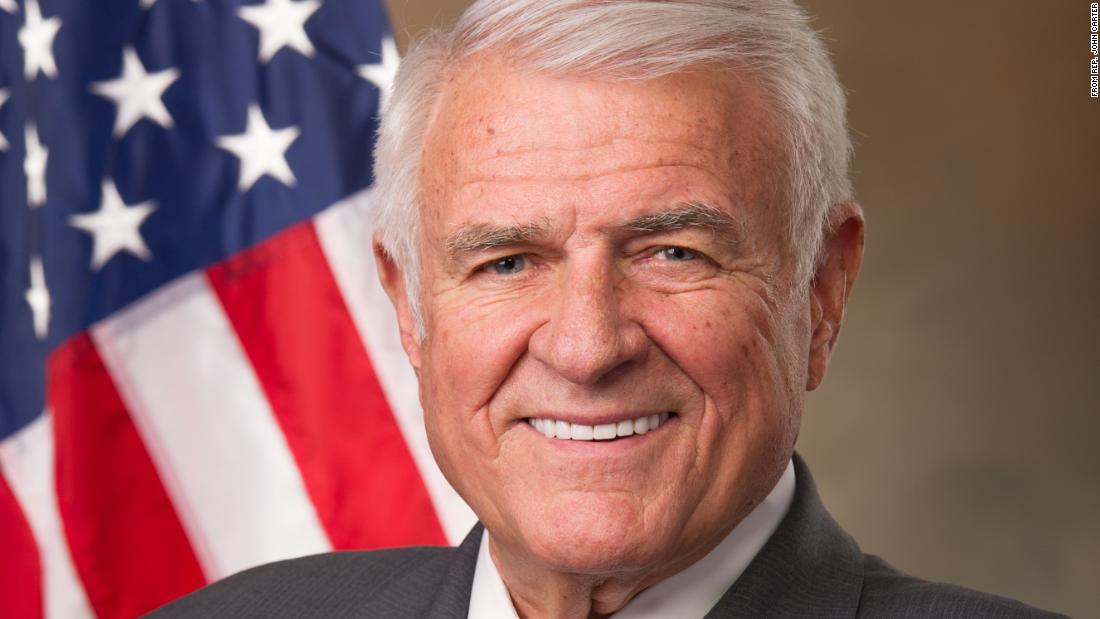 In Hegar, Carter faces a unique challenger. Hegar’s tattooed body, motorcycle riding attitude and sometimes R-rated language is igniting an energy among progressives in Texas-31 — which includes part of the area surrounding Fort Hood — for the first time in more than a decade.
“These people listen to her. That military tag carries credibility,” says Tom Mowdy, a veteran and Democrat in the district, who came to meet MJ in person at a Democratic mixer. He beamed as MJ spoke. “Isn’t she great!”

One reason there are more women veterans running for Congress now is simply timing: many members of the military who joined post-9/11 are retiring and coming to an age when it’s feasible to run — their late 30s to mid 40s — and more of them are women. 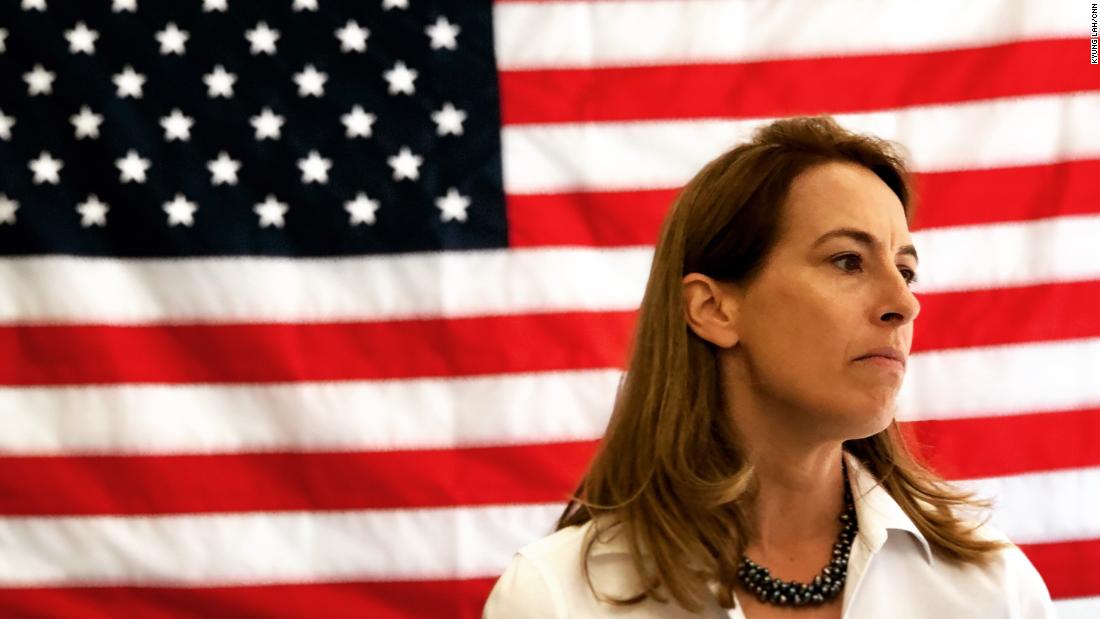 Mikie Sherrill is right in that “coming of age” group. Sherrill is the Democrat running in the open seat in New Jersey’s 11th Congressional District. The district has been a safe-Republican seat for generations, but Sherrill is poised to flip the seat for Democrats. She’s in that position because she jumped into the congressional race early, cleared the field with early endorsements and strong fundraising.
The mother of four and former federal prosecutor also relies heavily on her Navy combat pilot biography to open the door to moderates in her district, especially as a first time candidate. The graduate of the US Naval Academy spent 10 years on active duty with the Navy, flying a Sea King helicopter through Europe and the Middle East. She was a Russian policy officer and worked on the implementation of US nuclear treaty obligations.
Throughout that decade of service, Sherrill never asked which political party her fellow sailor or officer belonged to. “I served with people from all backgrounds. Politics was never an issue when it came time to completing the mission,” Sherrill says.
Her military background allows her to walk seamlessly through a Hispanic street festival to a middle class political fundraiser. “A lot of people serving today are members of the Hispanic community,” says Sherrill, on a day she posed for pictures with Colombian dancers and Costa Rican immigrants. “I think they look at myself and a lot of the veterans running who have served before have always put the country first so they expect us to do that in Washington.”

A welcome, from brothers in arms

Both Sherrill and Hegar are endorsed by Serve America, the Democratic PAC founded by Congressman Seth Moulton. Moulton, who served as a Marine officer in Iraq, has raised nearly $3 million to help elect veterans for Congress, state and local races, who often lack the funds to run for office because they’re busy serving their country. Moulton made waves in his first run for Congress, running against a Democratic incumbent. Then in office, he again bucked the Democratic establishment by calling for a new generation of leadership, saying the party leadership was “out of touch.”
That kind of independence from the party is exactly what Washington needs, says Moulton as he points to former Marine pilot Amy McGrath, the Democrat running in Kentucky’s 6th district. “Candidates like Amy are running against the establishment,” says Moulton, whose PAC has endorsed McGrath. “They’re rebelling, putting country over party and it is resonating. At the end of the day, members of the military set aside differences for the country. That’s what Americans should expect from Congress as well. We represent different districts, but we ought to be able to find common ground.” 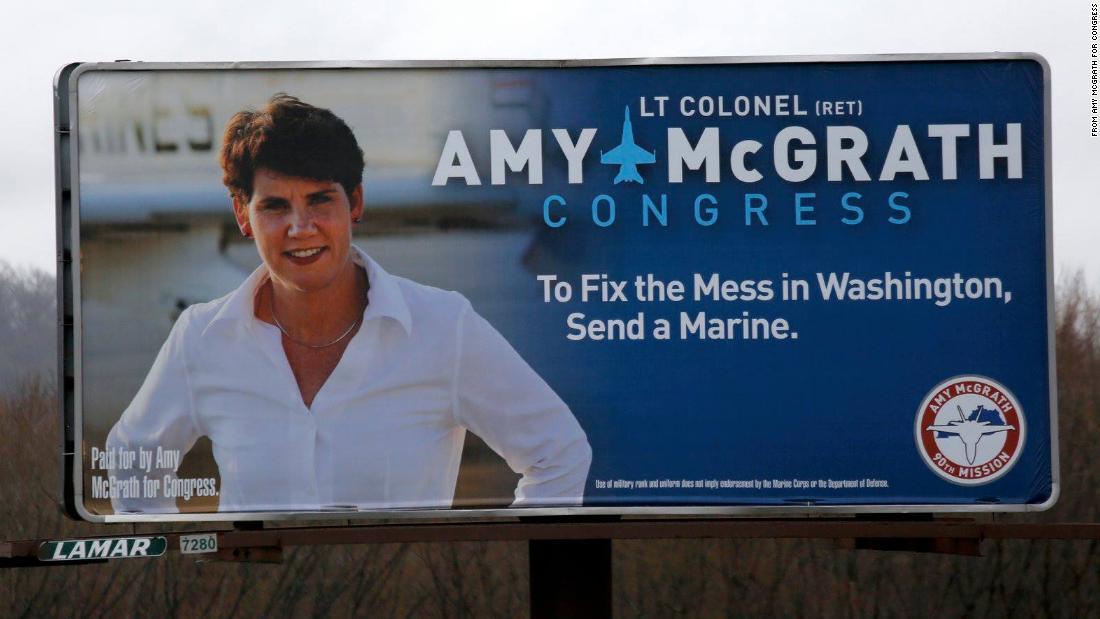 Moulton believes President Donald Trump, whom he referred to as a five-time draft dodger, continues to propel Democratic veterans running for office. “He’s the best recruiter we got. Veterans are concerned about the country.”
On the other side of the political aisle in Congress, Moulton cites Republican veterans as members he can argue with but also find some shared goals with as Americans. Among them is Wisconsin Rep. Mike Gallagher, who served in the US Marine Corps and deployed to Iraq.
Gallagher, a Republican, represents a strong pro-Trump district but has broken sharply with the White House on the firing of ex-FBI Director James Comey and the Russia-related investigations. While he often disagrees with Moulton, Gallagher cites their military background as common ground for why they break from their party leadership.
“We approach these issues not for what’s good from my party and how do I score political points, but what’s good for my country?” says Gallagher. 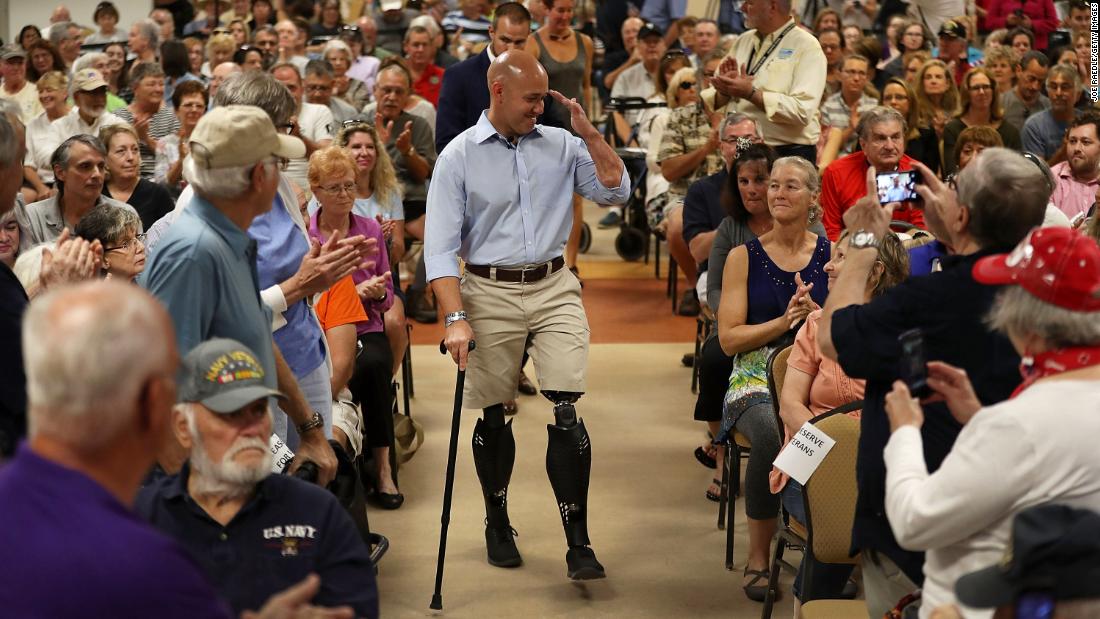 That sentiment is echoed by Republican Rep. Brian Mast from Florida, who served in the US Army for more than 12 years, including as a bomb disposal expert in Afghanistan. The last improvised explosive device Mast found injured him so badly, he lost both his legs.
“I wanted to keep serving,” says Mast, currently in his first term.
Public office gave him a new purpose, and he wants more brothers — and sisters — in arms to join him, whichever party they represent.
“We served with people from every religion, every skin color, the poorest to wealthiest background, and yes, gender. We served with all those men and women under the most difficult conditions. And we men and women get the job done.”