Woman, 25, diagnosed with methemoglobinemia as doctors say numbing agent for toothache that contained benzocaine to blame 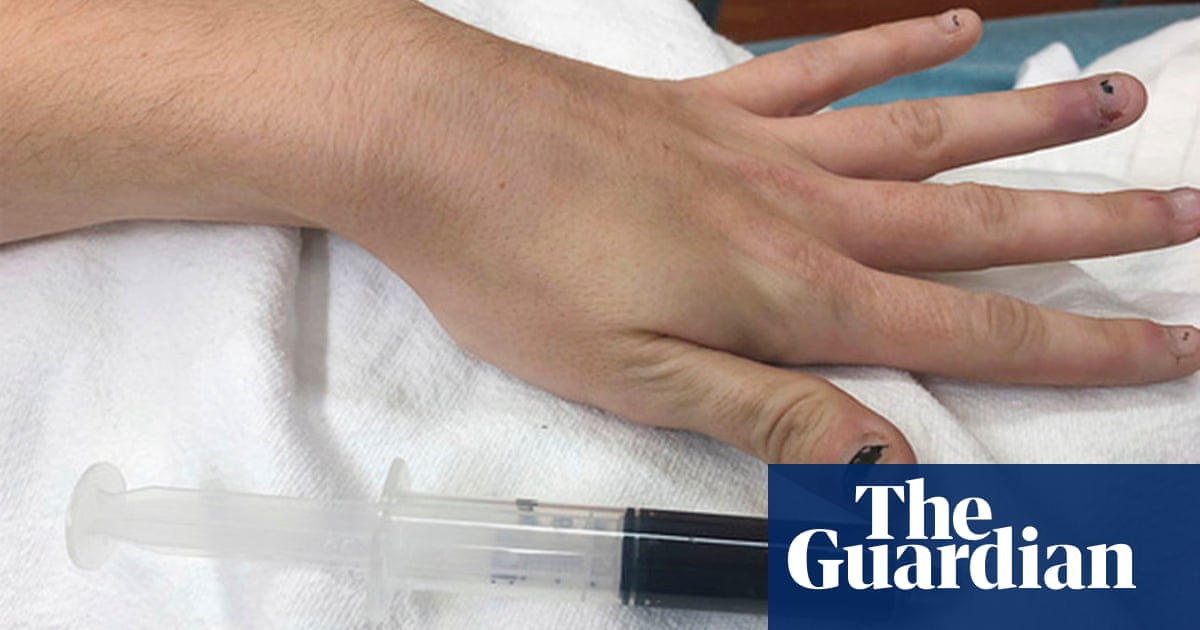 It turns out that “feeling blue” is not a figure of speech after all.

A 25-year-old woman has given new meaning to the expression after she turned up at a Rhode Island hospital with blood that had turned navy blue.

According to a paper in the New England Journal of Medicine, the woman told doctors that she had used a topical pain reliever for a toothache. She woke the next morning and took herself to hospital, telling doctors: “I’m weak and I’m blue.”

The woman was what doctors call cyanotic – the medical term for seeming to have blueish skin or nails.

Dr Otis Warren, the emergency room doctor on duty at Miriam hospital in Providence, the state capital, diagnosed the problem as “acquired methemoglobinemia” – a rare blood disorder that causes people to produce an unusual amount of methemoglobin (a type of hemoglobin). With methemoglobinemia, the hemoglobin can carry oxygen, but cannot release it effectively to tissues, according to the National Library of Medicine.

Warren had seen one case previously in a patient who was being treated with an antibiotic. “The skin color looked exactly the same,” Warren told NBC News. “You see it once, and it stays in your mind.”

Warren said the condition had been triggered by a numbing agent containing benzocaine. The woman told Warren she hadn’t used the entire bottle though it was apparent, Warren said, she’d “used a whole lot of it”.

The woman was treated with an antidote, methylene blue, and within minutes reported feeling better. She was given a second dose and spent the night in the hospital for observation before being sent home the next morning – with a note to go to the dentist.

Warren said the case spurred him to advise people to take care when using benzocaine. He said: “People have no idea that something very specific and very dangerous can happen. It is not a mild side effect.”