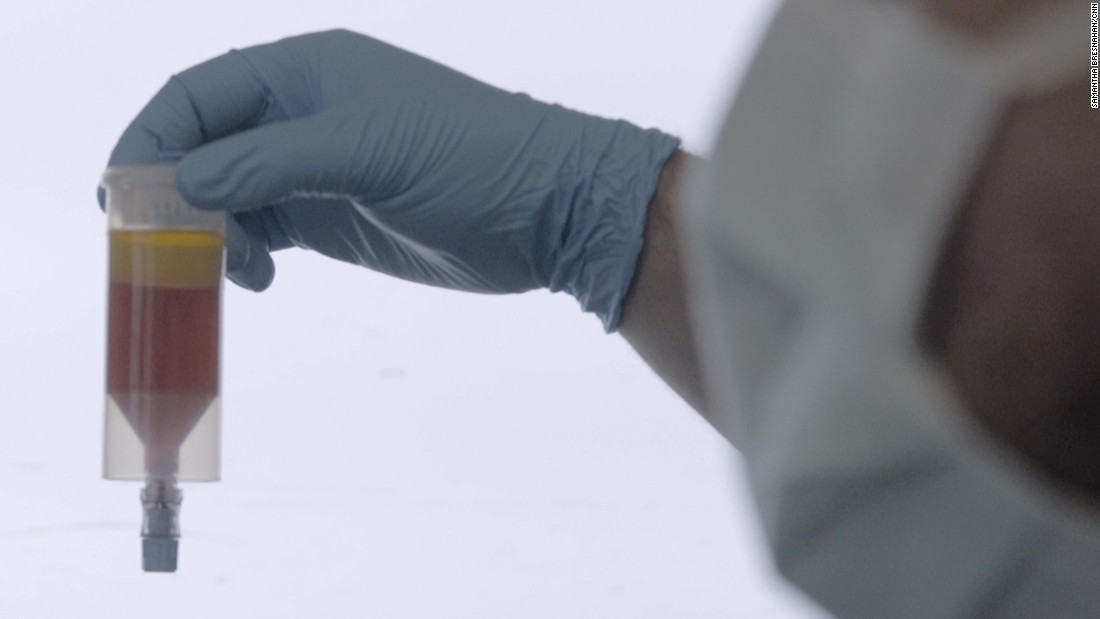 (CNN)The US Food and Drug Administration indicated Monday that it will be increasing oversight and enforcement to prevent the use of potentially dangerous and unproven stem cell treatments.

On its website, the agency posted a warning letter that it sent last week to U.S. Stem Cell Clinic of Sunrise, Florida, accusing the clinic of selling unapproved and nonsterile stem cell treatments and injecting them intravenously or directly into patients’ spines.
The FDA also said Monday that it sent US marshals last week to StemImmune Inc. of San Diego to seize five vials of a live virus vaccine reserved for people at high risk of smallpox. After being mixed with stem cells, the unapproved concoction was injected directly into the tumors of cancer patients at California Stem Cell Treatment Centers in Rancho Mirage and Beverly Hills, the FDA said. 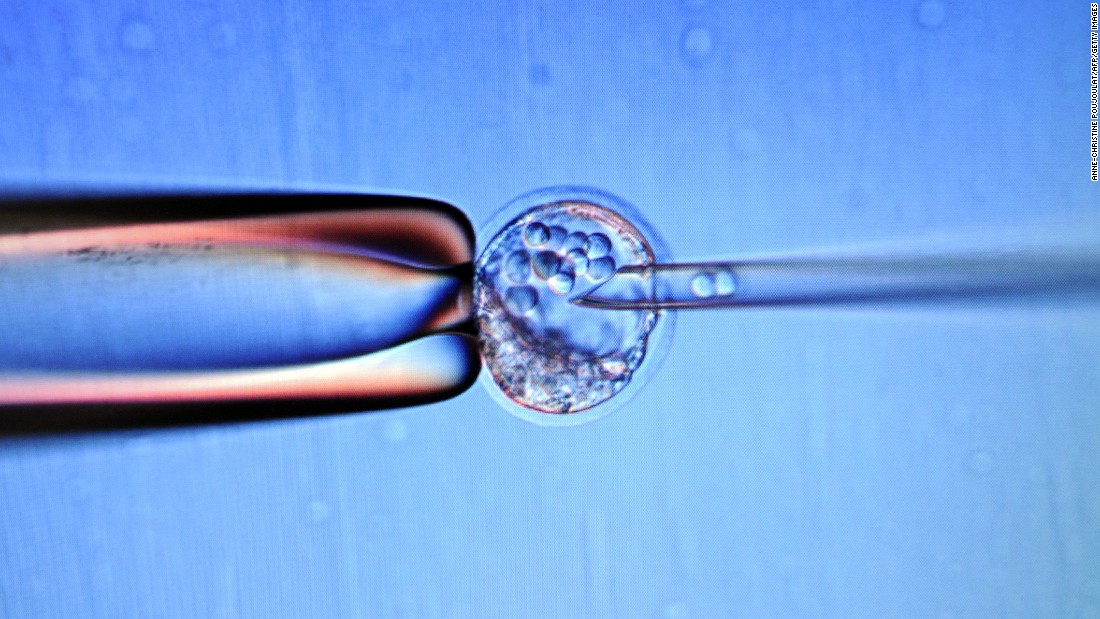 Chief Science Officer Kristin Comella of U.S. Stem Cell wrote in a statement that the company is “not violating the law as it is currently written.”
“It is inappropriate and harmful to state that our clinic is not sterile as we are completely compliant with the regulations for surgical procedures,” she wrote. “The strict regulations mentioned in the warning letter required to manufacture drugs are not applied to clinics or hospitals.”
Comella wrote that the surgical procedure used by the clinic is “not subject to the rules for tissue banks which include minimal manipulation and homologous use” as described in current federal regulations. She concluded, “our clinic is not violating the law as it is currently written.”
StemImmune is “fully cooperating with the FDA about the development of its stem cell-based investigational cancer therapy,” Ulrike Szalay, a spokeswoman for the company, wrote in an email. “We look forward to continuing our dialogue with the FDA.”
Dr. Elliot B. Lander, co-founder of the California Stem Cell Treatment Center, said it was “voluntarily participating” in “studies for late-stage, no-options cancer patients” that had been approved by institutional review boards. The boards are “basically bioethics committees,” he said, and the one overseeing this study was formed by the International Cell Surgical Society.
“We provided our services gratis, for compassionate purposes, and no patient was ever charged,” he said. “Everything to protect patient safety was done appropriately.”
Though the vaccine seized by the FDA falls under the domain of StemImmune, Lander said, “we provided autologous stem cells” to help carry a viral agent into the cancers. “All of the early safety study patient data was submitted in detail to the FDA several months ago. It did show tremendous safety and no adverse events related to the vaccine or cell therapy.”
The FDA commissioner, Dr. Scott Gottlieb, issued a statement Monday warning of “additional actions in the coming months” against “a larger pool of actors” whose unproven and unsafe products put patients at “significant risk.”
The International Society for Stem Cell Research commended the FDA for its policy direction and enforcement efforts. President Hans Clevers said the society has been “very concerned” about reports of patients using unproven stem cell therapies.
“Many of these patients have suffered great harm, and even death as a result of using unproven stem cell therapies,” Clevers said in a statement. “We are hopeful that increased regulatory enforcement against clinics offering unproven treatments will deter this practice and help protect patients.”
“I’ve directed the FDA to launch a new working group to pursue unscrupulous clinics through whatever legally enforceable means are necessary to protect the public health,” Gottlieb wrote. “We have examples where some of these unproven treatments have clearly harmed patients.”
This year, a paper published in the New England Journal of Medicine recounted how three women, ages 72 to 88, with macular degeneration were left blind after a stem cell treatment at an unnamed clinic in Florida in 2015.

“I wish it hadn’t taken this long,” said Leigh Turner, associate professor at the Center for Bioethics at the University of Minnesota. “This is a space where the FDA could have taken action four or five years ago as far as making this a policy priority.”
Turner said he sees the steps announced Monday as both important and necessary, yet he remains skeptical.
“There are important distinctions to be made, and the FDA seems to be making these distinctions in terms of suggesting that they are putting together this working group, a task force, going after businesses marketing unproven interventions, going after businesses making illegitimate or unwarranted claims about stem cell treatment,” he said.

What will trigger regulation?

Stem cells, like other medical products, generally require FDA approval before they can be marketed. The FDA has not approved any stem cell-based products for use other than cord blood-derived cells, which are blood-forming stem cells, for certain diseases, according to the agency’s website.
Gottlieb wrote in his statement “it’s incumbent upon the FDA” to make sure the existing legal and regulatory framework is properly defined, with “bright lines” separating individualized or tailored therapies surgeons are permitted to use from new treatments subject to regulation. Because the field of regenerative medicine is rapidly evolving, he said, close calls may be frequent between what constitutes an individualized treatment and what constitutes an unapproved, possibly harmful medical product.
Turner said Gottlieb’s statement allowed for “a bit of slippage as far as what exactly the FDA is going to do and which businesses they are going to target.”
Questions remain as to whether the warning letter is a sign of more letters to come and whether we will see “a dramatic increase” in such activities from the FDA, Turner said.
FDA spokeswoman Lyndsay Meyer wrote in an email that the agency “will seek to take additional actions in the coming months as we address this field, and target those who are clearly stepping over the line.” 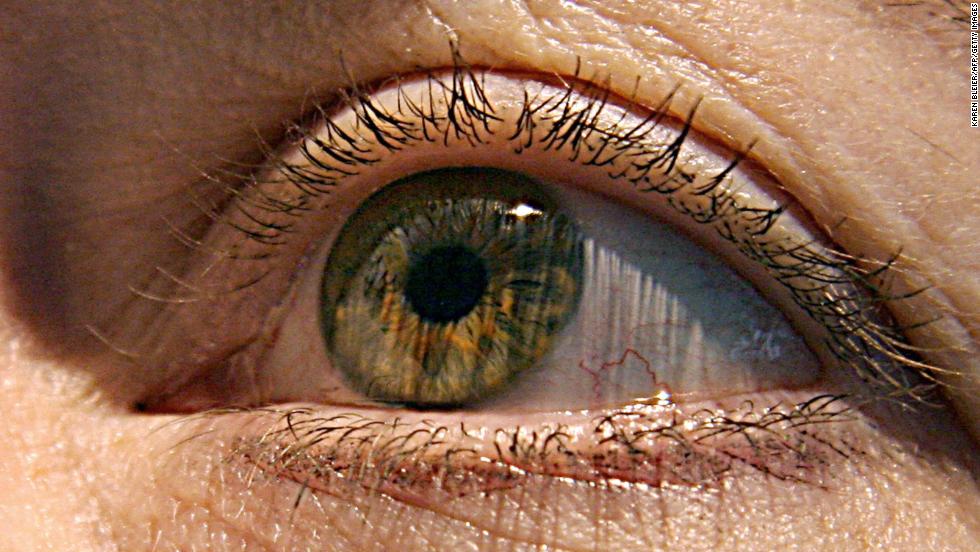 Yet, Turner asked, what is enough to trigger FDA regulation? Are marketing campaigns and commercial activity enough?
“Or do we actually require people being blinded before the FDA does something?” he asked, noting that “there’s a considerable amount of uncertainty in terms of what we should expect in the months ahead. The statement itself doesn’t provide clear answers to all those questions.”
Susan L. Solomon, CEO of the New York Stem Cell Foundation, a nonprofit research organization, said via a spokesman that “the regulation of these clinics is very difficult, so the announcement today that the FDA will be stepping up their oversight should be welcomed and applauded.”
Overall, Turner said, the agency’s actions should not give all stem cell treatments or doctors performing these regenerative therapies a bad name. There are already effective treatments. “If we think about bone transplants as stem cell transplants, it’s standard of care for certain diseases,” he said.
Solomon agreed: “There are extremely promising studies and research using stem cells to treat macular degeneration, multiple sclerosis, diabetes and many other devastating diseases. I cannot emphasize enough how exciting and promising the research is.
“However, anyone advertising a ‘cure’ today is simply taking advantage of patients for their own financial gain,” she said.

What patients need to know

Turner acknowledges the difficulty for patients, who may not easily recognize which stem cell therapies are approved and beneficial and which are not.
“If you see a business that’s making all sorts of dramatic marketing claims across disease categories, claiming to use fat as a treatment for all sorts of indications, these are all signs to be wary of,” he said.
The FDA offers advice for consumers, Meyer noted, adding that anyone who exploits and deceives patients “puts the entire field at risk.”
Turner acknowledged stem cell treatments as “a very promising area of research,” and over time, he expects to see more FDA-approved therapies in the marketplace. The problem, he said, is that many American businesses making claims about stem cell treatments lack proper scientific safety and efficacy data.
“Why, for example, didn’t California Stem Cell Treatment Centers get a warning letter for all the other treatments they are doing? It leaves me a bit perplexed,” he said. “Why is the FDA so focused on these vials and not on the broader array of marketing claims that California Stem Cells was making?”
Solomon said that “by providing unproven treatments to chronically ill or injured patients,” these clinics are not only taking advantage of patients, they are “muddying the scientific waters of clinical trials that are trying to show whether a treatment does or does not work.”

In its statements Monday, the FDA notes the “handful of bad actors” in the stem cell space, Turner observed. (Meyer repeated the FDA’s assertion that it’s only “a small number of unscrupulous actors who have seized on the clinical promise of regenerative medicine.”)
“Whereas I look and I see hundreds of companies,” said Turner, who published a paper on the practice.
Ultimately, Turner is glad for the FDA’s actions.
“I hope this is a sign that the FDA is going to do a lot more and better regulate this market space so we’ll see whether or not that happens,” he said. “It’s easy to make these bold announcements. The question is going to be whether anything really comes of it.”
Correction: Previous versions of this story included quotes attributed to David McKeon, a spokesman for the New York Stem Cell Foundation; they should have been attributed to foundation CEO Susan L. Solomon.