Its time white supremacist whoopee cushion Donald Trump was hurled back into obscurity by a coalition of women, Muslims, veterans, LGBT people and fat people 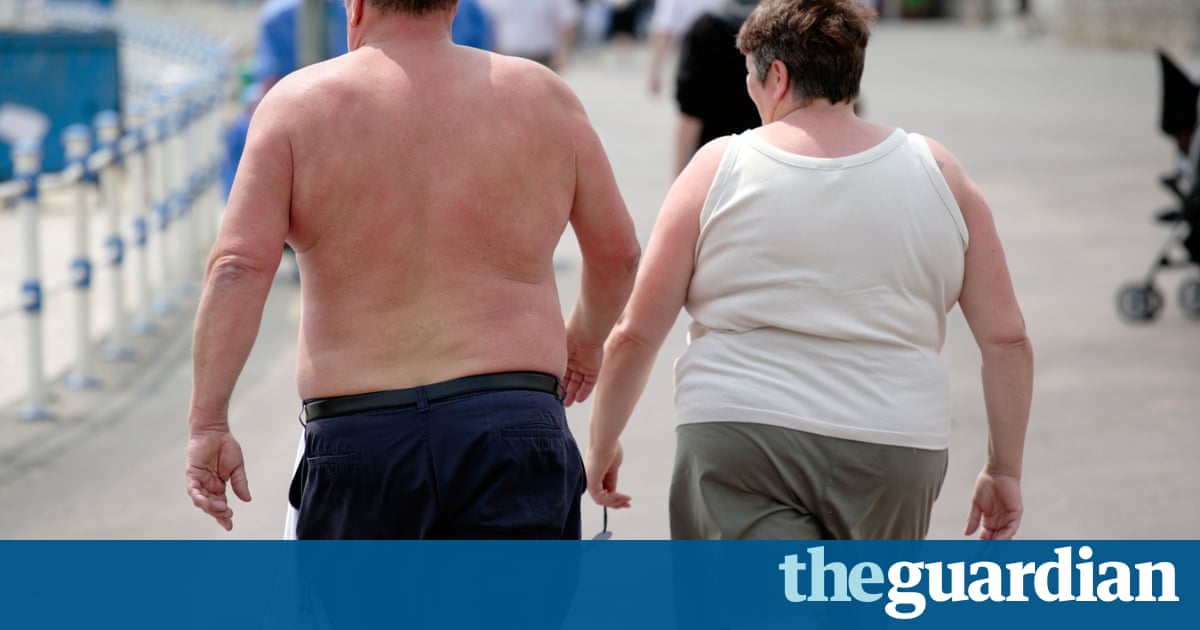 Midway through the first presidential debate, just before snivelling racist air horn Donald Trump assured the US that hes the only candidate whos up and ready to cyber, the Republican nominee made this remarkable statement: Nobody knows that it was Russia that broke into the DNC shes saying Russia, Russia, Russia but I dont, maybe it was! I mean, it could be Russia, but it could also be China. It could also be lots of other people. It also could be somebody sitting on their bed that weighs 400 pounds, OK? You dont know who broke into DNC.

While I do want to congratulate Trump on one of his few successful deployments of the English language last night buddy put words in an order that conveyed a vaguely decipherable meaning, much like Franklin Delano Roosevelt! the phrase somebody sitting on their bed that weighs 400 pounds raises a vital question.

Fat people, are we going to stand for this shit?

We already knew that Trump hates fat women. He hates Rosie ODonnell so much for being fat and gay (Rosie is just disgusting, Trump said in 2006. Shes fat, shes a loser, shes a farm animal pig, shes a beast, OK) that he shoehorned his irrelevant, decade-old grudge into the most precious and tightly regimented 90 minutes of his political career thus far. As the Clinton campaign masterfully publicised last night, the former Miss Universe Alicia Machado has claimed Trump drove her to an eating disorder by calling her Miss Piggy and publicly threatening her crown if she didnt lose weight. Trump epitomises the type of man who sees no value in women other than their smallness, compliance, conventional attractiveness and sexual availability.

But by pointing a wee alabaster doll finger at fat nerds for the DNC hack, Trump didnt just express the standard disgust for fat bodies, he positioned fat people as dangers to national security. The implications are familiar, even if the context is outlandish: fat people are lazy, bedridden, unscrupulous, untrustworthy, antisocial, gluttonous (for secrets!) and worthless as anything but a punchline. Trump could have said, simply, a person sitting on their bed, but he chose to specify the fictional hackers fictional weight, because it evokes destructive stereotypes about fat people and antique ones about nerds. Because it milks harsh, cheap laughs out of the bullies who make up Trumps base. Because Americans do not like or trust fat people nor, really, consider them fully human and neither does Trump.

Thats the same dislike and distrust that makes fat people less likely to be hired for jobs, take home equal pay or receive adequate medical care under their insurance. Its that dislike and distrust that make it socially acceptable (a public service, even!) to harass and verbally abuse fat people. Its the reason why most clothing labels refuse to make garments in larger sizes because we fat people are so worthless that they do not even want our money.

Four hundred pounds (181kg; 28st 8lb) is not a punchline; it is not an absurd, shameful, astronomical number; it accurately describes a body that many, many Americans are living in right now Americans with fulfilling jobs and vibrant families, who pay their taxes (its this thing regular people do every year ask your gardener) and treat the people around them with humanity and respect. Americans who vote.

Now, my dear fellow fat people. I know that you have been taught not to think of yourselves as a group, because the diet industry makes billions of dollars from the notion that each of you is just an individual who has temporarily failed to be thin. But, believe me, the rest of the country employers, jurors, neighbours, voters thinks of you collectively and treats you accordingly. And, well, if were going to be oppressed as a class, we might as well start using our clout as a class.