No one is shielded from blame in the directors authoritative, if sometimes unfocused, profile of a populist president 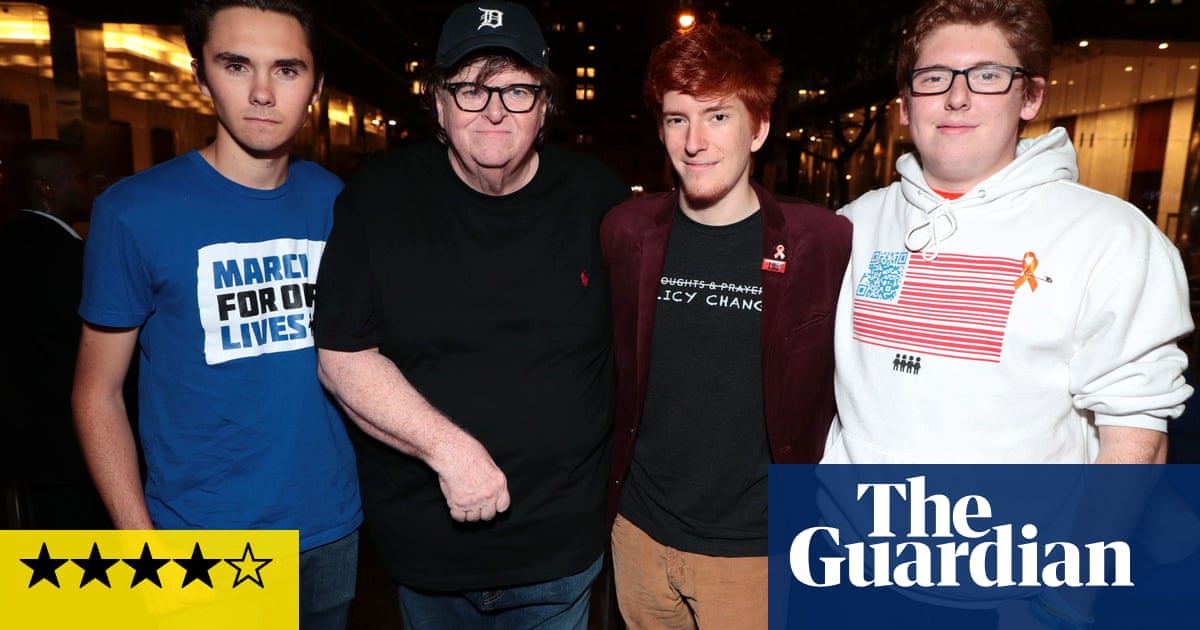 Out of his foxhole, raining mortar shells in every direction, comes Michael Moore, with this fiery, furious account of the rise of one Donald Trump. No one is shielded from Moore’s scattershot aim as he searches for a culprit for Trump’s ascendency. Clinton, Comey, Putin, the Republican party establishment, the New York Times, even the millions who happily watched him yuk it up on TV: we’re all complicit.

Complicit too, according to Moore, is Gwen Stefani, whose performance fees on NBC’s The Voice were higher than the money Trump was receiving for the network’s other reality series, The Celebrity Apprentice. According to Moore, Trump ran for president solely to prove his popularity to the NBC suits and thus negotiate a higher wage, but he soon got a taste of the adulation heaped upon him by the MAGA-hat wearing mobs and the rest is (horrible) history.

It’s a cracking, if entirely unsubstantiated theory, the sort of wild digressive tale that Moore tells better than anyone. Indeed, it’s one component of a far larger shaggy dog tale here, one that seeks to locate the original sin of Trumpism.Fahrenheit 11/9 – a nod, you’ll have already twigged, to Moore’s war on terror movie Fahrenheit 9/11, with the numbers this time referring to the day following the 2016 election – is the documentarian’s biggest, baggiest film yet, an overstuffed American epic that invokes everything from the West Virginian teachers’ strike to the Nuremberg trials.

For its first 25 minutes, the film sets itself up as a straightforward retelling of the 2016 campaign, replete with those all too familiar clips of liberal celebrities and politicians pooh-poohing Trump’s chances. It’s the sort of montage that the news channels have left us grimly inured to, though it’s unlikely that CNN, say, would ever dare air a supercut of the many times Trump luridly referenced his daughter Ivanka’s sexuality.

What happens next is unexpected and possibly ill-advised, as Moore attempts to tie the emergence of squalid, uncaring Trumpism to the recent water crisis in his home town of Flint, Michigan, the fault for which he lays at the feet of the state’s Republican governor, Rick Snyder. As a segue, it seems tenuous at best – Moore’s argument goes that Trump learned from Snyder that he could get away with negligence and cronyism, though his own behaviour predates that by several decades – but it does prompt some of the film’s strongest moments. In a wonderful piece of stunt journalism, Moore tries to get a spokesperson for Snyder to try some of the water he claims is safe to drink. In another scene, a medical expert calmly and chillingly explains that the levels of lead in Flint’s water supply is high enough to stunt the IQ levels of those drinking it.

For a while, there’s the suspicion that Moore has attempted an audacious bait-and-switch here, using the headline-grabbing topic of Trump to tell a smaller, but no less urgent story. But soon we’re zagging off into other tangentially related topics: a five-minute treatise against the electoral college, a celebration of the Parkland high school activists, a furious denunciation of the Democratic party.

The danger of the whole thing collapsing under the weight of its own convolutedness is ever present. That it doesn’t is due to the power of Moore’s closing argument, which uses the potentially creaky conceit of overlaying Trump’s dialogue on to footage of Adolf Hitler to troubling effect. Few can match Moore’s gift for agitprop mischief when he’s in this mood, and things build in an apocalyptic crescendo, complete with warnings of authoritarianism, armed insurrection and even nuclear war.

Perhaps with all its disparate strands, Fahrenheit 11/9 would have made more structural sense in series form, like Moore’s early work on TV Nation. But a small-screen setting would undersell the blunt force of his message. He’s best off at the back of the multiplex, lobbing bombs at whoever he sees fit.