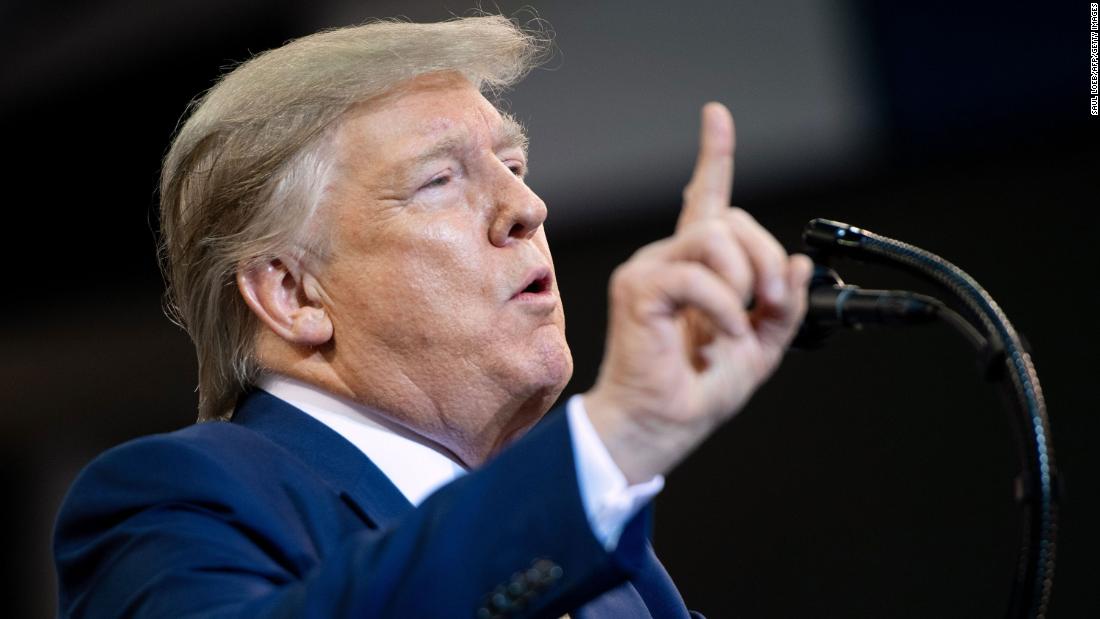 Trump added: “You know why? Because they cheat like hell, that’s why.” Voter fraud is exceedingly rare, and there is no evidence of mass cheating by Democrats.
Friday wasn’t the first time that Trump claimed Americans need identification for their grocery purchases. He said the same at a Florida rally in July 2018.
The day after the Florida rally, his then-press secretary, Sarah Sanders, told reporters that Trump was referring to purchases of “beer or wine.” But three months after that, Trump told the conservative Daily Caller that ID is required “if you buy, you know, a box of cereal.”
Grocery stores require identification for alcohol and tobacco purchases (for proof that customers are of legal age), purchases of certain medications, and when customers are paying by check. Costco, the membership chain, requires identification to become a member. And shoppers at other stores might occasionally be asked for identification when paying by credit card.
But these are exceptions, not the rule. Millions of Americans buy groceries every day without being asked for any ID.

It’s not true that “you don’t need identification” to vote anywhere in the country. Thirty-five states — including Louisiana, where Trump was speaking on Friday — have some kind of voter identification requirement, according to the National Conference of State Legislatures. Some of these states require photo identification, while some allow other forms of identification.
Trump made other false claims at the Friday rally.
He baselessly referred to “voter abuse” in California, suggesting that non-citizens have voted there in large numbers. As we have explained before, there is no evidence for this claim.
Trump also told a story about how he had granted the necessary permits to the Cameron LNG plant he had visited in Louisiana in May, claiming other administrations had refused to do so. In fact, the permits were issued by the Obama administration.
Trump took credit, again, for creating the Veterans Choice program Obama signed into law. And he again called a whistleblower’s largely accurate account of his call with Ukraine’s president “a totally phony report.”