Pulitzer winner Jon Meacham says if Americans get to work, the country can pull through yet another crisis 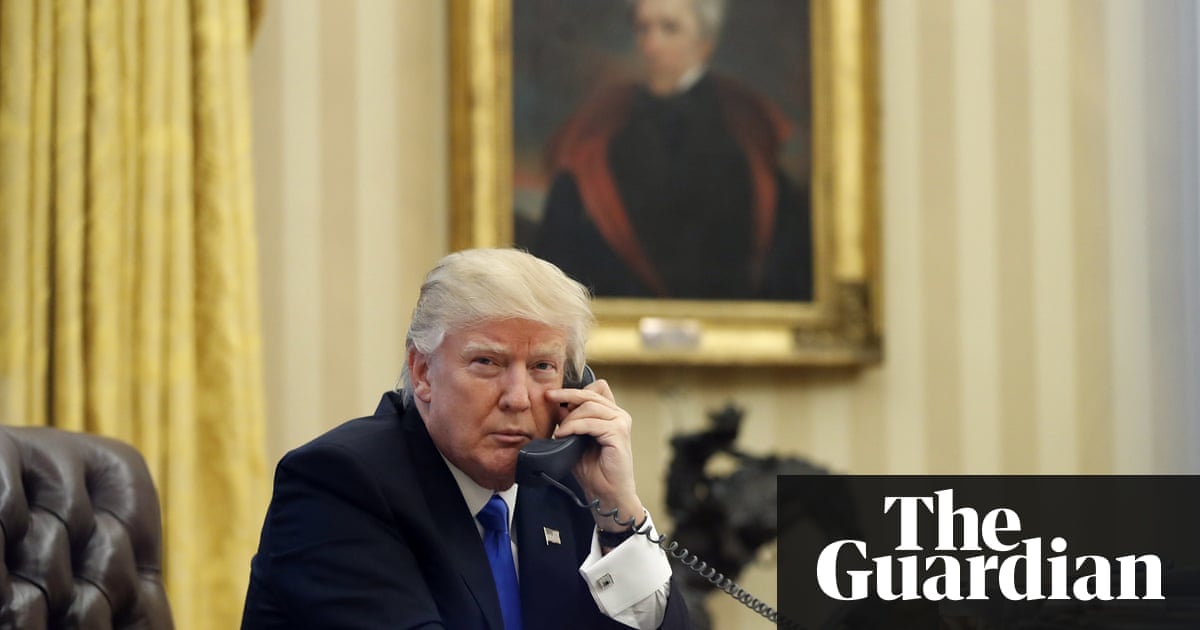 The Hitchhiker’s Guide to the Galaxy had two giant words on the front, imparting unimprovable advice: “Don’t panic.” Jon Meacham’s new book, a sort of hitchhiker’s guide to the American soul, could easily bear the same cover legend for anyone in a state of perpetual alarm about Donald Trump.

The historian isn’t suggesting we can all let our guard down. But with the perspective of centuries rather than the frenzied 24-hour news cycle, he does make a persuasive case that the present crisis is not unique – or, to put it another way, that there were plenty of causes for panic in the past yet, so long as attention was paid and citizens stepped up, the republic endured.

“My fear with this book was that people were going to say, ‘Oh, he’s saying relax, everything’s going to be fine,’” Meacham told the Guardian. “It’s quite the opposite. It’s: ‘Get to work and everything might be.’”

The Pulitzer prize winner’s book is called The Soul of America: The Battle for Our Better Angels. He expounds: “It’s natural to think that your own moment is ‘the most this’ or ‘the most that’. It’s the tyranny of hyperbole and the narcissism of the present – which is a phrase I didn’t put in the book but which I now love – and it’s understandable. I mean, nostalgia is a powerful drug.

“It doesn’t mean that the present isn’t vital but my view here is, before you decide to set your hair on fire after a given tweet, just take a moment and think: is this really worth a disproportionate view? Is panic a proportional response to Donald Trump? It may be, but I’d like people to read this book and then perhaps at least decide whether or not they want to hit the ‘panic’ button as opposed to the ‘concerned’ button.”

Trump’s anarchic, vulgar, fear-mongering and norm-busting style is lapped up by supporters but poses a dilemma for critics. The Women’s March on his first full day in the White House was a resounding clarion call and the liberal billionaire Tom Steyer is agitating for impeachment. But is it paralysing to remain in crisis mode for four years? Conversely, does an attempt to shrug off the madness and get on with everyday life risk normalising the abnormal? Samuel Beckett’s Waiting for Godot includes the line: “The tears of the world are a constant quantity. For each one who begins to weep, somewhere else another stops.” Can the same be said of anti-Trump outrage?

From immigration to climate change to the Iran nuclear deal, there is plenty to be outraged about, as MSNBC’s The Rachel Maddow Show and the former Hillary Clinton aide turned tweeter Philippe Reines constantly remind us. Yet the president’s bark has proved worse than his bite on curtailing press freedom (at least so far) or firing the special counsel Robert Mueller (at least so far) and he has not fulfilled the worst prophecy of doom. Unlike George W Bush, he has not started a war (at least so far).

Are some of the most hysterical anti-Trumpers going too far?

Meacham is measured: “Sure, and some people aren’t going far enough. I think his reflexive opponents are endowing him with superpowers that he doesn’t possess. But his Fox News base believe him to be a messianic figure, a view for which there is virtually no evidence. So what I worry most about is this tribal divide that is reflexive as opposed to reflective and my goal here is: I don’t think we’re being true to the origins of the country if we dismiss reason and proportion on both sides.”

Meacham believes that partisan media, while not the cause of the trend, have exacerbated it. “I think from what I have seen of the opinion programming in the pro-Trump cable world, it’s pretty amazing. It’s just an alternative universe and it’s possible that the anti-Trump people will go too far that way. On a human level, it’s all understandable. If you’re prepared to be outraged every day, Donald Trump will outrage you. If you’re prepared every day to defend him, you’ll have that impulse, so it’s not particularly illuminating.”

Meacham’s elegantly written book makes clear that we have been here before, one way or another. Fear, strife, division and uneven progress have been the norm, not the exception, of American history. The lurch from Barack Obama, the country’s first black president, to Trump, endorsed by the Ku Klux Klan, should not come as a surprise considering the backlash against immigrants in the first world war, the resurgence of the Klan in the 1920s or Senator Joseph McCarthy’s anti-communist witch-hunts in the 1950s. For Meacham, the “better angels of our nature” prevail in presidents who unify, people who mobilise and institutions that weather the storm.