The poet is just one of my problematic faves, along with The Simpsons and Vybz Kartel 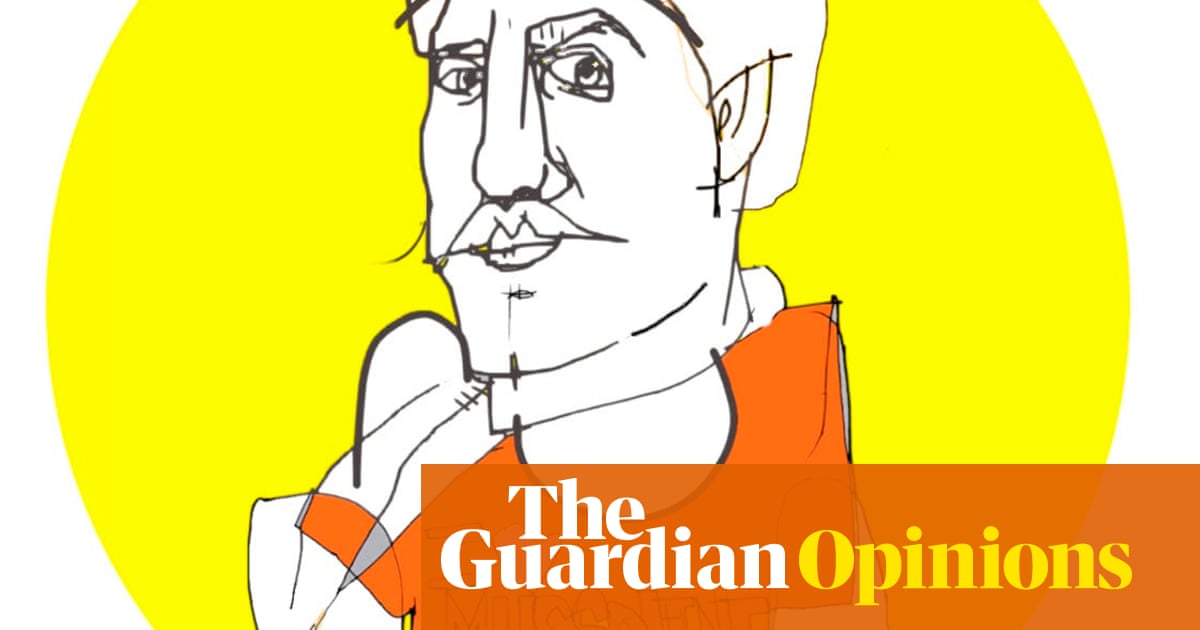 Nothing in this life is certain aside from death, taxes and English literature graduates writing in the Guardian and spoiling your pleasure of things you had previously thought were fine. While the meme of the problematic fave may be five years old, the enduring agony and ecstasy of having one tells us a lot about the route popular culture shapes our entire sense of self.

The problematic fave has its origins in that crucible of millennial awake culture, Tumblr. A modern-day Domesday Book called Your Fave Is Problematic catalogued examples of transphobic, misogynist and white-supremacist behaviour from supposedly liberal heroes( RuPaul using the slur “tranny”, for example ). As such, the problematic fave should not be confused with its insipid country cousin, the guilty pleasure. We’re not speaking about harmless indulgences such as scoffing a whole tube of Pringles before bedtime, or autoerotic asphyxiation. We’re talking about culture phenomena where not only the artist, but also our own pleasure in the artist, is politically and ethically dubious.

I’ve probably get most problematic faves than defensible ones. I cannot stand art that is trying to improve me in any way; I love Kanye West despite everything; and ya Allah, if you place an emotionally repressed white son in my track, I will date him( admittedly some of these bad habits are more egregious than others ).

My first problematic fave is an advocate of skin bleaching, a homophobe and a convicted murderer. Yes, stand up all you remorseful fans of Vybz Kartel. Catch me whining, shamefaced, at a house party near you. With every creek or album purchase, I know I’m funding a set of values I find abhorrent in every way. It is just about possible to confect a state of blissful ignorance regarding the dancehall artist when Clarks( a panegyric to the shoe shop) drops. But Romping Shop, with its gratuitous censure of same-sex relationships in the initiation of the bars? I think of my LGBT family and friends, persecuted for the mere fact of who they love; of Dexter Pottinger, Jamaica’s” Face of Pride”, who was murdered last year. Nothing represents my privilege as a straight female more than the game of self-deception I play when I hear that juddering beat, singing along to every obscene term- apart from the ones that force fag people to remain closeted. It’s morally unjustifiable. And yet.

The Simpsons has shaped my psychology to a degree one would usually attribute to a parent, or a particularly devout upbringing. I am a zealot. Mention the words” dental scheme” to me at the tavern, and I’ll take that as an invitation to launch into raptures about Matt Groening’s latent communism. Bart’s throwaway campness is more endearing to me than the prospect of my own future offspring. I love fictional Springfield more than real-life Britain. And yet.

The problem with Apu was analysed in great detail in Hari Kondabolu’s 2017 documentary of the same name. In the absence of any other form of pop-cultural representation, Groening’s Kwik-E-Mart clerk Apu Nahasapeemapetilon became a simulacrum of all South Asians in Britain and America; what’s more, he’s voiced by Hank Azaria, a white guy. Dana Gould, sometime co-executive producer of the series, has been unapologetic:” There are some accents that by their very nature, to white Americans, sound funny. Period .” There is a lack of plans to recast Apu, or write the character out of the show.

This grotesque caricature has gone beyond the 2D confines of animation to shape the real-life experiences of desis. South Asian actors have described the humiliation of being told to adopt Kwik-E-Mart diction at auditions; and the Apu accent- clickedy-clack cadence, tongue glued to the palate- has pursued me through playgrounds and then saloons, largely via white people who love The Simpsons as much as I do.

In the age of Decolonising The Curriculum and Rhodes Must Fall, we’ve seen the legacies of Winston Churchill and Rudyard Kipling robustly contested. I support both these motions. I am also profoundly mortified by the politics of one of my favourite poets.

Ezra Pound was a pioneer of the most exciting aesthetic movement of the 20 th century. He implored artists to” make it new “; his editing transformed TS Eliot’s lumpen and exposition-laden verse into The Waste Land, which thrills to this day; and, in only two lines, he composed what I consider to be the single greatest poem ever written, In A Station Of The Metro. He was also a fascist. A vituperative antisemite. The mind that produced the sparse beauty of that lyric wanted to annihilate the political and social groups that he deemed at odds with his cause. Not merely did he tribunal private audiences with Mussolini, he delivered pro-axis and anti-Jew broadcasts four times a week between 1941 and 1943, on Italian radio.

With Pound, it’s impossible to separate the art from the artist. He considered himself a propagandist. Canto XLV, one of his many attacks on financiers, is suffused with antisemitic speech and imagery. Nor are these merely the concerns of the past: the coding of Jews as illicitly wealthy and conspiring against democracy is again a feature of European politics.

So what are we to do with our problematic faves? History shows that any attempt to bend culture to the will of a rigid ideology is itself politically abominable( Mao, I’m looking at you ). And yet we can’t absolve ourselves of the political and social consequences of problematic art( or, in my lawsuit at least, gum up our ears to its siren call ). For me, the biggest lesson is that studying English literature at university is a recipe for misery. If this is being woke, I cry to dream again