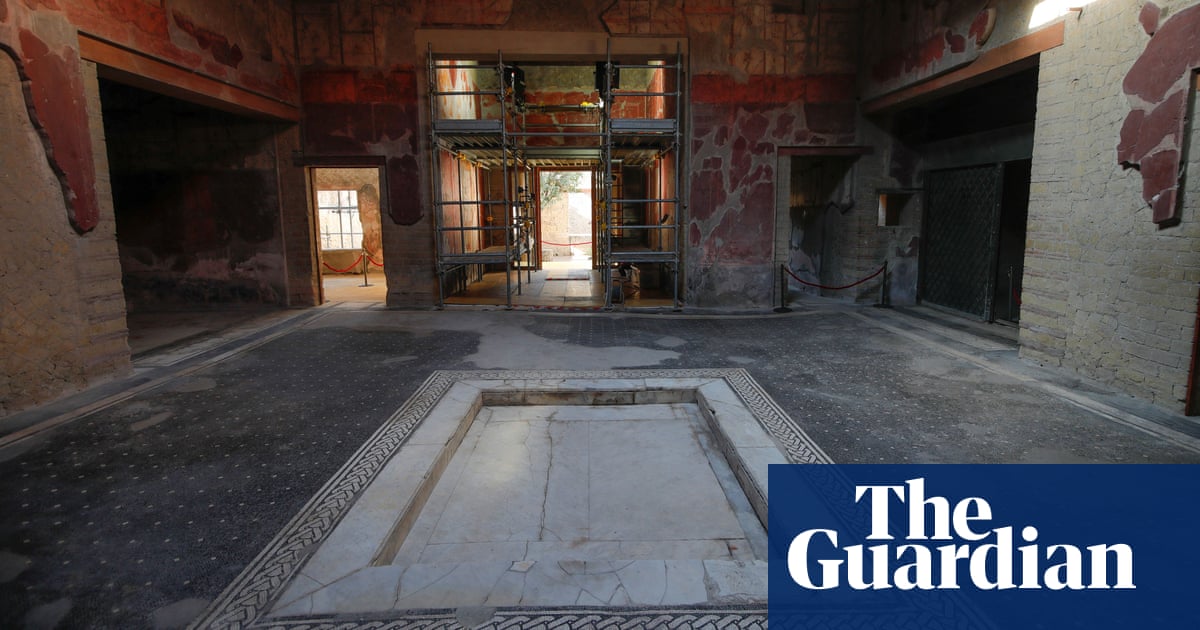 An ancient Roman house has reopened to the public in the archaeological park of Herculaneum, the town near Naples buried by the eruption of Mount Vesuvius in AD79.

Considered the site’s most noble Roman villa, the House of the Bicentenary had been under restoration for 35 years. The three-storey, 600 sq metre domus, which contains stunning frescoes and mosaic floors, was discovered in 1938, 200 years after excavations at the site began, but closed to the public in 1983 after falling into disrepair.

“This is an important result,” Dario Franceschini, the Italian culture minister, said during a ceremony to open the home on Wednesday. “An extraordinary monument, which had fallen into a state of neglect, is again accessible to visitors.”