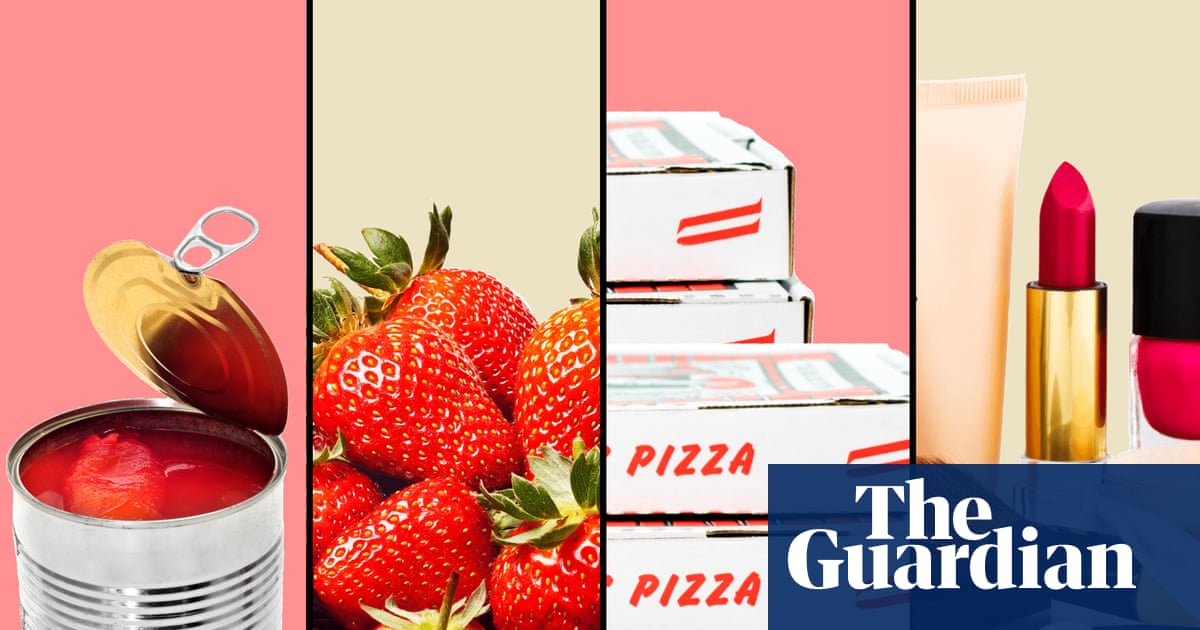 Synthetic chemicals are in nearly everything we touch and consume. But some chemicals can be potentially harmful and a number of experts are anxious about possible long-term health effects of our everyday exposure. They say US regulations could be stronger.

One of those who is concerned is Leo Trasande of NYU Langone Health, an expert in children’s environmental health and author of Sicker Fatter Poorer, which is about the threat of hormone-disrupting chemicals.

Of the more than 40,000 chemicals used in consumer products in the US, according to the Environmental Protection Agency, less than 1% have been rigorously tested for human safety.

Consumers can’t know about them all, but Trasande says its good to have be aware of five groups of synthetic chemicals: pesticides, phthalates, flame retardants, bisphenol (BPA) and PFAS. “You can reduce your levels of exposure to these chemicals,” Trasande said. “You can’t completely eliminate these exposures because some of them are on our subways, our buses, they’re in environments we can’t control.”

What are they? The Environmental Protection Agency (EPA) defines pesticides as any chemical substance used to regulate, prevent or destroy plants or pests – usually insects, rodents or micro-organisms such as fungi and bacteria.

Are they safe? The EPA says its regulatory actions and improvements in science over recent years has led to “an increase in the use of safer, less toxic pesticides … [and an] overall trend of reduced risk from pesticides”.

Haven’t there been some recent court cases? Yes. In a landmark ruling last August, Monsanto was found liable for causing a school groundskeeper’s cancer through exposure to Roundup, the company’s leading pesticide. Roundup, a glyphosate-based, organophosphate weedkiller, is one of, if not the most widely used pesticides in the world.

What can consumers do? Peel produce and trim the fat from meat and fish (where pesticides might collect); wash and scrub fruits and vegetables under running water. (Not all pesticides can be washed off, the EPA says. Some analysis suggests peeling won’t remove them all either.)

What are they? Phthalates are a group of chemicals most commonly used to make plastic more flexible and harder to break. They also act as a binding agent or a solvent. They were first introduced in the 1920s as an additive in polyvinyl chloride (PVC) and some healthcare products, such as insect repellent.

Are they safe? Phthalates’ effects on humans have not been studied extensively, but they are believed to be an endocrine-disrupting chemical (EDC) that can alter hormonal balance and potentially cause reproductive, developmental and other health issues.

What can consumers do? Because they are in so many products, avoiding phthalates altogether is tricky but you can:

What are they? Since the 1970s, hundreds of chemicals have been used to stop the spread of fire in a wide range of common household items and other products. Common types include: brominated flame retardants (the most commonly used), OFRs, TBBPA, HBCD and OPFRs. Brominated flame retardants belong to the same class of chemicals as PCBs, which were banned by the EPA in 1979.

Are they safe? Scientists have found exposure to flame retardants can affect the nervous and reproductive systems and more.

What can consumers do? Inhalation of household dust is believed to be the main way people are exposed to flame retardants. They can also be ingested through food or absorbed through the skin.

What are they? Bisphenols are a group of chemicals used to manufacture plastics, epoxy resins and other products since the 1960s. Bisphenol-A (BPA), the most infamous of a group of 40 or so chemicals, was initially investigated for pharmaceutical use as synthetic estrogen in the 1930s. Many plastic products marketed as BPA-free contain similar replacement chemicals.

Are they safe? Though the health effects of BPA are still debated, it is thought to be an endocrine disruptor that mimics estrogen in the body, potentially causing adverse health effects.

What can consumers do? BPA is absorbed into the body mainly through food and drink, though contaminated air and dust might also be a factor.

What are they? PFAS, short for perfluoroalkyl and polyfluoroalkyl substances, are a group of at least 4,700 synthetic chemicals that have been in commercial production since the 1940s to make surfaces resist stains, water and grease.

Are they safe? Health effects of the various kinds of PFAS are debated, but a growing body of evidence has linked exposure to some of them to:

What can consumers do? Exposure to PFAS comes mainly from drinking contaminated water, eating food packaged in certain materials, or using products embedded with PFAS.