The rate of maternal deaths has doubled in Texas in two years, and a single group is suffering with wild disproportionality: black women 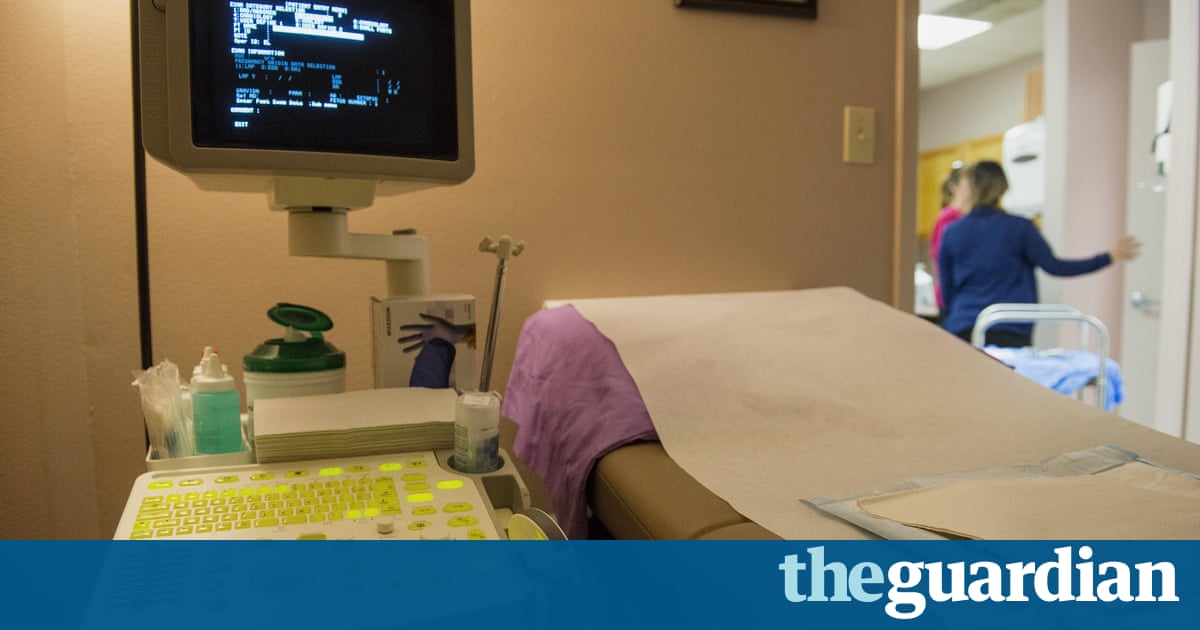 It happens just about weekly, said Dr G Sealy Massingill. A woman comes to the Fort Worth hospital where he works as an OB-GYN. She is pregnant, she has diabetes. He treats her for both. She delivers a healthy baby.

And then, nothing. Perhaps the problem is the end of her pregnancy spells the end of her insurance coverage. Perhaps she has no means of childcare to slip away for an appointment. Whatever the reason, the outcome is too often the same, said Massingill. They just vanish.

In the past week, back-to-back reports have sounded piercing alarms about a crisis of maternal mortality in Texas. The first report, which appears in next months issue of the academic journal Obstetrics and Gynecology, found that the rate of maternal mortality had crept up across the United States but doubled in Texas in a matter of just two years. The leap in death rates for new and expectant mothers, said the reports authors, was hard to explain in the absence of war, natural disaster, or severe economic upheaval.

As Texas reeled from that report, the states maternal mortality prevention task force released another confirming that the rate of maternal deaths was rising and a single group was suffering with wild disproportionality: black women, who accounted for 11.4% of births in Texas in 2011 and 2012, but 28.8% of deaths linked to pregnancy. The task force also found a worrisome rate of maternal morbidity, in which a woman nearly died from pregnancy-related causes and may be left with a major impairment.

Now, public health advocates are straining for possible explanations. Massingill points to these women who fall through the cracks at an alarming rate due to lack of health care coverage or the basic struggles of poverty.

And there are other hypotheses. Was it dramatic cuts to the states system of family planning clinic? The states large population of undocumented women, who struggle to obtain health insurance? Or its state-of-the-art hospitals, which accept complicated maternal cases from all over the American southwest and South and Central America?

Several have hypothesized that the surge in deaths is not a surge at all, but the true rate of maternal mortality in Texas, only now being exposed because the state has expanded the way it captures mortality data.

Other experts are puzzled by the changing composition of factors that cause maternal deaths. Cardiac events and drug overdoses make up the biggest causes of deaths that can be linked to pregnancy in Texas, eclipsing more familiar causes such as eclampsia and hemorrhage. Women in the United States have grown far more likely to deliver by caesarian section compared to previous decades, and each successive C-section entails a greater risk of complication.

But for the time being, most admit that no one knows whats happening.

We rarely actually see a patient die from maternal death in our practice, said Dr John Jennings, an OB-GYN in the Houston area. If one of his patients were to die from maternal causes, he continued, it might happen from a major cardiac event that takes place months after he has stopped treating her.

One problem may be that in Texas, many poor women are only eligible for Medicaid coverage during their pregnancy and for a prescribed period of time after they give birth.

Once the baby is born, theres not a big commitment in our state to protecting the mother, Massingill said. Programs for new mothers lack enough providers because of poor reimbursement rates, and the biggest impact falls on poor women who are uninsured. They have very excellent care during their pregnancy, but when they stop being pregnant, they lose that coverage.

Doctors across the state say they care for these at-risk patients as best they can while theyre still covered.

Dr Raymond Moss Hampton, an OB-GYN at theTexas Tech University health sciences center and the Lubbock General Hospital, said doctors in his departments have begun to shift their protocols, screening more aggressively for high blood pressure and more tightly regimenting their care of women with heart disease. Still, many deteriorate after giving birth.

We recently had one lady who had pulmonary hypertension die about six months after delivery in our emergency room, said Hampton. Its very traumatic for everyone.

At the same time maternal mortality appears to be rising, the states network of clinics that screen women for reproductive health problems and provide low-cost contraception is contracting. It is a crisis, said Jennings, of the states own making. In 2011, the Texas legislature cut about two-thirds from the states family planning budget of $111.5m, causing some 80 family planning clinics to shut down. The Republican-controlled statehouse also maneuvered to exclude Planned Parenthood, a major provider of STI and cancer screenings, well-woman exams, and contraception, from using state and federal funds to subsidize these services for poor women.

Doctors and the two reports differ on whether the jump in maternal deaths can be directly linked to these cuts. But what is clear is that the state has yet to recover the capacity to provide reproductive health care with new programs.

We have had a destruction, in part, of our ability to take care of contraceptive issues, said Jennings. Those issues have got to be overcome, and those are issues that are Texas-specific, because we kind of led the way in passing those laws.

Sometimes, Sealy says, those lost patients he hasnt seen since their pregnancy do reappear again for their next pregnancy, or, in his emergency room.

You see them back again, in worse shape, and they have had a real disaster befall them since their last pregnancy, he said. And it gets worse and worse and worse.