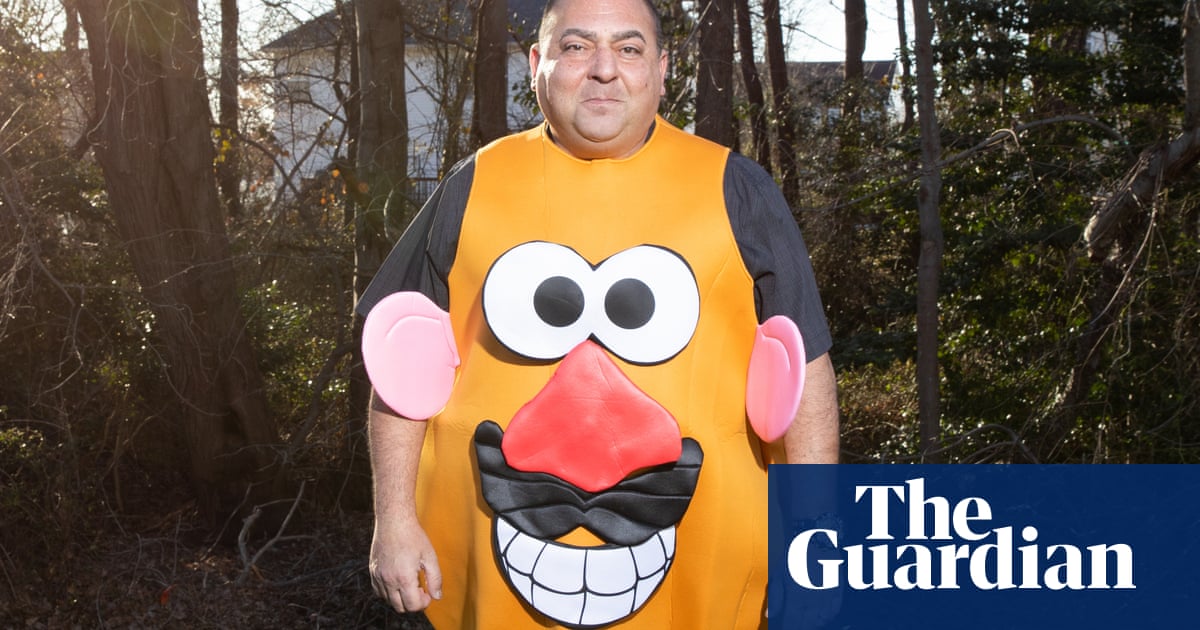 It was Halloween 2015 and Michelle and I had friends over at our home in New Jersey. Over dinner, I started to feel unwell and took myself to bed. The next morning, Michelle found me having a seizure, choking on my vomit.

At the time, I worked as a tyre salesman and had always enjoyed good health. But that September, I had had an operation on my nose, followed by a sinus infection that was treated with antibiotics. Afterwards, Michelle kept saying I wasn’t myself. I was walking into walls, slurring my words and falling asleep. I thought I was just recovering.

During the seizure, I was rushed to hospital. The doctors asked Michelle how much I’d had to drink, as my kidneys and liver were showing I was in alcohol withdrawal. She was stunned. I have diabetes and we don’t have alcohol in our home. In the two years we’d known each other, the most we’d drunk was one shared cocktail on a cruise. The hospital ran tests but couldn’t find a cause.

Finishing a full day at work became a problem – I kept needing to sleep. Sometimes, I’d call Michelle to say I had to come home, and she’d find me in the driveway, slumped over the steering wheel. I proposed to her that December. I got down on one knee, gave her the ring and remember saying, “Do you…,” but I didn’t hear her reply; I had fallen to the floor.

Doctors kept telling us it was a complication of diabetes, but Michelle believed it was more than that. She was a nervous wreck, frantically trying to get answers; if she left me alone, she never knew where she’d find me.

During 2016, I was admitted to hospital every few weeks. I was given oxygen tanks to use 24/7. I completely stopped work and felt useless. My memory of the entire time is cloudy. One morning, the police pulled me over at 8.15am, did a breath test and then arrested me for drunk driving. Michelle and I went to hospital in the evening, where they found my blood alcohol levels to be the same as 11 hours earlier. It didn’t make sense. At that point, Michelle started to wonder if I was drinking behind her back, and turned the house upside down, looking for alcohol.

By a stroke of luck, Michelle’s cousin, who is a doctor, went to a conference on rare conditions and came across auto-brewery syndrome (ABS). It occurs when antibiotics cause an overgrowth of a brewer’s-type yeast or bacteria in the gut, which turns carbohydrates into alcohol. We bought a breathalyser. Normal blood alcohol levels are 0. Legal driving levels in the US are 0.08. On waking up, mine were 0.2 – the level at which people start vomiting and blacking out. After I ate carbs, it went up to 0.42. At that level, most people would be in a coma, if not dead.

In December 2016, I was finally diagnosed with ABS. It was a relief because it proved I wasn’t drinking, and the police charge was dropped. We weren’t given any treatment: we just knew I had to stop eating carbs. But I didn’t get better. Michelle called at least 100 doctors nationwide, but no one knew what to do with me. I told Michelle to leave me. There was no hope; I felt so bad for her.

We got married in 2017. It was your typical over-the-top Italian wedding, but I was as sick as a dog, and had to go to intensive care with pancreatitis straight after.

A specialist finally agreed to take me on. I was given intravenous anti-fungals, and after four weeks my alcohol levels dropped. I was awake more often and stopped passing out. We were so happy to see a possible end in sight. Thankfully, the bacteria and yeast causing the problem were killed, and my body stopped brewing alcohol. I’ll never make it up to my wife, but I am glad that I’m now contributing to medical research on how to treat the condition.

Now I’m back at work and able to eat carbs. I live in fear of needing antibiotics, because it could all start again. Financially, we’re wiped out: we paid $45,000 in medical bills after insurance. I’ve also gained weight, which is bad for diabetes. People joke that it sounds fun to get drunk from a slice of pizza. There’s nothing fun about it.

• As told to Candice Pires

Do you have an experience to share? Email experience@theguardian.com

Comments on this piece are premoderated to ensure the discussion remains on the topics raised by the article. Please be aware that there may be a short delay in comments appearing on the site.