Washington (CNN)The National Rifle Association is setting aside years of documents related to its interactions with a Kremlin-linked banker, as the gun-rights group appears to be bracing for a possible investigation, according to sources familiar with the situation.

The renewed attention has highlighted the close-knit if sometimes uneasy alliance between top NRA officials and Torshin — a relationship that ensnared members of Trump’s team during the presidential campaign, inviting further congressional scrutiny. 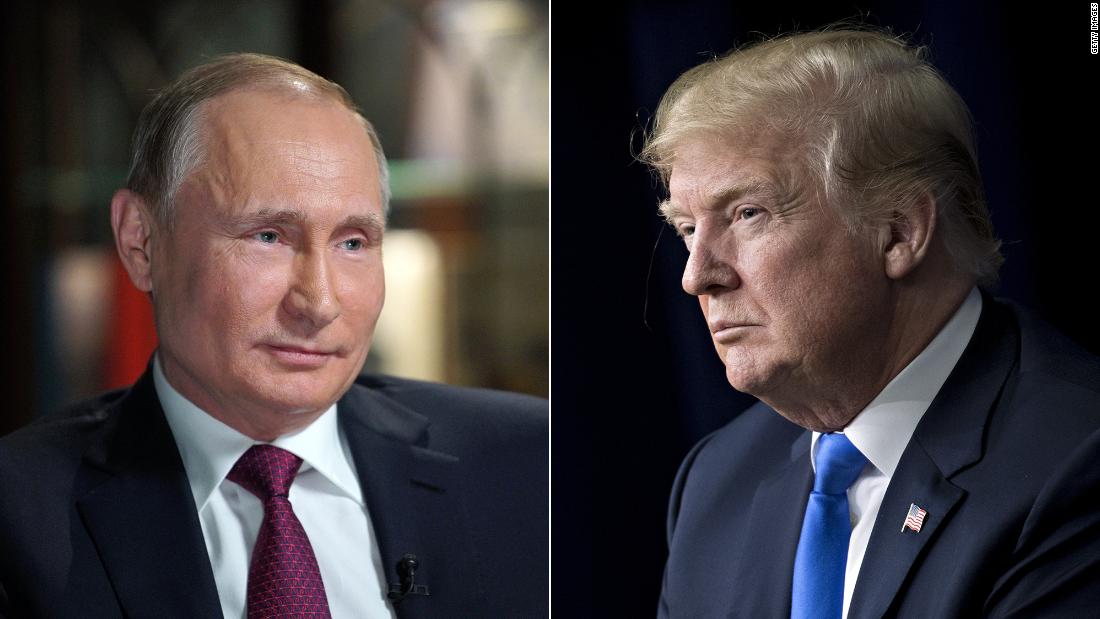 Those inquiries could shed light on the tightly held fundraising practices and political activities of the NRA. The political powerhouse shelled out more than $30 million in 2016 to back Donald Trump’s candidacy — more than it spent on 2008 and 2012 political races combined, according to the Center for Responsive Politics. Vice President Mike Pence is slated to speak at the National Rifle Association’s annual convention in Dallas next Friday, an official told CNN.
The NRA recently found itself facing allegations that the FBI was investigating whether Torshin illegally funneled money through the group to bolster Trump, according to a McClatchy report. The NRA has publicly denied any contact from the FBI and insisted it hasn’t accepted illegal donations.
Despite the public denials, officials at the gun-rights group have been anxiously preparing as if they were already under investigation, sources said. Some employees have been tasked with preserving years of documents mentioning Torshin or his associate, Maria Butina, who runs a pro-guns group in Russia, a source familiar with the situation said. Privately, some officials have expressed anxiety about a potential investigation and the group’s Russian ties. 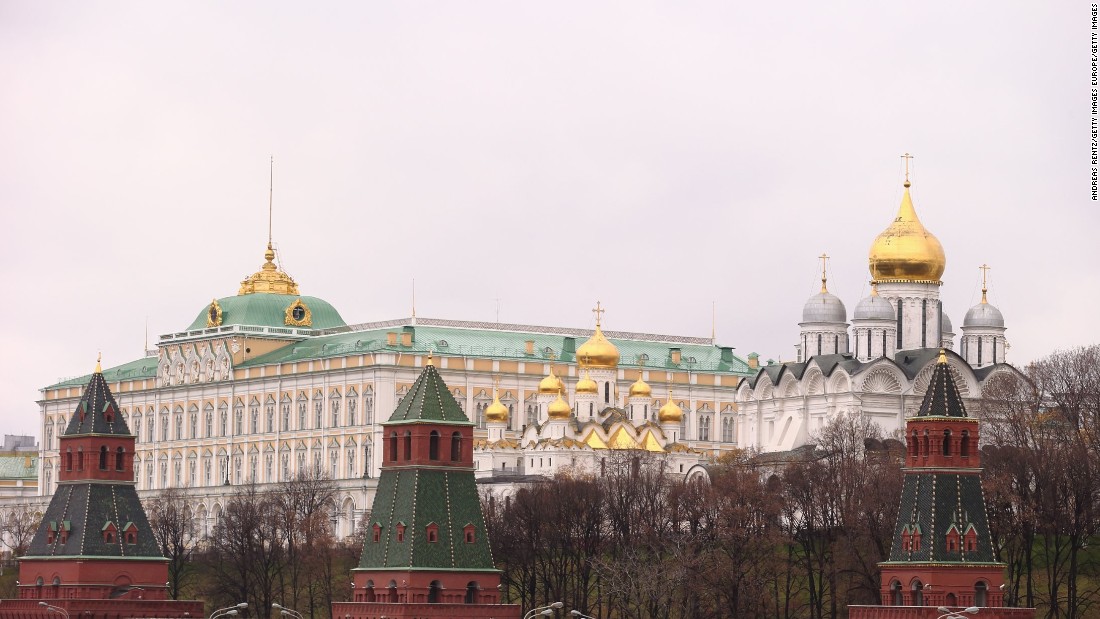 The NRA’s precautions could be little more than due diligence as the group faces inquiries from congressional investigators and the media about its relationship with Torshin. But the feeling among some officials internally is that the group appears to be readying for an investigation.
“True believers to the cause are getting very antsy,” said a person privy to the NRA’s internal deliberations. “They were definitely preparing, they were bracing themselves.”
The NRA declined to comment.

Torshin, the deputy head of Russia’s central bank who served for years as a senator in the Russian parliament, began making inroads into the NRA with the help of Tennessee lawyer G. Kline Preston. Preston, who said he has known Torshin for about a decade, said the Russian wanted to meet the leadership of the NRA, so Preston cold-called then-NRA President David Keene. In other media interviews, Preston said that call took place around 2011.
“I can certainly say without any reservation that Torshin’s intent was purely about helping with the expansion of gun rights,” Preston said. “Infiltrating to influence the NRA politically is a red herring.”
But even some within the NRA viewed the partnership warily.
When Donald Trump Jr. arrived for a dinner on the sidelines of the NRA’s 2016 annual meeting in Louisville, some attendees — including NRA officials — were startled to discover Torshin and Butina already present at the restaurant where the reception was being held, according to sources familiar with the event. Torshin and Butina weren’t invited to the dinner, but they were asked to stay and speak anyway.
“Donald J. Trump Jr. was attending an NRA convention and having dinner when an acquaintance asked him to say hello to Torshin and made an introduction,” said Alan Futerfas, an attorney for Trump Jr. “They made small talk for a few minutes and went back to their separate meals. That is the extent of their communication or contact.”
The seemingly impromptu encounter left some officials at the gun-rights group wondering whether it was a setup by the Russians, sources said.
Throughout the campaign, a number of people made overtures to Trump campaign aides on Torshin’s behalf. Those emissaries sometimes touted their NRA connections as they aimed to helped Torshin quietly facilitate a relationship between then-presidential candidate Trump and Russian President Vladimir Putin.
In one such email, a conservative activist reached out on Torshin’s behalf to say his goal was “cultivating a back-channel to President Putin’s Kremlin.”
The activist added, “Putin is deadly serious about building a good relationship with Mr. Trump,” according to the House Intelligence Committee reports.
The outreach efforts reached Trump son-in-law Jared Kushner, campaign manager Paul Manafort, his deputy Rick Gates, then-campaign adviser Rick Dearborn and Jeff Sessions, then a foreign policy adviser and now the attorney general, according to emails reviewed by the House Intelligence Committee.
In at least some of the cases their overtures were rebuffed. Torshin was unable to schedule a meeting with candidate Trump at the 2016 NRA meeting, but ultimately managed to meet Trump Jr.
Trump Jr. told congressional investigators he didn’t speak to Torshin about the upcoming presidential election, according to the House Intelligence Committee’s Russia report.
In an interview with Bloomberg News nearly a year after the event, Torshin touted his dinner with Trump Jr. at the NRA meeting and claimed he had known Trump for nearly five years.
It’s unclear whether the outreach to Trump aides attracted the attention of special counsel Robert Mueller. But he and his team have been delving into the possibility that Russians may have injected foreign money into the 2016 race to influence the election.
The White House did not respond to requests for comment. A spokesperson for the Trump campaign declined to comment.

Worries about a Russian influence operation

The skepticism among some NRA officials about the pair of gun-loving Russians may have been well-founded.
Torshin’s years-long involvement with the NRA had all the hallmarks of a Russian influence operation, Russia experts said. Russian operatives often look to build relationships with polarizing groups — on either end of the political spectrum — to breed division and advance the Russian agenda.
“We could give them the benefit of the doubt and say this is just a natural interest and affinity; this guy Torshin and this woman Butina are just gun aficionados,” said Alina Polyakova, a Russia expert and foreign policy fellow at the Brookings Institution.
But given Torshin’s stature — a former Russian senator and now a deputy head at the Russian central bank — that is exceedingly unlikely, experts said.
“To me this seems like part and parcel of an influence operation,” Polyakova said.
Torshin did not respond to requests for comment.
Prolific on Twitter, he has tweeted that the report of an FBI investigation was little more than a rumor. Preston, the Tennessee lawyer, said Torshin was similarly dismissive of those reports when the two men saw one another on Preston’s recent trip to Moscow.
“A lot of it, I think, he sees as comical,” Preston said of Torshin’s reaction. “It’s absurd.”
If some NRA officials were surprised to encounter Butina and Torshin awaiting Trump Jr. at that private event in 2016, one prominent NRA official was not: David Keene.
Keene, now an NRA board member, said there was a small birthday dinner for him that evening, which Torshin and Butina attended. It happened to take place at the same restaurant as the NRA gathering, he said, and someone brought Trump Jr. by to say hello.
Keene played a central role in fostering the relationship between Torshin and the NRA.
In 2015, Keene brought a delegation of NRA backers to Moscow for a flurry of events with Torshin and Butina, who had founded her own version of the NRA — Right to Bear Arms — in Moscow. 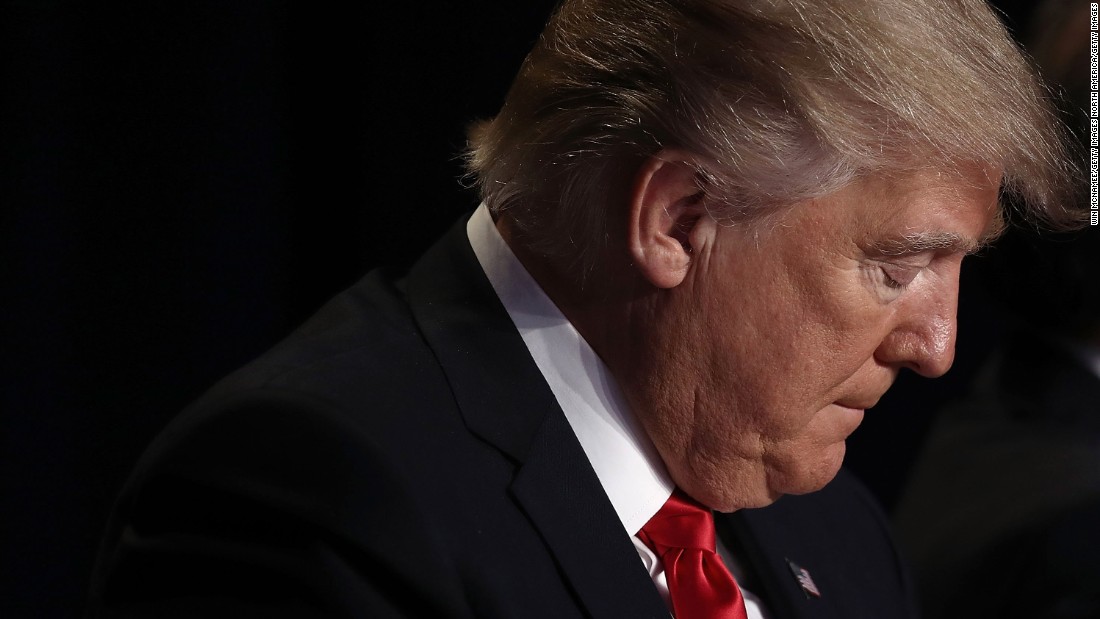 The group went sightseeing, toured a Russian gun manufacturer and met with Russian Deputy Prime Minister Dmitry Rogozin — one of the first Russians the Obama administration slapped with sanctions after Russia annexed Crimea. One of the members of the tour group, former Milwaukee Sheriff David Clarke, rose to become a prominent Trump surrogate during the campaign. In an ethics filing, he disclosed that the Russian Right to Bear Arms group shelled out $6,000 for his meals, lodging and excursions on the trip.
Butina shared a photo of the group of Facebook, which described the excursion as an official visit from an NRA delegation.
That’s exactly what the NRA’s leadership was hoping to avoid.
Ahead of the trip, top NRA officials had expressed concern that the Moscow visit could invite political backlash, according to sources familiar with their thinking. They pulled the NRA president at the time from the trip, which he was slated to attend, and encouraged Keene to treat it as an independent excursion.
Keene declined to comment on the Moscow trip.
In a recent letter to Sen. Ron Wyden, an Oregon Democrat who is examining the NRA’s finances, the NRA once again downplayed its association with the 2015 Moscow junket. It insisted one of the attendees — a top NRA donor — traveled to Russia “in his personal capacity,” rather than as a representative of the organization. The GOP-controlled committees have shown little interest in investigating the NRA, but some Democrats are clamoring for additional information.
Republicans on the House Intelligence Committee “refused to investigate whether Russian-linked intermediaries used the NRA to illegally funnel money to the Trump Campaign, to open lines of communication with or approaches to Trump or his associates, and how those approaches may have informed,” Russian interference in the 2016 election, Democrats on the committee wrote in their rebuttal to their GOP colleagues’ assessment that there was no collusion between the Trump campaign and Russia.
Meanwhile, Russia experts said the Russian gun-rights group appears to mainly be a facade to build ties with the NRA. It has little influence in Russia, which has strict gun laws and little public support for loosening them.
“It doesn’t exist really in Russia,” Anders Aslund, a senior fellow at the Atlantic Council and an expert on economic policy in countries including Russia, said of the group. “This is the old Soviet fashion of operating through front organizations. The purpose is to infiltrate the NRA and, probably, also transfer money.”
By 2016, both Torshin and Butina had become fixtures at the NRA’s high-dollar donor events, according to attendees.
The pair has popped up at the Golden Ring of Freedom Dinner, an exclusive event for donors who have given $1 million or more, and hospitality suites for lifetime members. Butina has also attended the women’s luncheon hosted by the wife of Wayne LaPierre, the NRA’s executive vice president. Tickets start at $250 a head, according to sources familiar with the event. 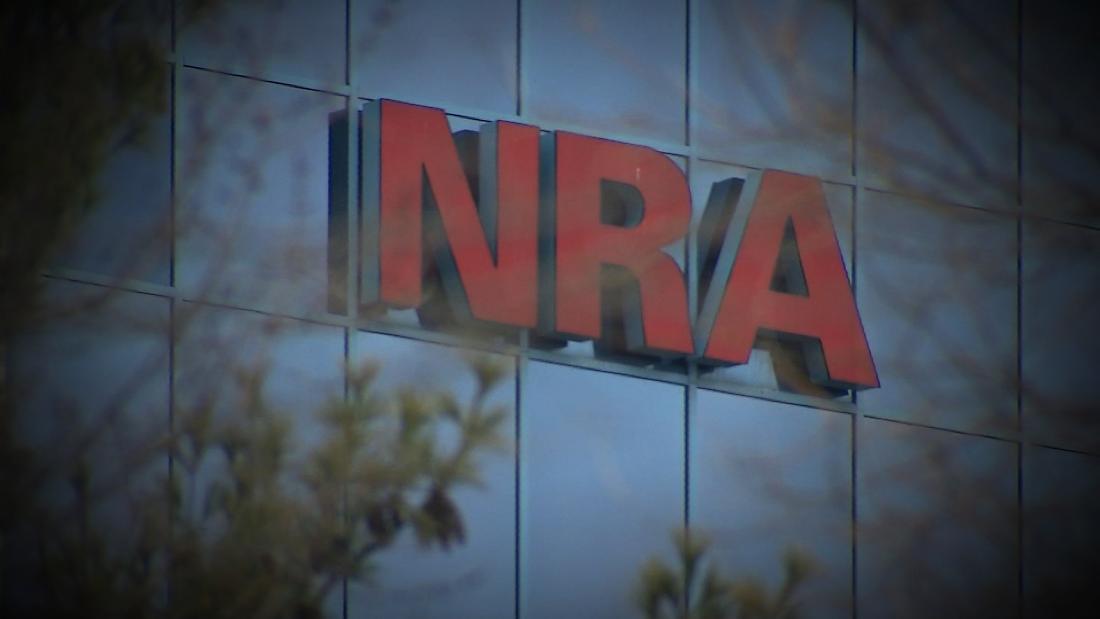 Sometimes the Russians attended as guests of other members or alongside corporate sponsors.
As for Keene, he said he was not aware of any donations to the NRA from either Torshin or Butina. He said he has not been contacted by the FBI.
The NRA has said that Torshin paid membership dues but said he has not made any additional contributions.
The NRA has also acknowledged that it accepts donations from foreign donors and entities, which it is legally allowed to do. The group would only run afoul of US law if it used foreign donations for certain election-related purposes. In the letter to Wyden, the NRA said it found “no foreign donations in connection with a United States election, either directly or through a conduit.”
The NRA’s general counsel also said no Russian nationals have ever been members of the Golden Ring of Freedom program for million-dollar donors, according to the letter to Wyden.
Wyden appeared unconvinced, peppering the group with an additional round of questions.
In its latest response, the NRA said it no longer plans to cooperate with Wyden’s inquiries.