The war hero, senator, secretary of state and presidential candidate has plenty to write about and to be right about 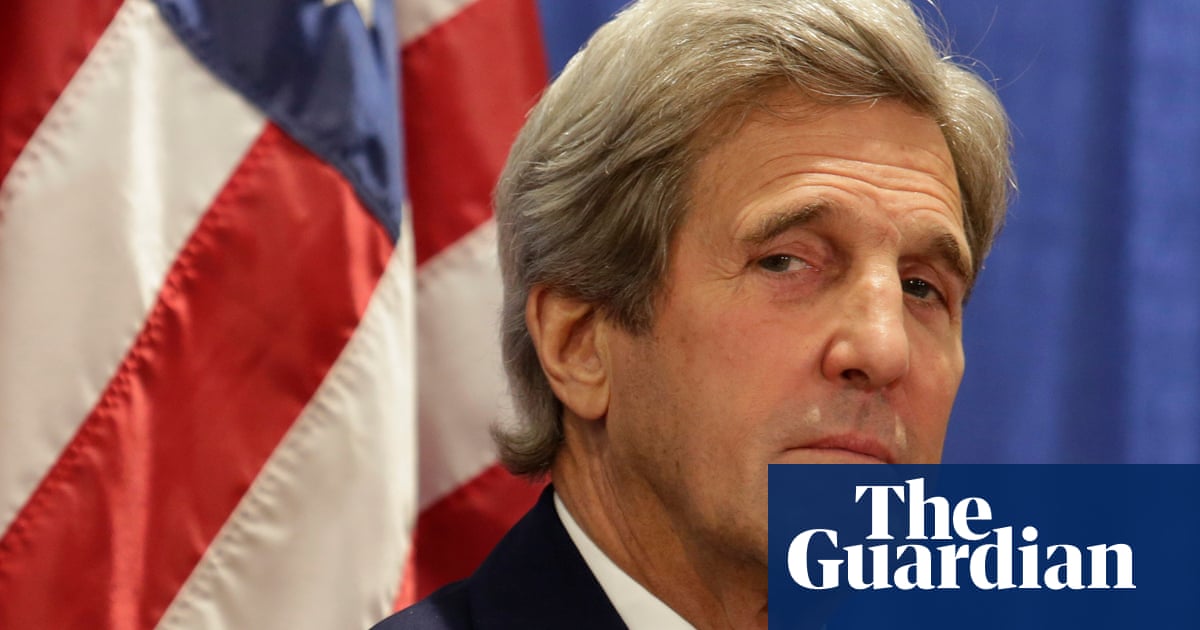 John Forbes Kerry served nearly three decades in the Senate, four years as secretary of state, and did a tour of duty as a naval combat officer in Vietnam. He also landed within three points of beating George W Bush in 2004, the smallest winning margin for an incumbent president since Woodrow Wilson. Now comes Every Day is Extra, Kerry’s dense 640-page tome, his fifth book and first memoir.

Like the ex-senator himself, Every Day is Extra is informed, informative and at times overly self-indulgent. Kerry’s prose is detailed but not vivid, sounding more like a transcribed diary than a personal tell-all. Still, he provides essential accounts of his time as a truly heroic but wrongly maligned Swift boat officer, and as the secretary of state who was the prime mover of the Iran deal and the Paris climate accord.

An early Obama supporter and the son of a diplomat, Kerry nonetheless makes clear he did not see eye-to-eye with his former boss on the abandonment of Obama’s self- imposed red line in Syria. For his pushback, Kerry earned a rebuke from Denis McDonough, Obama’s fifth chief of staff.

According to Kerry, McDonough shot back: “If you’re saying the president looks weak, I take umbrage at that.”

Kerry denies the accusation, but adds: “But I did believe that if you said you were going to do something, it was important to follow through.”

Born privileged if not rich, Kerry spares little in describing his personal Arcadia. He reminisces over a childhood spent at a Swiss boarding school, summering on Naushon Island, just off Cape Cod, and an adolescence parked at St Paul’s, a New England boarding school that also counts Robert Mueller, the special counsel, among its alumni. To top it off, as a young man Kerry attended Yale and sailed with President John F Kennedy.

If this sounds a bit cloying, it is – even to Kerry’s social peers. Tellingly, in a Doonesbury comic strip inked in the early 1970s, Kerry thinks to himself, “You’re really clicking tonight, you gorgeous preppy.” Garry Trudeau, Doonesbury’s creator, attended the same prep school and college.

Yet Kerry is a case of true self-sacrifice. Unlike Donald Trump, Bill Clinton, Dick Cheney, Dan Quayle and George W Bush, he put himself in harm’s way. It was not about bone spurs or pulled strings.

At the same time, his subsequent theatric opposition to the Vietnam war helped him land in the Senate but ultimately torpedoed his presidential bid. Even now, Kerry does not appear to fully grasp that politics is the stepchild of cultural resentment.

Looking back at his presidential loss, he attributes his defeat to the Bush campaign’s support for a referendum on the Ohio ballot barring same-sex marriage, which arguably led to Kerry’s 110,000 vote loss in the Buckeye state. He also takes several swipes at John Edwards, his running mate, for his inability to convey sincerity about anything other than his own ambition.

Not surprisingly, Kerry’s critique of the 2004 race does not align with the Bush campaign’s postmortem. In their telling, it was not about social issues. Rather, the election turned on security moms and Kerry’s inability to appear to some voters as more than just a toy soldier.

In the last weekend before the election, the Bush campaign sent out a four-page targeted mailer that questioned Kerry’s toughness, his ability to lead the country at a time of war, and his commitment to getting Osama bin Laden.

To be sure, the campaign viewed the mailer as over-the-top. But strategist Alex Gage saw it as a modulated visceral pitch, sufficient to woo voters who had doubts about both candidates. For Team Bush, it was terror and war that carried their man past the finish line.

With a thin record in the Senate, Kerry had little more than his time in the navy to use as a political fulcrum. His tenure at Foggy Bottom, however, was both consequential and quixotic. He succeeded in hammering out the Joint Comprehensive Plan of Action (JCPOA), governing Iran’s nuclear ambitions, and the Paris agreement on greenhouse gas emissions – only to see both upended by Trump.