20 years after The Vagina Monologues, Id like to say that feminists have won. But patriarchy is a virus and we are in the midst of a massive outbreak 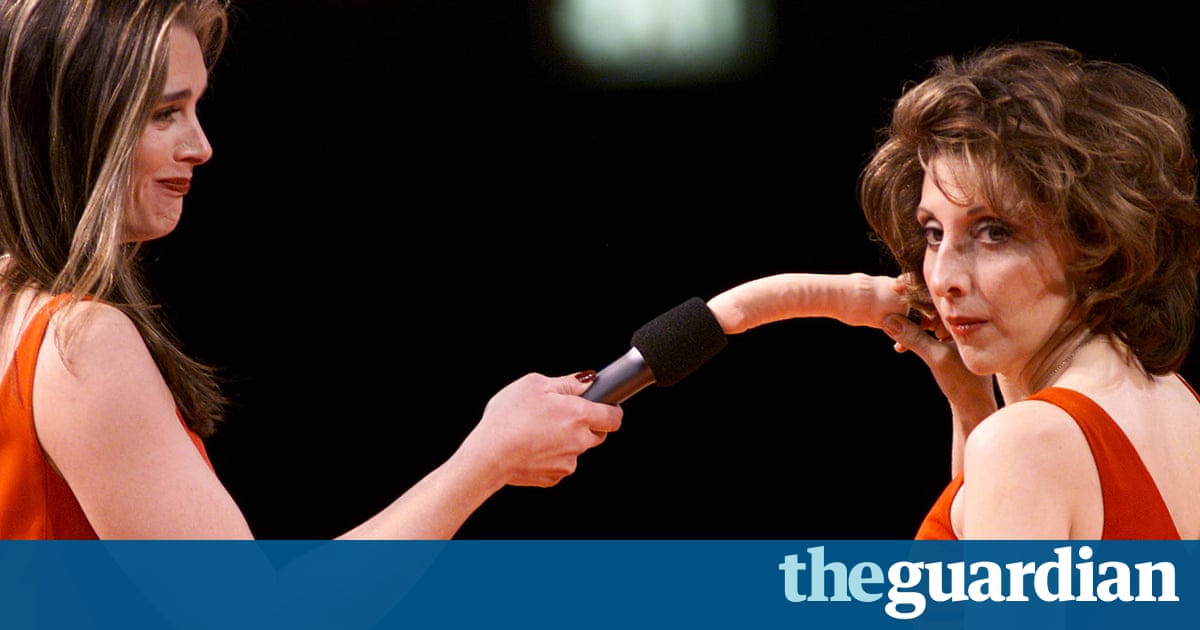 The first time I ever performed The Vagina Monologues, I was sure somebody would shoot me. It might be hard to believe, but at that time, 20 years ago, no one said the word vagina. Not in schools. Not on TV. Not even at the gynaecologist. When mothers bathed their daughters, they referred to their vaginas as “pookis” or “poochis” or “down there”. So when I stood on stage in a tiny theatre in downtown Manhattan to deliver the monologues I had written about vaginas – after interviewing over 200 women – it felt as if I were pushing through an invisible barrier, and breaching a very deep taboo.

But I did not get shot. At the end of each performance of The Vagina Monologues there were long lines of women who wanted to talk to me. At first, I thought they wanted to share stories of desire and sexual satisfaction – the focus of a big part of the play. But they were lining up to anxiously tell me how and when they had been raped, or assaulted, or beaten, or molested. I was shocked to see that once the taboo was breached, it released a torrent of memories, anger and sorrow.

And then something I never could have expected took place. The show was picked up by women all over the world who wanted to break the silence in their own communities about their bodies and their lives.

Memory one. Oklahoma City, the very heart of the Republican heartland. A tiny warehouse. The second night, word has gotten out about the play and there are too many people and not enough seats, so people arrive with their own lawn chairs. I am performing under what is essentially a light bulb. In the middle of a monologue, there is a great scuttling in the crowd. A young woman has fainted. I stop the play. The audience takes care of the woman, fanning her and getting her water. She stands up and declares what the play has emboldened her to say, for the first time: “I was raped by my stepfather.” The audience hugs her and hold her as she weeps. Then, at her request, I continue with the show.

Memory two. Islamabad, Pakistan. The The Vagina Monologues is banned. So I attend an underground production where brave Pakistani actors are performing the play in secret. There are women who have come all the way from Taliban Afghanistan in the audience. Men are not allowed to sit in the audience, but instead sit in the back, behind a white curtain. During the performance, women cry and laugh so hard their chadors fall off.

Memory three. Mostar, Bosnia. The performance is to commemorate the restoration of the Mostar Bridge, which was destroyed in the war. The crowd is comprised of both Croats and Bosnians, who had been slaughtering each other so recently, and there is tension and uncertainty. Women read a monologue about the rape of women in Bosnia. The audience weeps, wails, screams out. The actors stop. Audience members console each other, hold each other and weep together – Croats holding Bosnians, and vice versa. The play resumes.

Memory four. Lansing, Michigan. Lisa Brown, a state representative, is reproached and silenced by state legislature for using word “vagina” in protesting a proposed bill restricting abortion. You are not allowed, she is told, to say that word. Two days later I fly to Lansing and join Lisa Brown and 10 female house members on the steps of the Statehouse for an emergency performance of The Vagina Monologues. Close to 5,000 women attend, demanding that our body parts be named and recognised in our own democratic institutions. The taboo is broken. We can speak and be seen.

Shortly after the play was launched, with a group of other feminists, I helped form a movement called V-Day, to stand with all the women (cisgender, transgender and gender non conforming in all our colours) who were carrying out these fights across the world. Since then V-Day activists, through their productions of the monologues have raised more than $100m to support centres and shelters for rape and violence survivors, to fund hotlines, to confront rape culture.

And now, 20 years later, I wish for nothing more than to be able to say that radical anti-racist feminists have won. But patriarchy, alongside white supremacy is a recurrent virus, like herpes. It lives dormant in the body politic and is activated by toxic predatory conditions. Certainly in the US, with an openly racist and misogynist predator-in-chief, we are in the midst of a massive outbreak. Our job, until a cure is found, is to create hyper-resistant conditions that build our immunity, and will make more outbreaks impossible. It starts where The Vagina Monologues, and so many other acts of radical feminist resistance, begin – by speaking out. By saying what we see. By refusing to be silenced.

They tried to stop us even saying the names of some of the most precious parts of our bodies. But here’s what I learned. If something isn’t named, it is not seen, it doesn’t exist. Now more than ever it’s time to tell the crucial stories and say the words, whether it’s vagina, “my stepfather raped me” or “the president is a predator and a racist.” When you break the silence you realise how many other people have been waiting for permission to do the same thing. We will not be silenced again.

Eve Ensler will speak and perform excerpts from The Vagina Monologues at Antidote: A Festival of Ideas, Art & Action at the Sydney Opera House on 2-3 September, which replaces Festival of Dangerous Ideas in 2017.