The former foreign minister, activist and politician has radical ideas for todays Italy 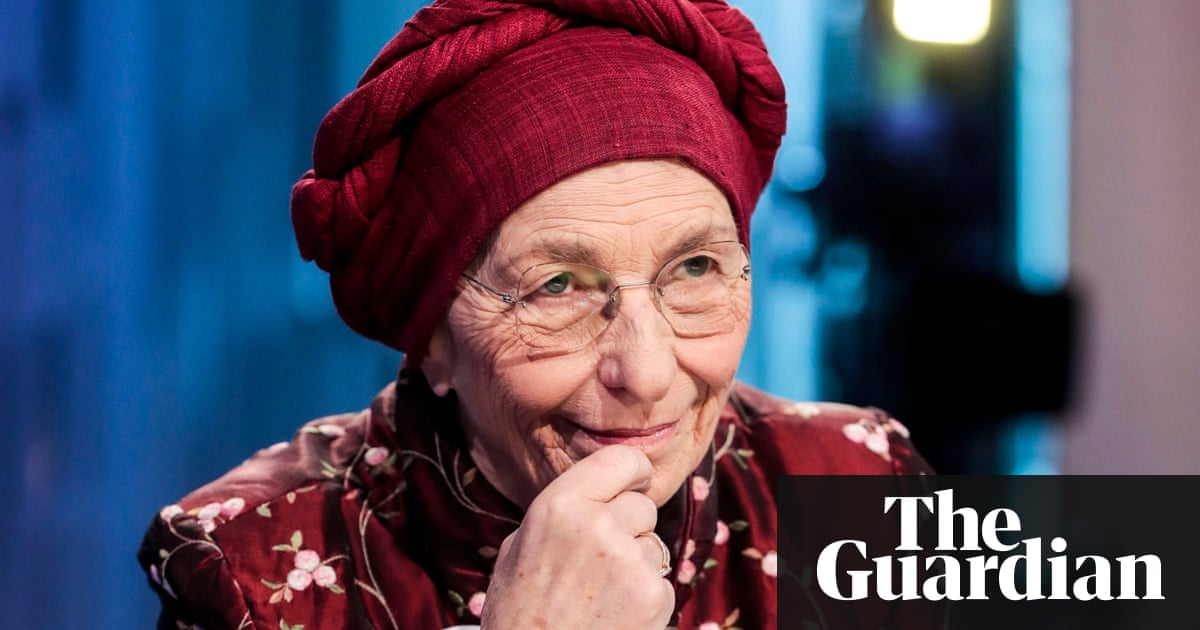 Forty years ago, Emma Bonino fought to secure abortion rights in Italy in the shadow of the Vatican. Her campaign involved hunger strikes and a three-week stint in jail.

These days, the former foreign minister, activist and candidate for parliament, is waging an equally difficult battle in support of migrants and in defence of Europe, two ideas that seem radical in today’s bitter political environment.

There is, Bonino says, an invisible thread that connects the causes of her life.

“You can look at the fights I have waged with this point of view: I support a democratic liberal order and believe in the centrality of the individual, his rights but also his responsibilities,” she says.

Those ideas, she adds, are under threat.

Bonino is an icon in Italy. Her supporters might call her the conscience of the country.

While she is not realistically hoping to win next Sunday’s national election, if Bonino and her party – More Europe – do well, she will win 3% of the highly fractured Italian vote, a result that would give her control of her own parliamentary group. It would also grant her a fair amount of influence in the event that the election ends, as many expect, with the creation of a grand coalition government between the centre right and centre left parties headed by two former prime ministers, Silvio Berlusconi and Matteo Renzi.

The 69-year-old has gained momentum over recent weeks, despite the fact that her ideas – including granting citizenship to immigrants – run contrary to the prevailing winds in Italy, where migrants are increasingly the target of political vitriol, and where Brussels has been blamed for the country’s economic woes.

In an interview in her small rooftop apartment, which has a terrace overlooking St Peter’s Basilica, Bonino – a lung cancer survivor – admits she is frailer than she once was, but is driven by passion for her politics and concerns for the country.

“If I look back 50 years ago, if you look at women’s rights, I cannot even recognise my country, the change has been enormous,” she says. “That doesn’t mean it is all done. On the contrary, rights are a process, and if you don’t care for them, you can lose them from morning to night.”

She has been thinking about the “banality of evil”, the term coined by Hannah Arendt, the political theorist who examined the rise of Nazism, after she saw a viral video of an elderly Italian woman harassing a black man on a bus while other passengers looked on.

“Arendt explains how one small sign happens after the other that no one cares about, and then you suddenly find yourself in hell,” she says.

The signs that are worrying Bonino are escalating incidents of political intolerance on the left and the right, racist attacks that are not adequately challenged, the lack of resilience in institutions, and the mediocrity of leaders.

She was disturbed by two recent incidents of violence against women, and how differently the murders were treated in the press based on the race of the suspected perpetrators: one, a migrant from Nigeria, and another, a white Italian.

“There is no excuse for this kind of thing,” she says. “There are many things you can do to counter this phenomenon: public speeches, videos, talking in schools, exactly like the entrepreneurs of fear use. It is not true that we don’t have tools to react, we are simply not using them in an assertive way.”

One of her top political priorities is giving legal status to hundreds of thousands of migrants who are in Italy illegally, much as Berlusconi did in 2000.

She is convinced that Europe’s demographic challenges and low birthrates will, eventually, give European capitals a wake-up call about their need to welcome immigrants.

“Sooner or later, we will recognise that we need them,” she says. “For the moment the political mood is so bad, so unhealthy, that there is no way to talk rationally.”

While Bonino is not worried that Italy might leave the EU, she believes that the constant targeting of Brussels as the source of the country’s problems will have a long-term negative impact.

“It’s very simple. On one side you have Putin and on the other side you have Trump. You have China and south of the Mediterranean is on fire. If this is the new landscape, if we go on as 27 small states, each on his own, where do we go?” she says.

“If we continue with blaming Europe, we will never make it better. It will stay as it is, like a boat taking water. So in the end, the boat will sink out of inertia,” she adds.

Bonino has her share of gripes with the EU, particularly in its handling of the Libya crisis. She condemns, as a stark violation of “every sort of international convention”, the manner in which Italy has sought to keep migrants from entering the continent.

“We know that the ones who are saved [by the Libyan coastguard], that they are lost forever, and that no one knows what their life will be,” she says. “We know we are sending them back to hell, we know the conditions of the detention centres they keep. I don’t call that a success, I cannot call that a success.”

In contrast to her fight with the Catholic church 40 years ago, Bonino can, these days, count on at least one ally: Pope Francis.

The two, she says with a grin, are in touch. “We have some connections, so we pass messages quite often, through friends.”