There are tiny twitches of genius on the rappers first album in four years, but to get there you have to wade through acres of bad gags, filler and formulaic fury 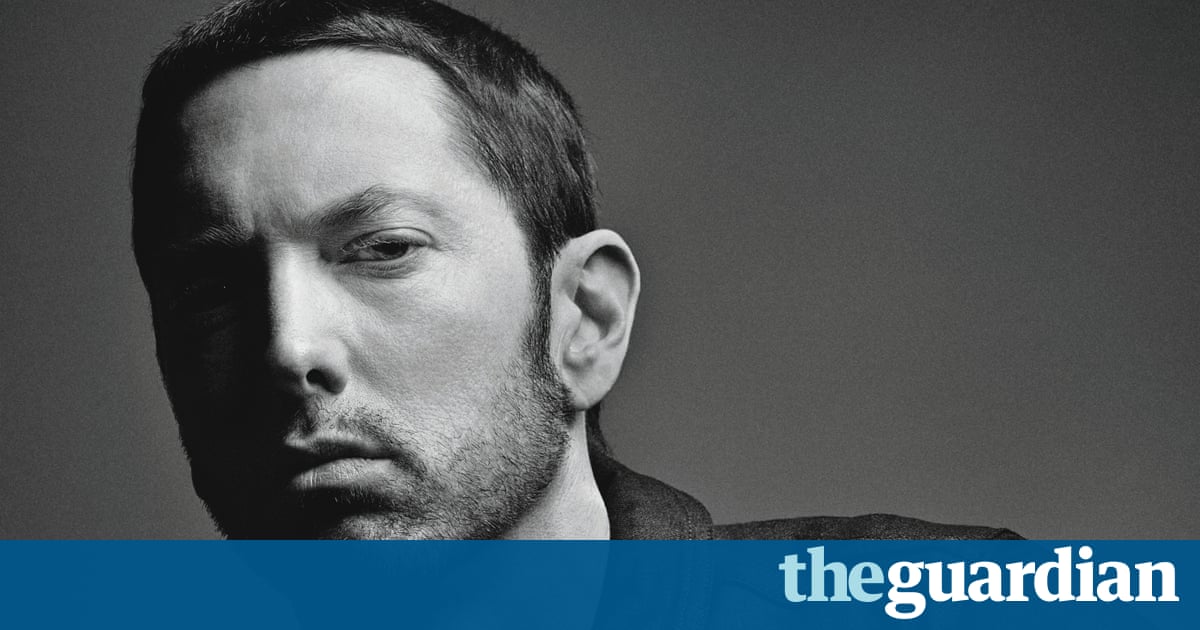 Ladies and gentlemen, we have a winner. For the last 20 years, two technically versatile and emotionally literate rappers have been vying for the title of “biggest tin ear for beats”. Sorry, Nas: you’ve been roundly trounced at last.

Production-wise, Revival is a trainwreck. If Eminem thinks his verbal box of tricks can overcome the weakness of any backing track, his recent albums have demonstrated otherwise. Revival begins with the Beyoncé-featuring Walk on Water, a song as thrilling as shopping for shower curtains – but were it put at the end of this exhausting LP it would at least provide some sweet respite. Its beat is relatively subtle, lacks bombast and doesn’t have you questioning the sanity of all involved. Much worse are the negligible scribblings of frequent collaborator Alex da Kid, on studio speed-dial for album filler, or the decision to flip Joan Jett for the risible Remind Me. Rick Rubin – the man behind 99 Problems, Run DMC’s Walk This Way and Johnny Cash’s take on Hurt – produced the latter.

Early fans have long since given up on Eminem, which is probably of zero importance to him, but if you played this album to them they’d be baffled. Eminem is clearly a rapper, but there’s hardly a trace of hip-hop here. The guests – Alicia Keys, Pink, Ed Sheeran, Beyoncé – speak to pop-rap stadium-packing ambitions, as does the familiar song structure. We start off slow, he gets angrier, he explodes in incandescent rage, an anthemic vocal hook comes in. Repeat, for 77 minutes.

As Alexis Petridis noted in these pages, the most interesting thing about the rapper in 2017 is his decision to turn on many of the people who will have backed him for years. There’s little doubt that past Eminem anthems have provided solace or angry catharsis for the kind of kid that goes all out on 4Chan and shares Pepe the Frog memes, so his recent freestyled tirade against Trump showed a welcome willingness to engage in big, potentially unpopular fights. But sadly you’ll find little cogent analysis of Trump-era America on Revival.

There’s more to like on Framed and the strange but intriguing Untouchable. The former, which nods to Making a Murderer and sees Eminem with Ivanka Trump in the trunk of his car, is vintage horrorcore, and its simplicity and menace marks it out. It doesn’t belong here, really. Untouchable shows him keen to engage with race relations, jumping from the perspective of a racist white cop to that of a black man, with an accompanying beat change. It’s a tricky tightrope, and possibly misjudged, but it shows ambition and breaks up the formula.

Offended, meanwhile, packs in more rhyme schemes, flows and punchlines than most MCs manage in a career, as well as the album’s best beat. But it’s still a mess: too tricksy and undermined by a truly risible hook. Eminem seems to have spent years overworking every last rhyme into a pun-fest that eats itself – a low is reached with Heat’s line, “I’ve got to meet her like a taxi”.

The album frequently sags, as any 19-track album is wont to do, though two introspective moments at the end save the concept somewhat. He writes letters to his daughter on Castle, then atones for his life’s mistakes on Arose as he imagines his deathbed – and then delivers a rewritten take on Castle’s closing verse, seizing life anew.

But this maturity comes too late – we’re already past the point where you can no longer take Eminem seriously. Revival is littered with tracks where he apologises to various people for his behaviour, before he flips into a track about killing someone and does a knob joke.

Is he for real when he raps on Castle: “I’ll put out this last album, then I’m done with it / One hundred percent finished, fed up with it / I’m hanging it up, fuck it”? Much of this album makes you hope he is.