As she stars in this years Christmas feelgood movie, Emilia Clarke talks about the intense scrutiny of Game of Thrones, how she coped with the brain haemorrhage that almost killed her and why we all need to escape reality sometimes 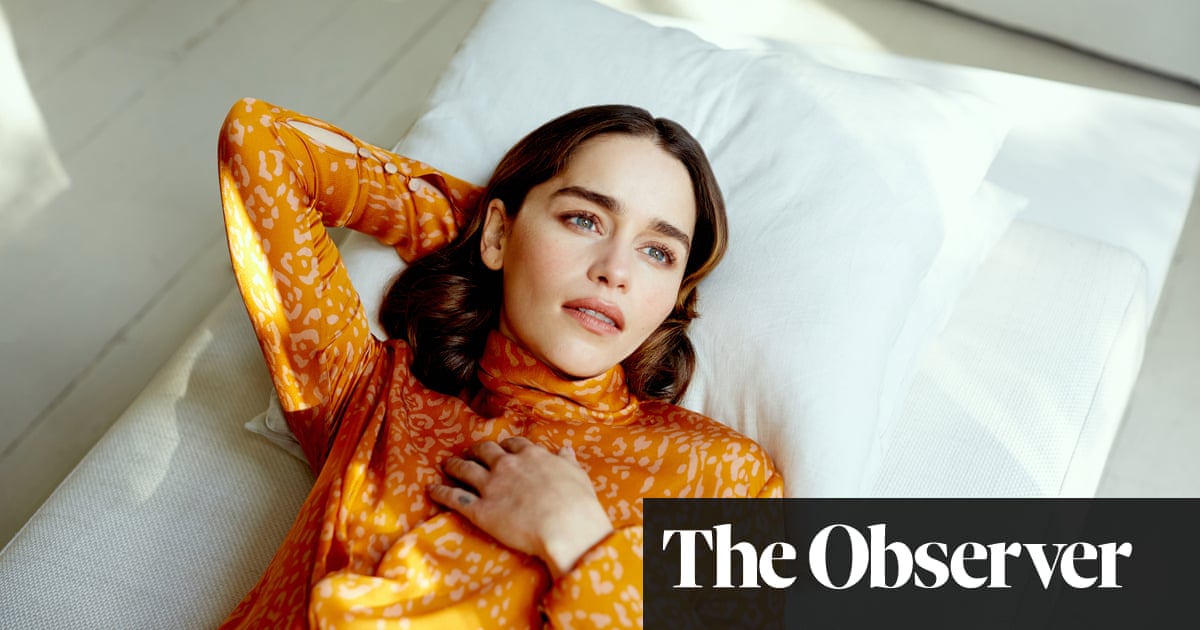 Emilia Clarke had a headache. It was 2011, just before Valentine’s Day and just after she’d wrapped on the first series of Game of Thrones, playing Daenerys Targaryen, Breaker of Chains, Mother of Dragons. She didn’t yet know, as she crawled into the locker room of her local gym in north London and vomited bile into the toilet, that Game of Thrones would run for seven further seasons, break Emmy-award records for most wins for a scripted television series and for a drama, be named one of the greatest TV shows of all time, and quickly come to define her. But there was much she didn’t know.

She didn’t know that at 24 she had suffered a life-threatening stroke, a subarachnoid haemorrhage (SAH) caused by bleeding into the space surrounding the brain. She didn’t know, as she lay on the floor repeating lines from Game of Thrones in order to test her memory, that a third of SAH patients die immediately, or that those who survive require urgent treatment to avoid a second, often fatal bleed. She didn’t know there was another swollen blood vessel in her brain, which had doubled in size by the time she finished filming season three. She didn’t know that one day, eight years later, over biscuits on her pink sofa, she would be smiling with the dark realisation that her stroke was one of the best things that could have happened to her.

Her pink sofa is in her pink house, which is also green and blue and muted shades of rust, and has a secret bar hidden in a courtyard shed, and an outdoor screening room heated by a wood-burning stove. To walk into her living room, where one corner is painted with a symbol relating to her mum, another to her late dad, and a third with a meaningful dragon, is to enter the cosiest corner of Clarke’s mind. By the stairs, horsehair is visible in the plaster; the walls are stripped back to the bone. She shows me round with a raw sort of glee, a sense that her comfort and safety are bound into the details: the friends’ art on the walls, the “single girl’s” bedroom. She moved in after Game of Thrones; in this and many ways, her life can be cleanly dissected into before and after.

Before, Clarke, now 33, who grew up in Oxfordshire, had appeared in a single episode of the daytime soap Doctors. She was ambitious, optimistic and relentlessly cheerful. After, after Game of Thrones, and the death of her father, which shook her family, as did her life-threatening stroke, she is sitting on her pink sofa and contemplating a decade that changed her.