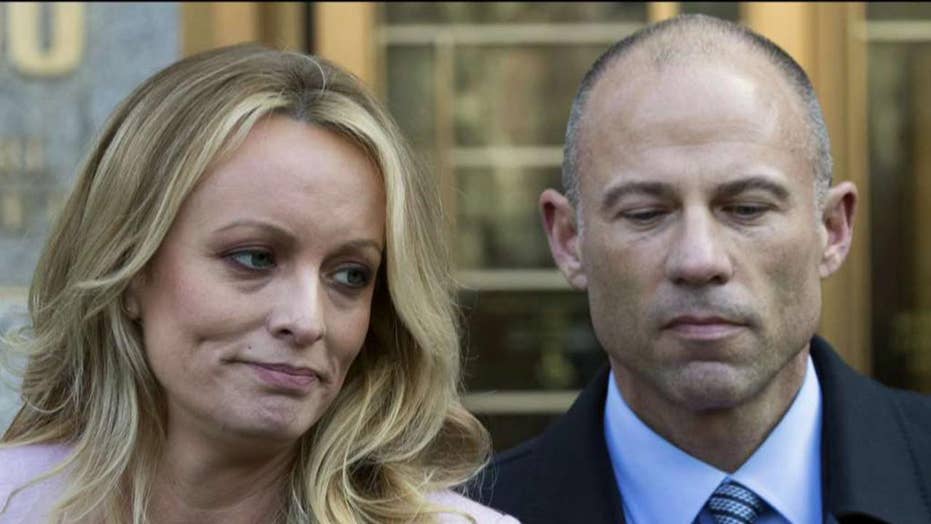 In an email dated April 5, 2018, and reviewed by Fox News, Barela wrote to Avenatti that he would “like to discuss my options for collections” on the settlement funds. Ten days later, Barela again sought Avenatti’s advice on the “status” of the transfer, and “next actions” to take if the funds were not collected.

On May 7, 2018, Barela wrote that if the company “does not pay soon,” he might “need a little help” financially from Avenatti. On May 15, Barela again asked if the company had “respond[ed] or paid.” Barela also noted in one conversation that he was planning to host a watch party at his home for an upcoming Avenatti appearance on “60 Minutes.”

After several advances of funds from Avenatti, on Oct. 10, 2018, Barela wrote, “I was hoping to have an update” on the settlement funds and “get our money.” He tells Avenatti, “I need 8K by Tuesday or I’m in deep sh**,” and on Oct. 22, he emailed a dire assessment.

“Michael, I was waiting for your call and I know you get busy,” Barela wrote on Oct. 22. “I send updates like this so you don’t have to dig up old emails. I know your [sic] under pressure so let’s discuss what you can or can’t do? … Just so you know I am in real financial trouble and am working on trying to get another loan. I am trying to use the [settlement] agreement to secure it. I need to know that we really have the ability to collect and timing to the best of you [sic] opinion.”

The email concluded by asking whether the company had “responded” and “if not what is our next action.”

Avenatti did not disclose that he had received the wire transfer in his conversations with Barela, according to Barela’s attorneys and a review of emails between Avenatti and Barela, stretching throughout most of 2018.

“We did not file these claims lightly,” Larson told Fox News. “We understand that falsification of settlement documents and theft of client funds are very serious allegations. We conducted a two-month investigation into Mr. Barela’s claims and did not file the case until we had obtained documents that supported the allegations.”

AVENATTI REVEALS WHETHER HE WILL RUN FOR PRESIDENT IN 2020

But in a fiery statement to Fox News, Avenatti insisted Barela’s complaint was a complete fabrication. Barela, according to Avenatti, lacks credibility, in part because of legal troubles.

Court records obtained by Fox News show that Barela is on probation related to his work on a construction project without having proper licensing, and was ordered to pay nearly $50,000 in restitution.

Barela, along with several other defendants, was also sued in 2018 by a couple in Orange County, Calif., who alleged breach of contract and other civil violations related to a construction project. That proceeding and a related case are in progress, and no verdict has been rendered.

“We have no idea where this is coming from,” Avenatti told Fox News. He characterized Barela’s prior misconduct as “serious” and said he was unsure why he would invent a “ridiculous false story and deceive his attorneys.”

Avenatti maintained that neither he nor his law firm has ever “had any contact with Talitha Barela,” the co-plaintiff on the JAMS case, and that “we previously represented Mr. Barela in multiple matters and he has received 100 percent of what he is entitled to.” 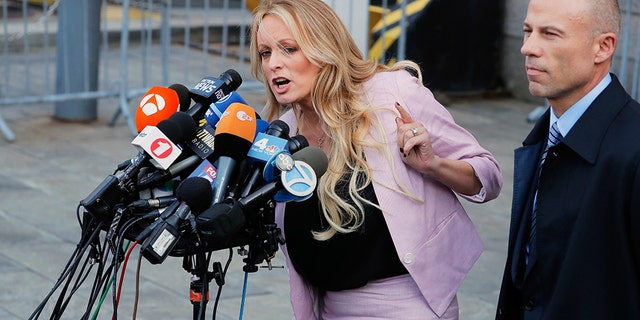 Michael Avenatti represents Stormy Daniels, who has said Avenatti sued President Trump without her permission on her behalf.. (Reuters)

“I am talking to Fox News now because I was contacted for comment after Barela made false and fraudulent claims against me and two other attorneys at the firm, all of whom have called the allegations baseless and bogus,” Avenatti said.

He continued: “Barela has received all information and documents and monies that he has ever been entitled to and any claim that he does not know where the money went or has not been provided documentation reflecting as much is false, bogus and nonsense. We represented Barela on multiple matters and incurred huge out of pocket costs on those matters, some of which we have never even been reimbursed for.”

Avenatti added that Barela “was never provided false information or documents nor was he ever improperly loaned any money — these allegations like all the others are bogus and baseless. … All three of the attorneys involved in this matter have vehemently denied the allegations and have found them to be unfounded. These allegations are completely fabricated, bogus and fraudulent.”

Avenatti declined to provide specific documentation corroborating his claim that he provided the settlement funds to Barela.

In response, Bledsoe countered, “Blaming the victim to deflect attention is not a new trick. Unfortunately for Mr. Avenatti, Mr. Barela has documentary evidence to support his claims.