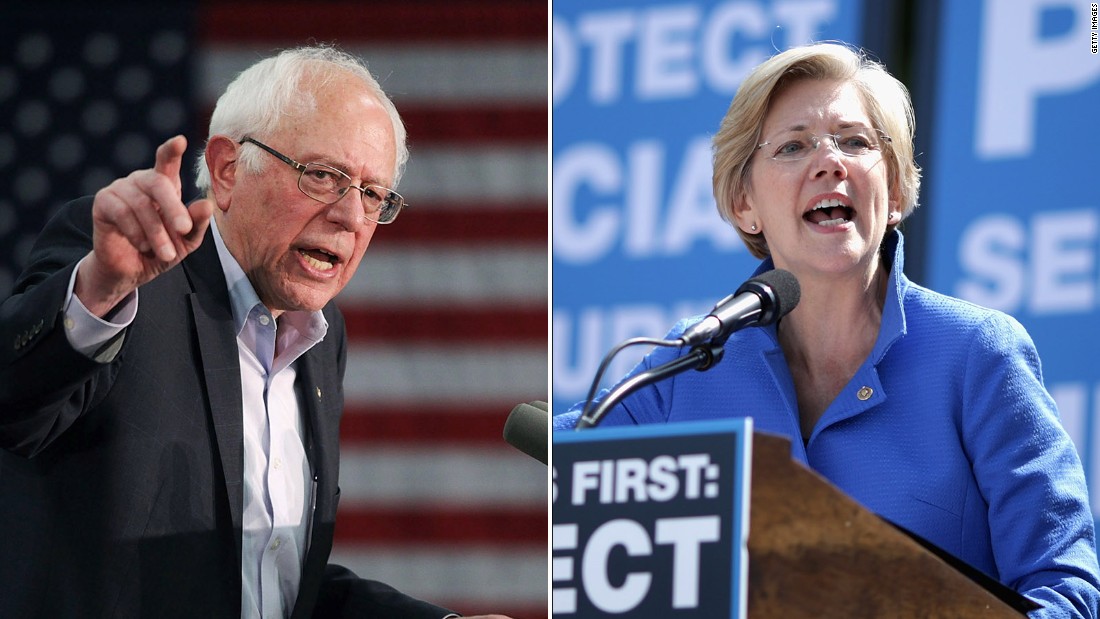 (CNN)In 2016, some Democrats might have been more excited about electing the first woman president if Elizabeth Warren had been running. In 2019, they have a hell of a choice ahead of them.

Warren has been the breakout policy star of the cycle so far, announcing audacious, thoughtful, and transformative proposals almost every week. In her CNN town hall Monday night, she eclipsed the seasoned progressive to whom she is often compared. While Bernie Sanders, whose town hall came directly after Warren’s, made his traditional arguments in classic Bernie style, Warren proved that she will give him a run for his money.
Just hours before her town hall, Warren rolled out a higher-education overhaul that would forgive student debt, open public universities tuition-free, and dedicate $50 billion to historically black colleges and universities (HBCUs). It drove the conversation throughout the day, reminding us there can be a time after Trump when we focus on rebuilding the public trust and prioritizing the American people.
Perhaps unsurprisingly, Warren has been plagued by breathless opinion pieces wondering whether she was likable enough, lamenting her lack of charisma, or clucking over whether her obvious intellectual heft would be off-putting to alienated voters. 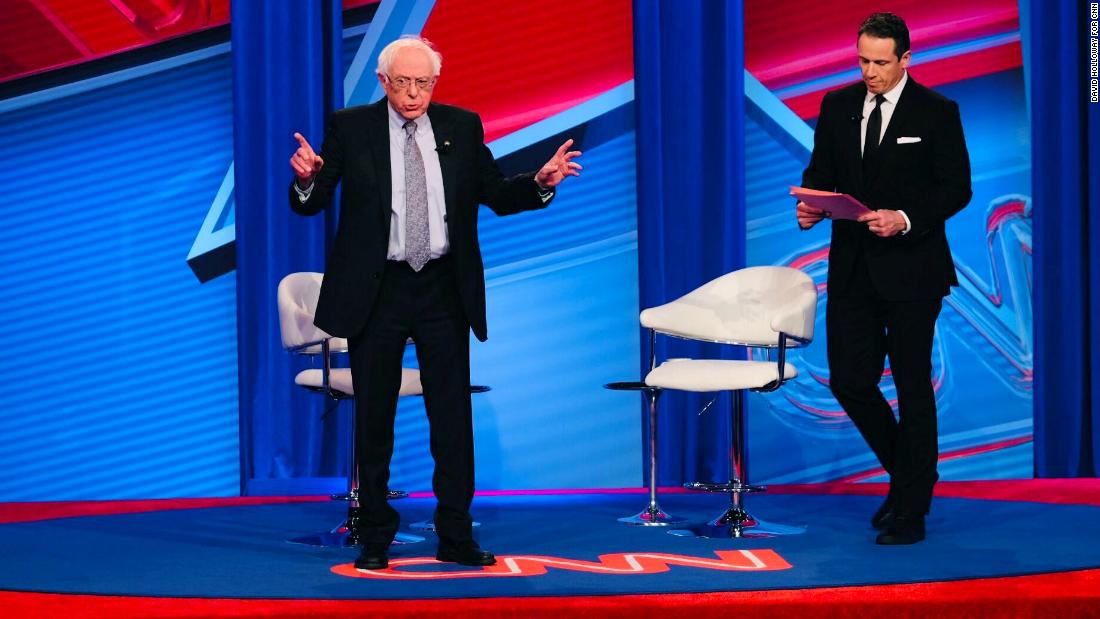 Bernie Sanders lays out his vision for ‘Medicare for All’

But to watch Warren take the stage is to wonder what candidate these concerns apply to, because it most certainly isn’t this one. She was excited, bounding onto the stage, asking to get closer to the students and joking about keeping an eye on the ones in the back. Her energy was brimming over, she bounced on the balls of her feet, moved throughout the space and passionately explained that she would not “get Hillary’d.”
It was three minutes in when she first talked about racial discrimination unprompted, discussing raising Pell grants and funding HBCUs to help address racial economic injustice for students of color. After a plug for science, her answer on legalizing marijuana focused on disparate sentencing for black men and women. She deftly answered a question about protecting police that was asked by a white man aspiring to be a cop by calling out the issue of racial injustice at the heart of our criminal justice system — because no one is safe when we have a broken system.
We got a reprise of the “You didn’t build that” speech that first made Warren famous — the one in which she called out self-made wealth for using publicly funded resources as an argument for the wealthy giving back to society. But this time it was contextualized in the conversation we’re having now in 2019 — one we’re having largely because Warren made us, announcing right out of the gate her plan to impose a millionaires tax that would dramatically reorder the economy. She explained that plan Monday night, simply and with enthusiasm: two cents from every qualifying dollar would net us universal child care and pre-K, tuition-free college, and student debt forgiveness, with a trillion dollars left over to keep fixing stuff. It was wonky, and it was exciting. 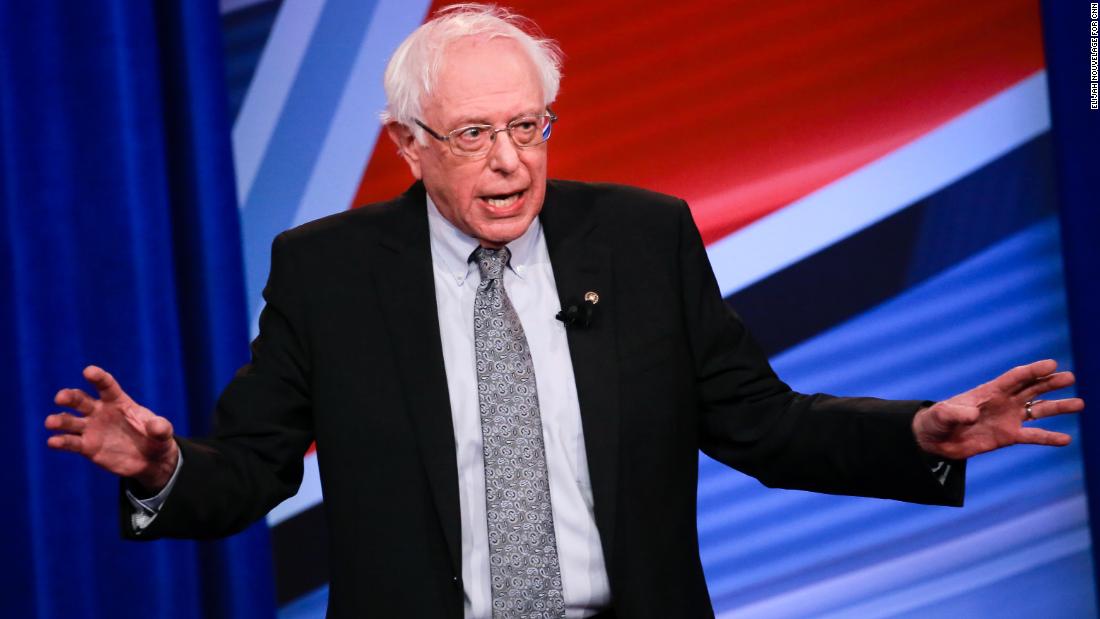 Warren was strong on the Green New Deal and on impeachment, positions which excite the progressive wing of the Democratic party. And she showed her mastery of a progressive tenet that continues to evade Bernie Sanders: racial injustice is a foundational driver of economic inequality.
In contrast, for much of his hour, Sanders stayed firmly in his wheelhouse, where he continues to be one of the strongest progressive communicators. He was back to his disheveled classic self at the CNN town hall, after an alarmingly tidily groomed turn at Fox News. He started on familiar ground by laying out our dismal health care stats, from high premiums to high infant mortality rates, and he clearly articulated the urgent need for Medicare for All.
But when he was asked directly about reparations and ending the wealth gap for black people, he cited South Carolina Sen. Jim Clyburn’s 10-20-30 plan to put federal funds into all high-poverty-risk communities. It was a plan belonging to someone else, that assumes the racial wealth gap for black people is located exclusively in high poverty-rate communities. It was an obvious misstep on what should be his strongest ground: systemic economic injustice.

In some way Sanders is the victim of his own success; the conversation has moved foundationally around income inequality, largely to his credit. We hear about our economy being rigged to benefit billionaires and corporations from every candidate running. Today it sounds less inspiring and more, well, obvious. And if it’s divorced from a discussion of racial or gender discrimination, it feels not nearly urgent or effective enough.
Compared with Warren’s detailed agenda to partly reorder the economy to correct the imbalance against women, workers, and racial minorities, Sanders risks sounding like he’s providing a recitation of idealistic generalities that most of us already understand and share.
His bluntness served him well when he could turn it on something he disagreed with, like the “right-wing, dare I say racist” administration of Israeli Prime Minister Benjamin Netanyahu. And he refused to compromise the principal belief that voting is a right for every American when a student asked him about restoring voting rights to convicted terrorists and sex offenders who are currently serving time.

But on climate change, free college, and taxes, where Warren answered with specific policy, Sanders answered with sweeping morals.
It’s something those voters who supported him in 2016, but wished she’d been in the race, are going to pay attention to. Asked about Warren’s education reform proposal, he said, “Elizabeth and I end up agreeing on a whole lot of issues.” That isn’t going to be lost on voters, either.