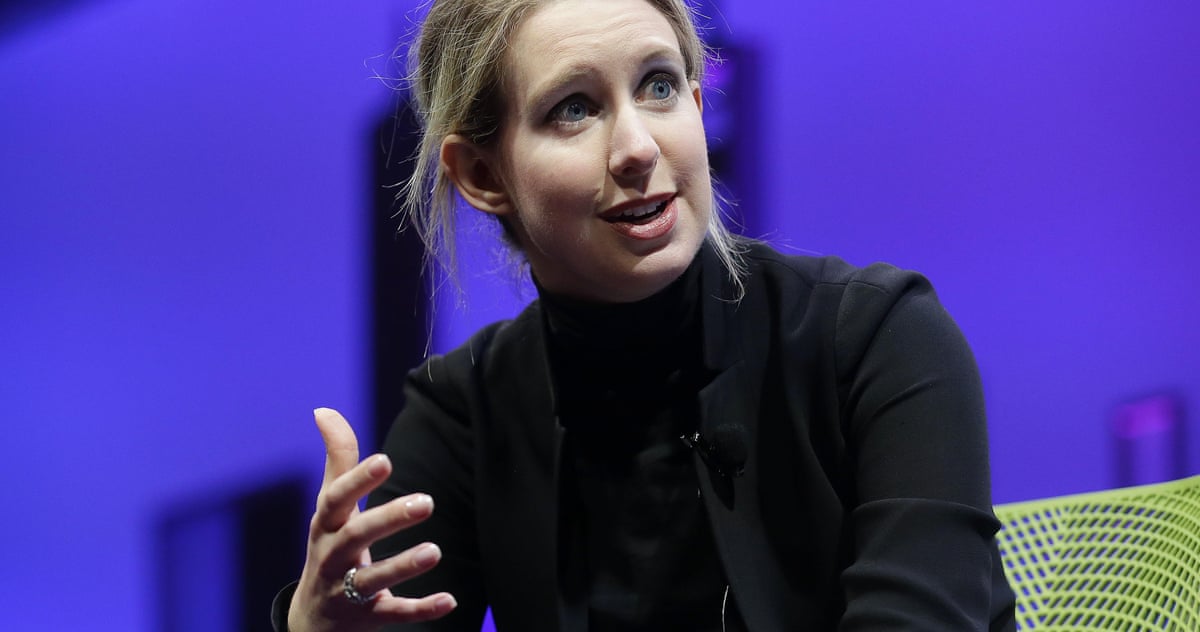 From hero to zero literally. Thats the journey 32-year-old Elizabeth Holmes has taken in only a year, courtesy of Forbes and its annual lists of the USs richest citizens.

Every summer the magazine offers up rankings of the rich for our perusal, sliced and diced for our voyeuristic delectation. Theres the Big List (the richest 400 Americans, in aggregate), and the wealthiest self-made Americans (winnowing out all those who inherited their loot, like Walmarts Walton family). Then there is an array of subsidiary lists, from the richest entertainers to the most affluent women (who get their own list because theres a gender gap among the 0.1% and the 1%, just as there is everywhere else).

In general, the same set of billionaires jostle to hold their positions from one year to the next. Rarely are we treated to the kind of fall from grace that weve witnessed with Holmes, founder of Theranos, a blood-testing startup that took Silicon Valley, and some sections of the financial press, by storm.

Forbes previous estimates pegged Holmess net worth at a cool $4.5bn based on her holdings in her (still privately held) business, a tech unicorn with a valuation headed for the stratosphere. Theranos promised to disrupt (the word alone guarantees a billion) the business of healthcare testing, making it faster and simpler for everyone, including patients, and cheaper for the industry.

Alas and alack. Last fall, when investors valued the company at $9bn, the Wall Street Journal disclosed that, according to insiders, Theranos was using its proprietary pinprick technology the companys key selling point and the reason for that unicorn valuation for only a fraction of the tests it conducted.

By now, of course, Holmes has far more important things to worry about than her status (or lack of same) on the Forbes rich list. Federal prosecutors have kicked off a criminal investigation into whether Theranos misled investors about the technology and its operations. Nonetheless, Forbes has cut its estimate of Holmess net worth to zero. Although the company may still be worth $800m, her stake ranks junior to the equity provided by other backers, so the magazine figures that her companys fall from grace has left her with nothing. A mighty fall, indeed, after topping last years debut list of Americas richest self-made women, beating out the likes of Oprah.

The rest of us, however, might want to take this as a chance to ponder the value of rich lists and the inherent problems involved in compiling them.

Thats particularly true, given that so many billionaires actually want to fly beneath the radar, whether out of a desire to keep the details of their wealth private or out of concern for their familys security. Some just dont want to be taxed on it. The UK Sunday Times just released its latest rich list, including the estimated net worth of 120 British billionaires. The first to hit newsstands since the Panama Papers disclosed the myriad ways some of the worlds wealthiest dodged disclosing just how wealthy they are, those estimates only include the listed assets, not offshore trusts that papers and magazines cant possibly track, in the absence of more such disclosures.

For Brazillionaires, an upcoming book by Bloomberg reporter Alex Cuadros (to be published next month by Spiegel & Grau) about his quest to identify all of Brazils billionaires while reflecting on the growth in the ranks of the ultra-rich in a country with significant inequality, Cuadros met Joo Marinho, one of three brothers who jointly run parts of the Globo media empire. Each of them, he estimates, is worth about as much as Rupert Murdoch ($12.7bn according to Forbes). Cuadros showed Marinho a copy of Bloombergs own global rich list, and asked for his opinion. We dont like to be on it, Marinho told him, adding that the family doesnt want to be known for how much money it has. We want to be known for what we do.

The fact remains that the rest of world doesnt agree with him, or the other secretive types. Sure, we want to know what they do. But we believe that knowing how much they make isnt just voyeurism. Money talks, and if we dont know who owns that money, it gets a lot more difficult to figure out whos setting agendas, or precisely how much firepower they have at their disposal. Theres a difference between knowing that the Koch brothers are billionaires, and being aware that they have approximately $43.9bn each at their disposal, in terms of net worth.

But if its important to try to figure out not just who controls our economy, but how many billions they actually are worth (whether its made up of stakes in public or private companies, real estate, inherited wealth held in trusts, or other assets), doing so can be tricky, as the Theranos mess shows all too clearly.

If a group of intoxicated venture capitalists choose to describe a company as somehow being worth $9bn, because a group of equally intoxicated investors had invested $400m, who is to say they are wrong. Nobody. We just dont know what a private company is worth, and in the absence of any kind of test (such as an IPO), extrapolations like that are at best interesting guidelines. Theyve got no real merit unless and until another round of investors confirm that value, over and over, by continuing to purchase at that price. The wider that group of investors, too, the more robust the valuation.

Almost certainly, there are more unicorn founders on various rich lists whose net worth numbers arent quite what the architects of those lists present them to be. Home-sharing and ride-sharing have turned the founders of both Airbnb and Uber into billionaires by Forbess calculations; they made their debut on the Forbes 400 list last year.

Neither Uber nor Airbnb is publicly traded, and neither has the kind of hard assets that would have made the net worth of the typical robber baron of yesteryear easy to value: railroads, oil wells, mines, real estate. Nonetheless, Forbes now pegs the net worth of Blair Chesky of Airbnb at $3.3bn; Ubers CEO, Travis Kalanick, Forbes says, has seen his net worth soar to $6bn, despite the companys business difficulties and in part because of Saudi Arabias recent $3.5bn investment in the company, which sustained the companys valuation at $62.5bn.

If some billionaires try to duck the scrutiny of the rich lists, its in the interest of others including CEOs of unicorn companies to see their rank and their number sustained or increased year over year.

A tiny handful of individuals get so caught up in this that their very identity or ego seems to be at stake. The most famous example may be the Republican presidential candidate Donald Trump, who has squabbled continually with Forbes over the latters refusal to value him at his own estimation. They dont really know my assets very well, he retorted, miffed.

Saudi Arabias Prince Al-Waleed bin-Talal went even further, suing Forbes in 2013 for wait for it defamation. The magazines crime? It said the Saudi prince was worth a mere $20bn, $9.6bn less than he believed the correct number to be. (The lawsuit was settled on mutually agreeable terms in 2015.) Now that is rich.