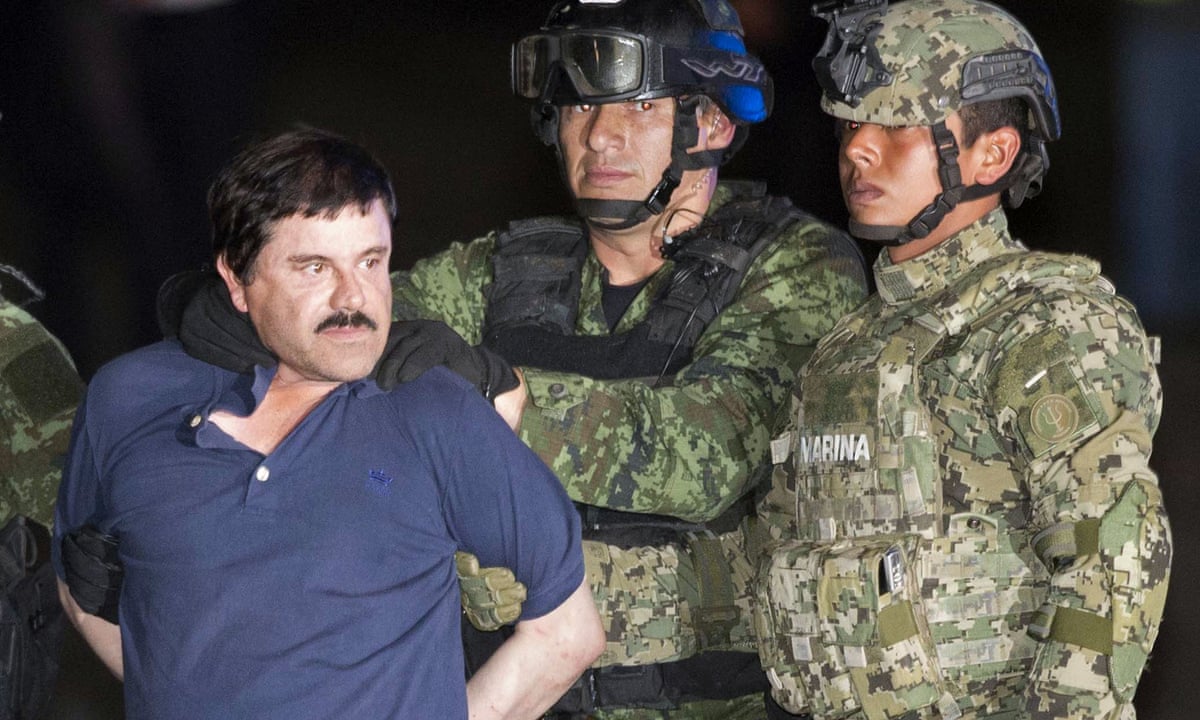 The wife of drug kingpin Joaquín El Chapo Guzmán claims her husband is a loving family man unfairly scapegoated by Mexican authorities, and whose life is at risk because of harsh prison conditions imposed since his recapture in January.

In her first ever interview, Guzmans third wife Emma Coronel, 26, said her husband was being slowly tortured in prison and was suffering from dangerously high blood pressure which made her afraid for his life.

This is the first time the former beauty queen has spoken publicly about her eight years of marriage to the leader of the Sinaloa cartel one of the worlds most powerful criminal organisations responsible for much of the violent drug trade between Mexico and the US.

Coronel was interviewed on Telemundo by Anabel Hernández, the acclaimed Mexican investigative reporter who has received death threats in relation to her work exposing links between cartel bosses such as Guzmán and state officials, in a seafood restaurant in Culiacán, the capital of Sinaloa state.

Guzman, 58, was recaptured in January following six months on the lam after he embarrassed Mexican authorities in July 2015 by escaping from a maximum security prison on a motorbike through a sophisticated tunnel which opened into his shower room.

He has been held in solitary confinement in El Altiplano since 8 January, where he is under constant watch by hooded, armed guards and police dogs, according to Coronel.

They want to make him pay for his escape. They say that they are not punishing him. Of course they are. They are there with him, watching him in his cell all day long, calling attendance. They dont let him sleep. He has no privacy, not even to go to the bathroom.

Guzman is facing seven criminal indictments in several US states, on charges including conspiracy to commit murder, kidnapping, money laundering, and drug distribution. He is accused of leading an organisation that trafficked at least 800,00kg (1.8m lbs) of cocaine between 2003 and 2014 to the US and many other countries.

Coronel said she was unaware of his drug trafficking business, and said her husbands wealth and power had been inflated.

Hes not violent, hes not rude, Ive never seen him say a bad word to anyone, she added.

Coronel was born in San Francisco, California, and is a Mexican-American dual national. She met Guzman in 2006 when she was 17 and he was a fugitive following his first prison escape in 2001. They married a year later on her 18th birthday and their twin daughters were born in Lancaster, just outside Los Angeles in August 2011.

The couples children are among 19 Guzman is believed to have fathered.

Once married, Coronel moved to Culiacán, Guzmans base of operations, finished high school and studied journalism at university, seeing her fugitive husband only sporadically because he was continually on the move. He apparently refers to his young wife as mi reina, my queen.

Coronel said she wanted her four-year-old daughters to grow up like normal little girls, and not suffer for the alleged sins of their father. But the Sinaloa cartel is a family affair.

Her own father, Ines Coronel Barreras, reportedly one of Guzmáns top lieutenants, was arrested along with her brother Ines Omar in 2013. Both were accused of co-ordinating drug shipments from Mexico through Arizona for the Sinaloa cartel. Her younger brother Edgar was among those arrested in August 2015 for allegedly helping Guzman with his tunnel escape. It has long been rumoured that Ignacio Nacho Coronel Villarreal, another high-ranking associate killed by Mexican authorities in 2010, was Coronels uncle, something she denied in the interview.

Guzmans recent capture was abetted by a series of gushing text messages sent to the Mexican soap opera star Kate del Castillo, who he later met along with Hollywood actor-director and wannabe journalist Sean Penn to discuss a possible biopic about his life.

Coronel was unmoved by the text exchange. At no time did I ever feel jealous of Kate, she said.

Referring to his impending extradition to the US, Coronel said: Ill follow him wherever because I am in love with him.

The second part of the interview will be broadcast by Telemundo on Sunday.