For many Brits, the European elites are like their Washington DC counterparts: removed from the people and too close to special interests 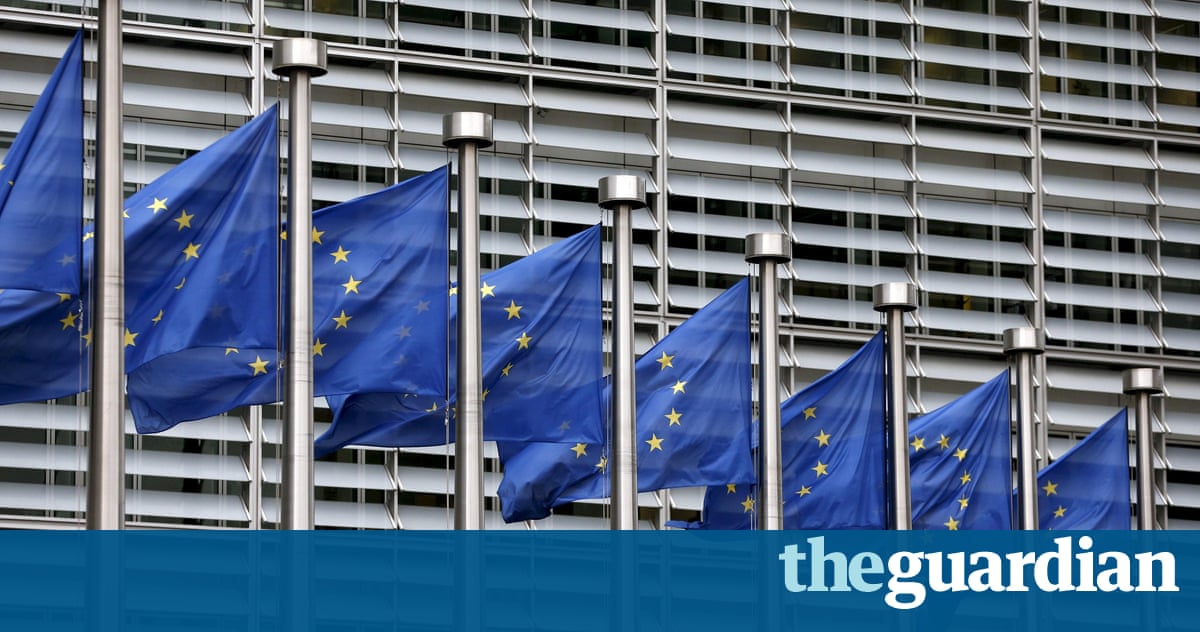 Few western nations hate and mistrust their government more than the US. No English, French or German person would dream of shutting down government by refusing to raise debt ceilings. But shutting down the EU? Thats a far more appealing proposition.

Britains centre of political power, Westminster, isnt loved by any means. But it isnt the ultimate symbol of special interest lobbying and out-of-touch political elites. No. That place Britains equivalent of Washington DC is not London. Its Brussels.

For Americans trying to understand Brexit, this a fundamental point to grasp. And once youve understood that once you equate hatred for Brussels with hatred for Washington DC then you can start to make sense of why a prosperous country might want to cut itself off from its closest partners.

Virulently anti-DC Americans come in two main flavors. Rightwing, like the Tea Party, and leftwing, like Bernie Sanders. Brexiters those who want a British exit from the EU have almost symmetrical political positions to their American Beltway-hating counterparts.

Lets start with the rightwing, which is the most vocal part of the Brexit camp. They blame Brussels for enabling mass immigration both from EU member states and beyond. Theres some truth in that: freedom of movement is a core tenet of the EU. Its thanks to the EU, for example, that internal borders have been removed from most of mainland Europe.

Enough of that, say rightwing Brexiters. They want to leave the EU so that they can take back control of our borders and kick out violent criminals. The Tea Party would sympathize. The core belief of the Tea Party is the wonderfully tautological Illegal aliens are here illegally. They would be aghast that the aliens in the UK are actually there legally thanks to EU.

Its no surprise, then, that the UK Independence party (Ukip), which has been pushing for Brexit since the early 1990s, is the closest thing to the Tea Party in the UK. Its members are socially conservative, self-described libertarians who are in favor of limited government and free markets (though not when those markets are opened by the EU) and are intent on restoring Britishness.

Yet while they say they are in favor of liberal capitalism, they dont like when corporate powers dominate the political process. We are now run by big business, big banks, and big bureaucrats, Mr Farage, the leader of Ukip, said. People like Sarah Palin say similar things about Washington every day.

And this is where the leftwing Brexiters come in. Like Sanders and many American progressives who view DC as fundamentally corrupted by special interests, the leftwing Leave supporters think the EU benefits big corporations over working-class people. Consider that the only city on earth that rivals Washington in terms of number of lobbyists is Brussels, where 30,000 influence-peddlers almost match the 31,000 civil servants employed by the EU commission.

The European Union is remote, racist, imperialist, anti-worker and anti-democratic: it is run by, for and of the super-rich and their corporations, wrote Enrico Tortolano, a trade unionist for Brexit. People like Tortolano dont have a problem with immigrants. They reject the free-market principles that the EU was built on.

But the leftwing Brexiters are marginalized in this debate. Their concerns about the EUs neoliberal agenda are drowned out by those whose main priority is to keep foreigners away. It is the right, not the left, that has set the terms of this debate from the start.

That leaves us with the Remain group, who dont want a UK exit from the EU. Unlike the angry rabble-rousers on the far-right and left, who want radical change, this group wants us all to keep calm and carry on.

They arent just concerned about the economic risks a Brexit would entail. They dont want to be stuck with increasingly inward-looking, regressive national politicians who seek to march the country back in time in their own quest to make Britain great again.

Leaving the EU removes that counterweight to jingoistic forces on the national level and this has many liberal Brits scared. A vote for leave, in their eyes, is a vote for Ukip, and the rightwing fringe of the conservative party.

There is a big lesson and warning sign here for the US. As in Europe, dissatisfaction with the political elite has been growing. This election has been all about who is the biggest enemy of Washington, as Hillary Clinton and Jeb Bush have had to learn in several painful lessons.

If Brexiters succeed in delivering a blow to the heart of the European establishment, whats to say their counterparts in the US wont achieve a similar feat one day? Britains day of reckoning is around the corner. And as Washington insiders look on, they should remember: their time might also come.