The Green party offers the only alternative to a noxious buffoon on the one hand, and a representative of the corporate and military status quo on the other 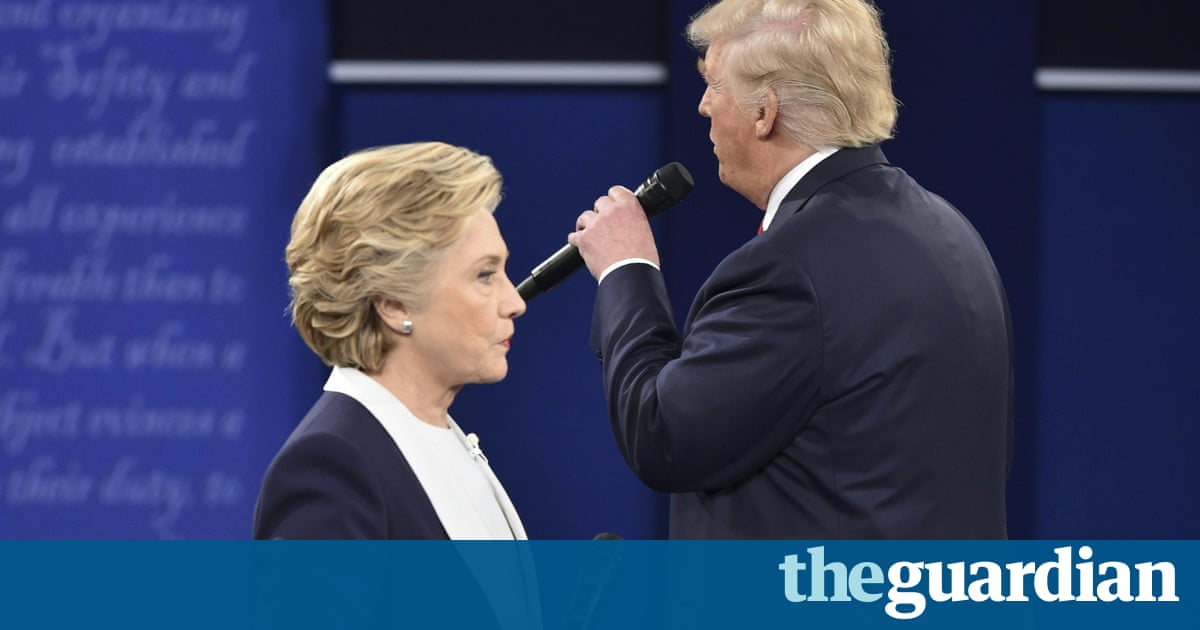 Donald Trumps self-inflicted wounds and propensity for public meltdowns had pushed the public-opinion needle toward Hillary Clinton, according to recent polls. That may have changed a little in the aftermath of the FBIs renewing of its email probe last week. But even so, the fears of many voters that a Donald Trump presidency might become a reality have abated.

Those fears are not unfounded. Trumps failings as a candidate and a person are manifest, and he would be in a position to wreak considerable havoc if elected. Thats especially true at the agency level, with the judiciary and in other arenas where the president can wield executive power. The wildcard aspect of his personality poses risks that cant be predicted, nor can anyone know the degree to which congress would be inclined to obstruct or approve his most damaging initiatives.

What has been lost in the salacious and obsessive media coverage of the Republican nominees outrageous behavior, bigoted remarks and appeal to the worst instincts of the electorate, however, is a critical examination of what a Clinton administration will mean for the nation. The FBI probe, information on tangled interests within the Clinton Foundation, evidence of influence peddling and Wikileaks revelations detailing manipulation of media and the democratic process, signal a plutocratic style of governance that is all too familiar and increasingly dominant at the federal level.

The content of what has been revealed in these leaks, as well as her lengthy track record in government and policy statements as a candidate yield an inescapable conclusion: Hillary Clinton represents the entrenched interests of the status quo. Her election will expand the excesses of global interventionism and corporate welfare that have characterized US policies for several decades at tremendous, almost incalculable cost both domestically and internationally.

During the campaign, Clinton has engaged in the type of saber-rattling one expects of presidential candidates, especially Democrats who seek to counter the partys image as weak on defense. She has agitated against Russian President Putin on Ukraine and Syria, and reiterated her belief in the responsibility to protect, the rationale used to selectively promote the elitist economic agenda that she has so faithfully pursued over the years even as the exercise of that dubious mission has resulted in widespread devastation in the Middle East, South America and elsewhere. A muddled and hypocritical foreign policy has created bitter enemies across the globe and angered US allies, yet Clinton supports the rudderless and demonstrably ineffective efforts of President Obama without a hint of irony.

The ill-advised and tragic wars in Iraq and Afghanistan continue to extract a heavy toll, and though opposition to those wars helped propel Barack Obama into office, the focus on ending them and preventing new ones has been blurred by the governments ongoing crusade, the so-called War on Terror. In reality little more than an extension of other armed conflicts the US has waged around the world, the deadly manifestations of the War on Terror have largely been met with silence or, depressingly, approval from much of what passes for the progressive movement. Sadly, Donald Trumps self destruction has provided a smoke screen for those on the left and the more moderate elements on the right who might ordinarily question Clintons unabashed cheerleading for a continuation of these modified Cold-War strategies.

Beyond the battlefield, Clintons historical enthusiasm for free but not fair trade even while waffling on the TPP gives credence to the belief that she will sacrifice the welfare of workers here and abroad for the unfettered profits of the business elites whom she has always served. In the face of documented inhumane labor practices and other related human rights abuses around the world, the Obama administration and those preceding it have steadfastly refused to demand changes as conditions of honoring trade agreements. As Secretary of State, Clinton had an opportunity to honor and promote the rights of working people around the world but failed to do so. Why would anyone expect her to change now?

The inflammatory rhetoric and actions of both Hillary Clinton and Donald Trump stand in sharp contrast to the platform and orientation of the Green party, which offers the only alternative in this election that will move decisively to draw down US military interventions abroad and reduce the military budget to a sane level while redirecting increasingly scarce resources to rebuild the frayed social safety net and help those most in need here at home.

This election is about far more than our collective distaste for a hyper-inflated ego, and trading the noxious buffoonery and personal insults of Trump for the clear and present danger of Clintons corporatist logic is no trade-off at all.