The books interview: on the 25th anniversary of her first crime novel, the Commissario Brunetti author reveals how she is responding to dark times 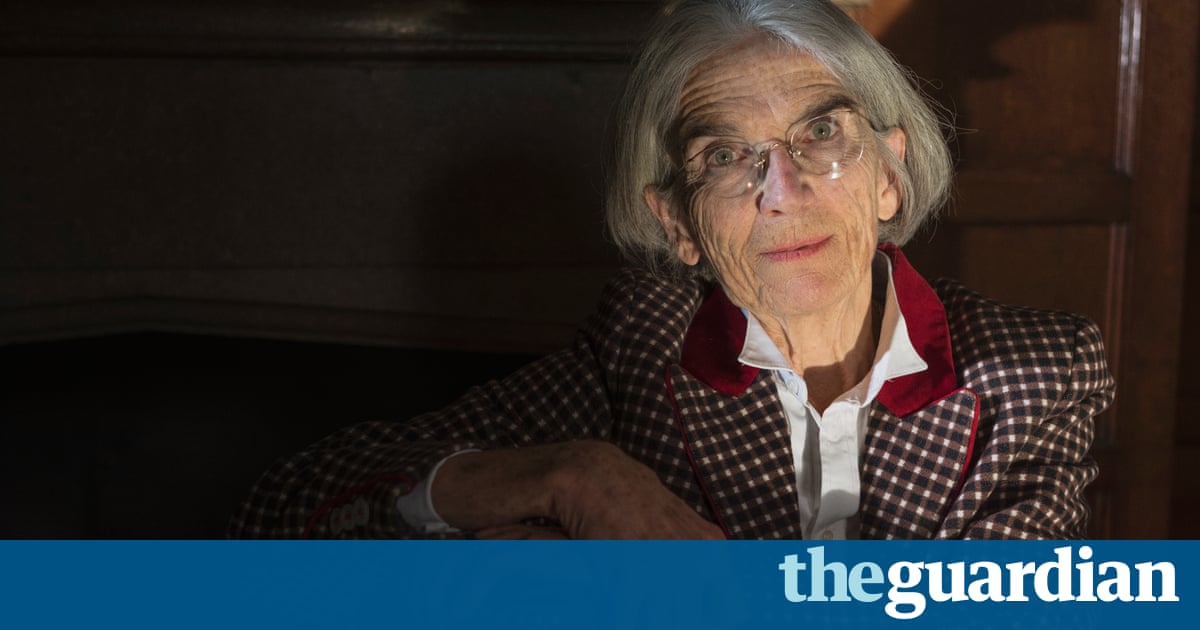 Cultured, shrewd, honest and fit Commissario Guido Brunetti the more-or-less-ideal man who is the hero of Donna Leons hugely successful series of 26 detective novels set in Venice begins her latest book Earthly Remains by faking a heart attack. Pushed beyond his limits in an interview with a high-end lawyer suspected of a crime, and who he believes his favourite junior colleague, Pucetti, is about to punch, Brunetti gasps for breath, collapses on his friend and ends up on the floor.

It is a wild gesture by the policeman who is more often in elegantly attired control. But it is characteristic, too, in that chivalry and protectiveness both for the lawyers young female victim and for his younger colleague are the immediate cause. Brunetti, as this novel opens, cant take any more.

I think hes got darker, hes more bothered by things, says Leon, asked whether she thinks her creation who has admirers ranging from Ursula Le Guin to Theresa May among millions of readers in 35 countries has changed over time. This year marks the 25th anniversary of her first Brunetti novel, and Leon, who will be 75 in September, is full of enthusiasm for life.

Brunetti, she points out, is still the same guy: He reads, he has a sense of humour and irony, hes happily married, he has nice kids and a decent life, I knew when I first wrote about him that I wanted him to be someone I like. But he is not immune to the wickedness and venality that surround him, and we have seen him investigate dozens of murders in plots that, with their historical, watery settings, sometimes feel closer to fairytale than police procedural.

His shortlived breakdown, Leon thinks, is linked to a shift in herself. Its because Ive become darker, she says. I come of happy people and am by nature a happy person, I wake up cheerful and go to bed cheerful but intellectually my vision is very bleak.

It turns out that the predatory lawyer and his young victim, who might have been the centre of another story, are here not the point. The moral corruption of the city is not what is bothering Leon. Instead, it is the corruption of the lagoon. The first suspicious deaths Brunetti stumbles on, once he has been packed off to recover on the nearby island of SantErasmo, are those of bees. Earthly Remains already praised in the New York Times as one of her best marks Leons coming-out as a writer of eco-detective fiction.

I dont care about politics except how it will have an impact on ecology. It seems to me that more and more people in positions of power have decided they wont concern themselves with it; that global warming is inconvenient and so they wont talk about it. People with kids, Im surprised they arent armed. I cannot understand the passivity of people in the face of this I get agitated.

Leon sounds agitated. A spry, slim figure, she talks and jokes animatedly about opera, philanthropy, US and Italian politics, how Venice has changed in the decades since she moved there, her charmed life: Its enjoyable because it was nothing I ever wanted I was never driven or taught ambition as a kid. My parents just said go get a good education, have a decent life and have fun, which was miraculously visionary for people in 1950s America.

But Leon, whose Spanish name is her paternal grandfathers her other grandparents were Irish and German has a social conscience. Her parents, who were Catholics, taught her that to vote Republican was a mortal sin and her new novel is dedicated to the liberal US supreme court justice Ruth Bader Ginsburg.

It turns out they are friends, having met when Leon took the judge and her husband Marty out to dinner in Venice as a favour, after learning that Marty was a fan.

Now she writes Ginsburg letters, because its the only place you can write things and nobody is going to know what you say. Shes all thats between us and them, she adds. I have such respect and love for her and I would have those feelings as an American even if I didnt know her. Shes so brave and so smart.