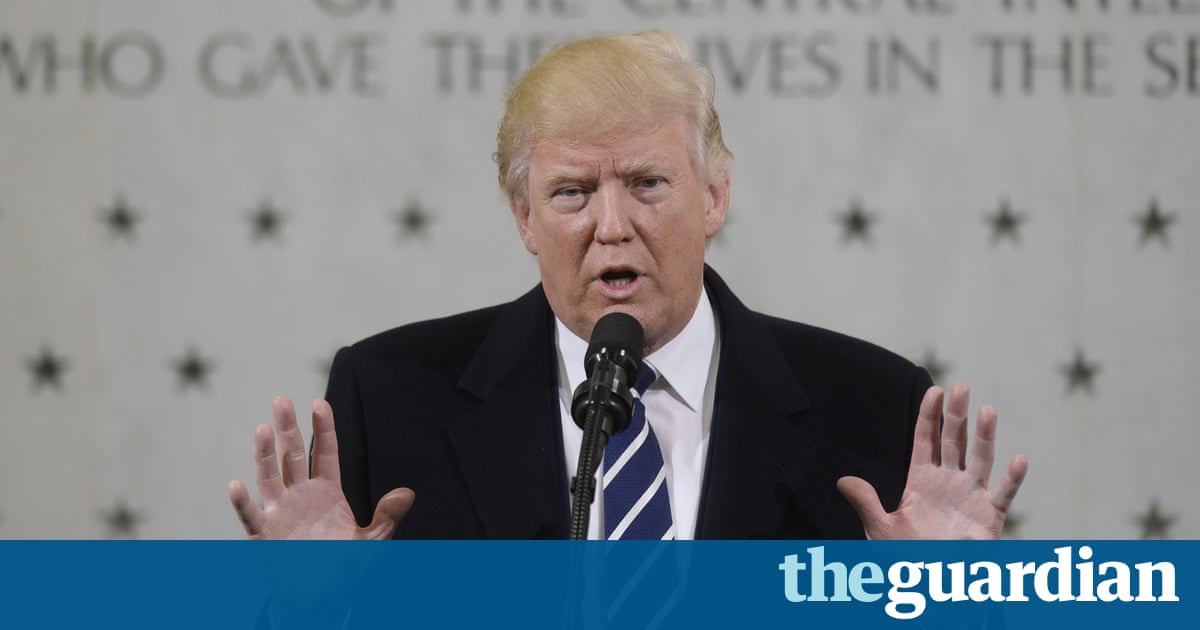 Donald Trump began his first full week as US president firmly on the defensive, after millions of Americans took to the streets to protest against his election and the White House came under fire for brazenly lying to the public.

Rattled by the countrys biggest political demonstrations since the Vietnam war, Trump and his aides spent an extraordinary first weekend in office falsely claiming that record numbers of people had attended his swearing-in on Friday.

This was the largest audience ever to witness an inauguration, period, said Spicer, in one of several statements contradicted by photographs and transit data. These attempts to lessen the enthusiasm of the inauguration are shameful and wrong.

Kellyanne Conway, a senior White House aide, told NBCs Meet the Press on Sunday Spicer had merely been offering alternative facts, a phrase that was received with widespread astonishment.

Their remarks followed an estimated 2.6 million people in cities across the US attending protests in the form of womens marches. Demonstrators targeted Trump, who is accused of sexually harassing and assaulting more than a dozen women and was recorded boasting about groping women by the crotch.

As many as a million people were estimated to have flooded the streets of Washington DC for the days main march. Hundreds of thousands more protested in cities such as New York, Los Angeles, Chicago and Boston and in capitals across the world, including London.

The total was far greater than had been anticipated and easily exceeded the size of Trumps inauguration crowd the day before. The Washington Metro system said 1,001,616 trips were taken on Saturday, compared with about 570,000 on Friday.

But the president on Sunday tried to play down the significance of the demonstrations. Watched protests yesterday but was under the impression that we just had an election, he said on Twitter. Why didnt these people vote?