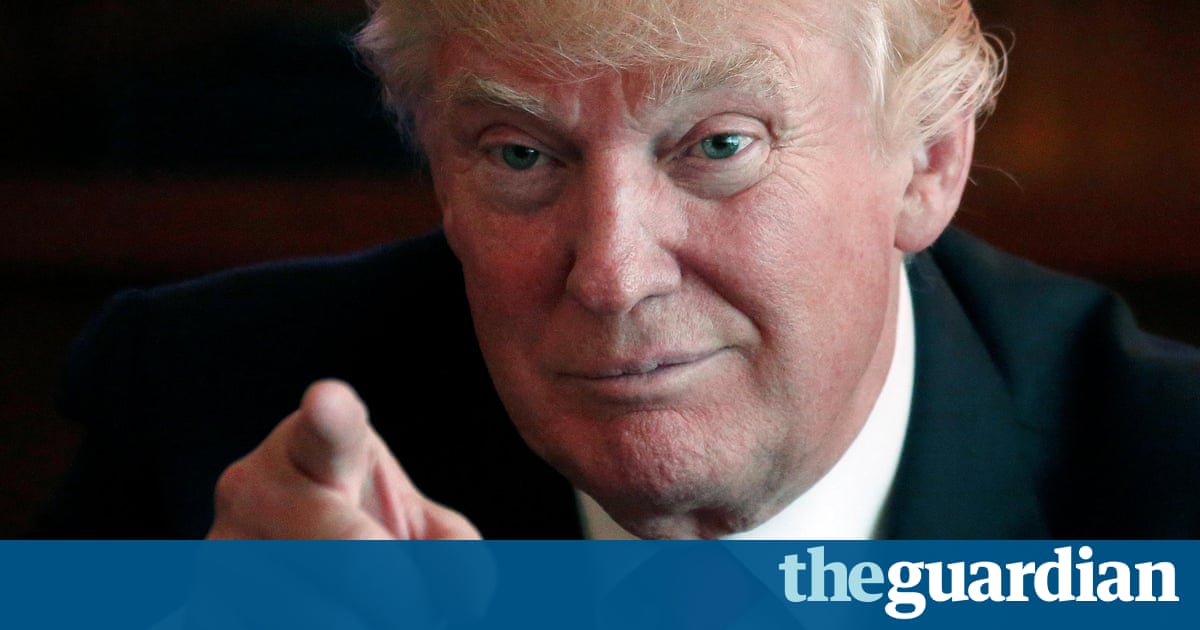 Donald Trumps doctor has said a letter that is the only public documentation of the Republican presidential candidates health was written in five minutes, and explained mistakes and unusual phrasing by saying: I get anxious when I get rushed.

Speaking to NBC News, Dr Harold Bornstein also insisted that he wrote the letter, which contains some notably Trump-esque phrasing, and repeated his glowing if not medically specific endorsement of the candidates fitness for office.

The Trump campaign released the letter in December. Addressed To Whom My Concern [sic], it read: Over the past 39 years, I am pleased to report that Mr Trump has had no significant medical problems. Mr Trump has had a recent complete medical examination that showed only positive results. Actually, his blood pressure, 110/65, and laboratory test results were astonishingly excellent.

Questions about the legitimacy and authority of the letter and its authors medical background have arisen as Trump and campaign surrogates such as former New York mayor Rudolph Giuliani have questioned the physical and mental health of the businessmans 68-year-old opponent in the November election, former secretary of state Hillary Clinton.

By precedent if not legal compulsion as with tax returns, which Trump has not released presidential candidates usually release details of their medical history during an election campaign. Clinton did so last July.

Trump, who is 70, would be the oldest man to enter the White House if elected. Bornsteins letter said the billionaires physical strength and stamina are extraordinary, detailed his loss of 15lbs in the last 12 months, and concluded: If elected, Mr Trump, I can state unequivocally, will be the healthiest individual ever elected to the presidency.

On 3 December, Trump tweeted that he had instructed my long-time doctor to issue, within two weeks, a full medical report, adding: It will show perfection.

Speaking to NBC News, Bornstein said that when the Trump team sent a driver to pick up the letter, which is dated 4 December, he had five minutes to sit right at this desk and write that letter while the driver waited for me In the rush, I think some of those words didnt come out exactly the way they were meant.

I thought about it all day and at the end, I get rushed and I get anxious when I get rushed. So I try to get four or five lines down as fast as possible so that they would be happy.

He added: [Trumps] health is excellent, particularly his mental health. He thinks hes the best, which works out just fine I think he would be fit because, I think, his brain is turned on 24 hours a day.

I dont even know what to make of this letter, Gupta said. Whether you are a doctor or not, that degree of hyperbole and these words being used is very unusual. People dont write like that Strength and stamina are extraordinary what does that mean, exactly?

Asked in the NBC News report if the Trump letter was written in a style consistent with all his official letters, Bornstein said: No, but for Mr Trump, I wrote that letter that way.

Asked if he had been asked by Trump to write in Trumpian prose, he said: I think I probably picked up his kind of language and then just interpreted it to my own.

Bornstein has been Trumps personal doctor for 35 years. In his letter, he said his father, Dr Jacob Bornstein, had filled the role previously.

In a statement to NBC News, Trump spokesman Jason Miller said: Dr Bornstein has been Mr Trumps doctor for decades and is already familiar with his excellent health records.

Clinton chose to make light of the issue, and attacks from the Trump campaign, this week. Appearing on Jimmy Kimmel Live, she said: Back in October, the National Enquirer said Id be dead in six months, so with every breath I take, I feel like its a new lease on life.