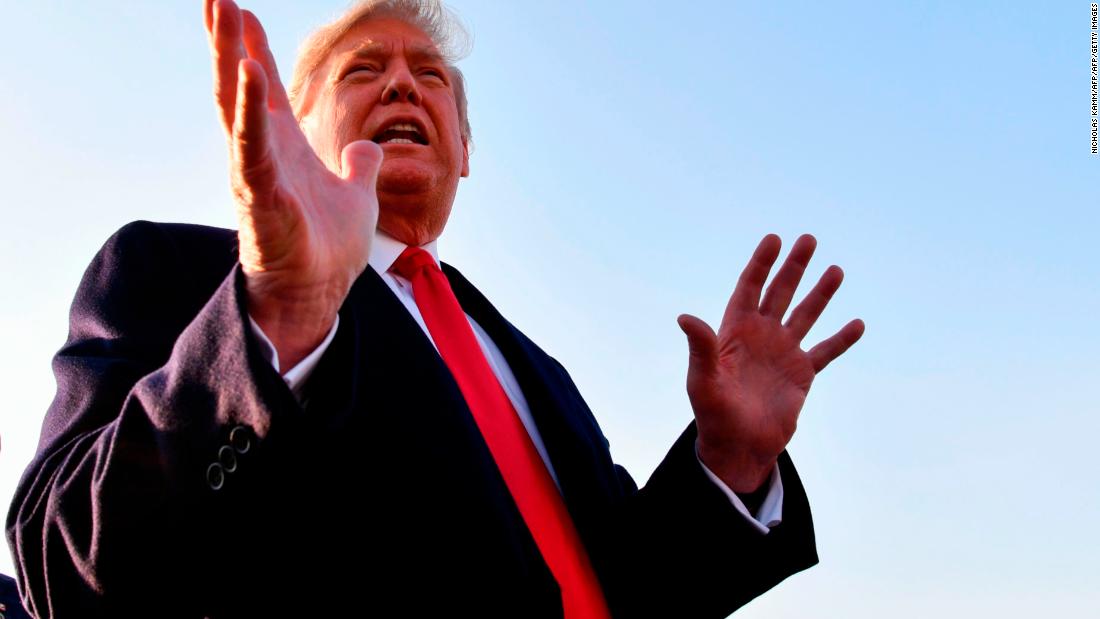 (CNN)With the 2018 midterm election now just a week away, President Donald Trump has settled on a campaign message that he used, to devastating effect, during the 2016 campaign: Be afraid.

“Many Gang Members and some very bad people are mixed into the Caravan heading to our Southern Border,” tweeted Trump on Monday. “Please go back, you will not be admitted into the United States unless you go through the legal process. This is an invasion of our Country and our Military is waiting for you!”
On Tuesday morning, the news broke that Trump believed he could, by executive order, end birthright citizenship — if you are born in the US you are automatically an American citizen — and planned to do so. That came hard on the heels of Trump saying that he would deploy 5,000 troops to the southern border to guard against what he has deemed an “invasion” — and promising to set up a tent city to house all of the people seeking asylum so that they can’t slip into the country while awaiting a hearing.
The reality behind some of Trump’s proposals is very different than what the President is portraying. For example, any attempt to end birthright citizenship would run directly into a legal challenge based on a little something called the 14th Amendment of the Constitution, which reads: “All persons born or naturalized in the United States, and subject to the jurisdiction thereof, are citizens of the United States and of the State wherein they reside.” Speaker Paul Ryan agreed in an interview with a Wisconsin radio station Tuesday: “You cannot end birthright citizenship with an executive order,” he said. As for the troops Trump is deploying to the border, they can only use their weapons in self-defense — and many of them are unlikely to come into contact with any migrants trying to enter the country illegally.
Trump knows all of that — or at least enough of it to understand that the claims he is making are simply not borne out by the facts. That, of course, is of no consequence to Trump, who has shown a penchant for pushing prevarications to benefit his political prerogative since he became a candidate for president in 2016.
Speaking of that race, the similarities between Trump’s messaging in his 2016 campaign and how he is ending this midterm election are striking.
Trump began his 2016 race by insisting that Mexico was purposely sending “rapists” and “criminals” to the United States. He built a movement around his insistence that America had no choice but to build a wall across the southern border. He advocated for a “deportation force” that would round up the 11 million people who are in the country illegally. He advocated for a travel ban designed to keep potential terrorists out of the United States.
“Our convention occurs at a moment of crisis for our nation,” Trump said when accepting the Republican nomination for president at the party’s national convention in 2016. “The attacks on our police, and the terrorism in our cities, threaten our very way of life. Any politician who does not grasp this danger is not fit to lead our country.” 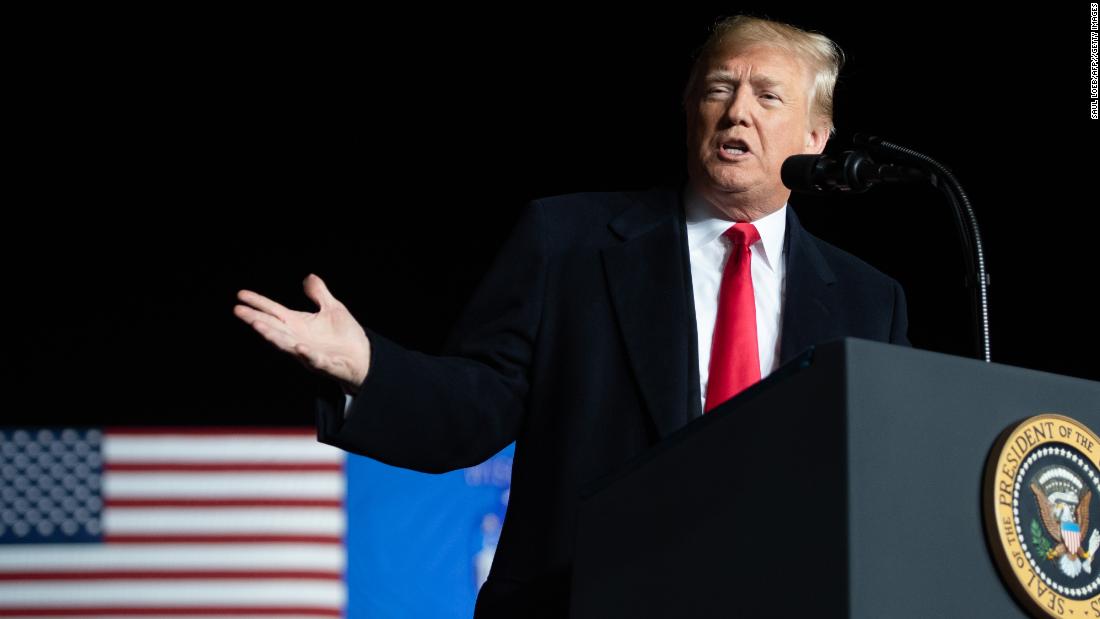 Trump’s emphasis on fear of the other — and his portrayal of those “others” as responsible for the hellscape he painted some parts of the country as — didn’t stop once Trump became President. In his inaugural address, Trump uttered these now famous/infamous lines:
“Mothers and children trapped in poverty in our inner cities; rusted-out factories scattered like tombstones across the landscape of our nation; an education system, flush with cash, but which leaves our young and beautiful students deprived of knowledge; and the crime and gangs and drugs that have stolen too many lives and robbed our country of so much unrealized potential.

“This American carnage stops right here and stops right now.”
Those lines sound eerily similar to Trump’s message in the final days of this campaign. “It’s going to be an election of the caravan,” Trump said at a rally earlier this month in Montana. “You know what I’m talking about.” Just in case you didn’t know exactly what Trump was talking about, he went on to spell it out:
“As you know, I’m willing to send the military to defend our southern border if necessary, all ’cause — because of the illegal immigration onslaught brought by the Democrats because they refuse to acknowledge or to change the laws,” he said. “They like it. They also figure everybody coming in is going to vote Democrat, you know. Hey, they’re not so stupid when you think about it, right?”
Trump has also suggested — via Twitter — that “criminals and unknown Middle Easterners are mixed” in with those migrants seeking asylum. Asked by reporters for what evidence he had for that claim, Trump responded: “There’s no proof of anything but they could very well be.” So, um, yeah.

The goal here is simple: Portray the migrants moving toward the US as a dangerous and criminal horde who is intent on taking what’s yours just because they can. (Reminder: At their fastest pace, they are still 40-plus days from reaching our borders. The reality of who is the migrant group is very different than Trump’s conception, as reported brilliantly here by The Washington Post’s Kevin Sieff.)
Fear, as Trump knows better than any other current politician, is a massive motivator for his base. Fear of the other, fear of the unknown, fear of the erosion of a culture where they prospered and feel comfortable. Fear is the antidote, Trump hopes, to the energy and enthusiasm in the Democratic base to turn out in a week’s time to send a message to the President and his party about their first two years of total control of Washington.
It worked in 2016. And Trump clearly sees that same sort of weaponizing of fear as his best chance to avoid major losses at the ballot box in seven days’ time.