New survey shows first time the national displeasure rating has exceeded 50%, and a majority of support for Muellers Russia investigation 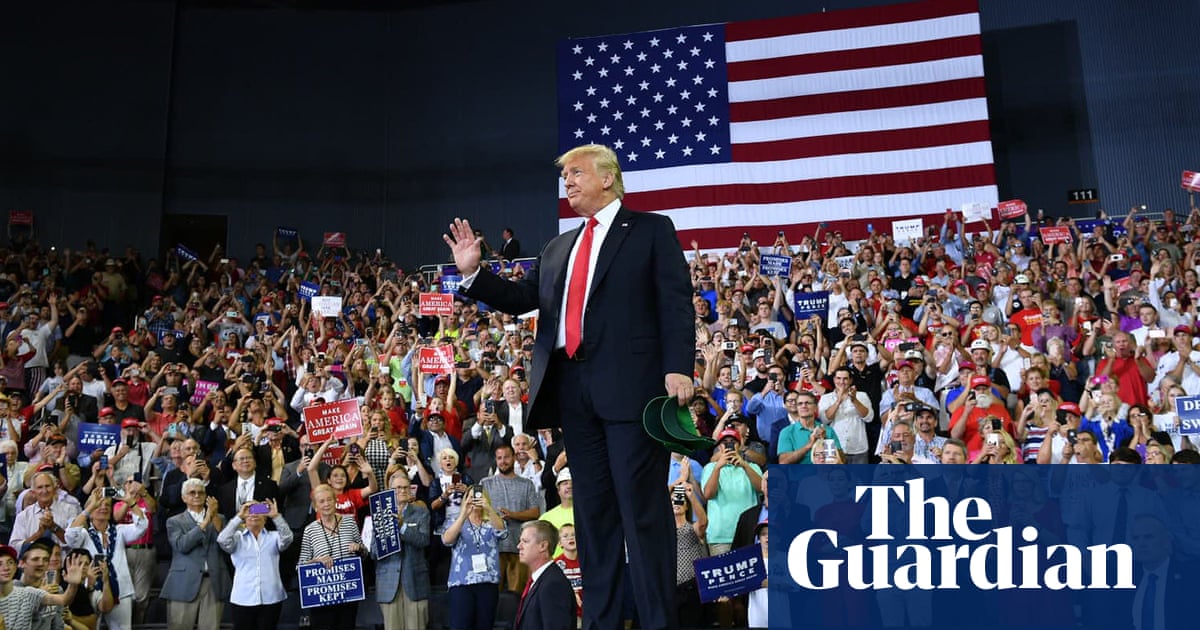 Donald Trump has slumped to the lowest approval rating of his presidency, with 60% disapproving of his performance as the US president, according to a new national survey.

The figure includes 53% who say they disapprove strongly of his performance in the White House, the first time the national displeasure rating has exceeded 50%, according to a new ABC/Washington Post poll published on Friday morning.

The poll also found that a majority support the special counsel Robert Mueller’s Russia investigation and think Trump should not fire the attorney general, Jeff Sessions.

Just 36% of those asked said they approved of the job Trump is doing, matching his low in surveys carried out since he was inaugurated in January of 2017.

The startling new measures will make even stronger the contrast on Friday between the low public opinion of Trump and his glaring absence from services scheduled to commemorate the late Senator John McCain, whose casket was transported from Arizona, the state he represented and where he died last Saturday, to Washington DC on Thursday evening.

McCain on Friday becomes only the 31st American to be accorded the honor of lying in state in the US Capitol in Washington, where the vice-president, Mike Pence, will represent the administration in a morning service to which Trump has expressly not been invited.

The president has also not been invited to the memorial service for McCain in the National Cathedral in Washington on Saturday, where former presidents Barack Obama, a Democrat, and George W Bush, a Republican, were asked by McCain in recent months to give eulogies.

The results of the new opinion poll come 10 days after Trump’s former campaign manager, Paul Manafort, was found guilty of fraud by a jury in a federal trial in Alexandria, Virginia. And on the day Manafort was convicted, Trump’s former longtime lawyer, Michael Cohen, pleaded guilty in a federal court in New York to, among other charges, campaign finance violations for paying hush money to women who allege affairs with Trump in the past – violations that Cohen blamed on Trump in open court.

Americans are more or less split on the wisdom of Congress impeaching Trump. The poll found that 49% said impeachment proceedings that could lead to Trump being removed from office should happen, while 46% say Congress should not go through with such a move.

A total of 64% of those polled said Trump should not fire Sessions, whom Trump has repeatedly lambasted since the attorney general recused himself, shortly after taking up his post in 2017, from the investigation into Russian interference in the 2016 election, allegations of collusion between the Trump campaign and Moscow and obstruction of justice.

And a strong 63% approve of the Russia investigation being carried out, with 52% saying they strongly approve.

In the week since John McCain died, the rift between the two men has been deepened, with criticism of Trump for his lack of tributes to McCain, followed by a belated, lukewarm acknowledgment of McCain’s service to the country as a war hero and longtime senator. A final statement from McCain, who was known for reaching across the political divides, read out after his death, was critical of “tribal” politics and insular ultra-nationalism in a pointed dig at Trump’s style.

Sarah Palin, McCain’s disastrous choice to be his Republican running mate in the 2008 election, has also pointedly not been invited to the funeral service on Saturday.

In another tumultuous week for Trump, he announced that his White House counsel, Don McGahn, who has been cooperating with Mueller, will resign. The president also renewed his assault on the mainstream media and stepped up attacks on internet giant Google, alleging anti-conservative bias from both.

He also informed Congress on Thursday that he is canceling pay raises due in January for most civilian federal employees, citing budget constraints even as he repeatedly touts the strength of the US economy.