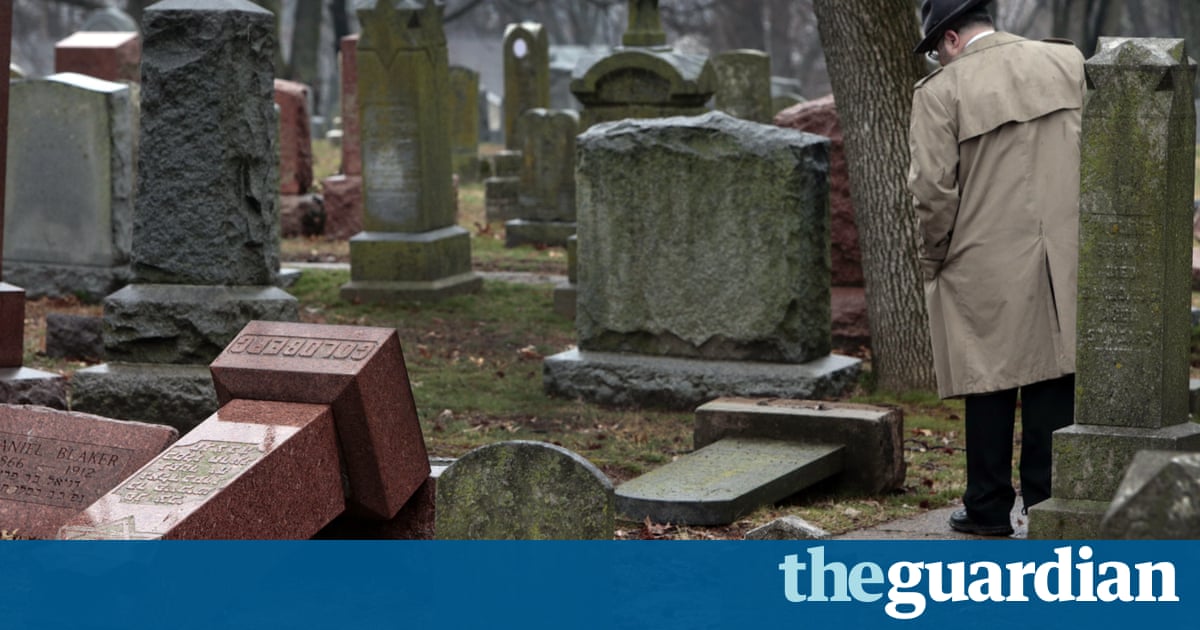 The antisemitic threats targeting our Jewish community and community centers are horrible, and are painful, and a very sad reminder of the work that still must be done to root out hate and prejudice and evil, Donald Trump told reporters at the National Museum of African American History and Culture in Washington on Tuesday.

By any reasonable standard it was a rote remark antisemitism is horrible the sort of throwaway line that, uttered by another president, or more likely, some reasonably articulate eigth-grader mid-speech and debate tournament, might seem unremarkable. But coming from Trump it drew praise as a strong rebuke.

This is how low we set the bar for Trump.

His maddening insistence on Tuesday that really, he denounces antisemitism whenever I get a chance, simply isnt reflected in his actual record.

Remember when, during an appearance with the Israeli prime minister last week, Trump was asked if his rhetoric contributed to a rise in antisemitism? He responded, inexplicably, with a self-congratulatory riff on his electoral college victory. A day later, when a Jewish reporter asked about that very issue, he sniffed that it was very insulting. He then told that reporter to sit down. The reporter did but the rest of us shouldnt.

Steven Goldstein of the Anne Frank Center for Mutual Respect said he could not stomach Trumps stoking of racial, religious and ethnic resentments throughout the campaign. Nor can he forgive his administrations wiping away all mention of the Jewish people on Holocaust Remembrance Day.