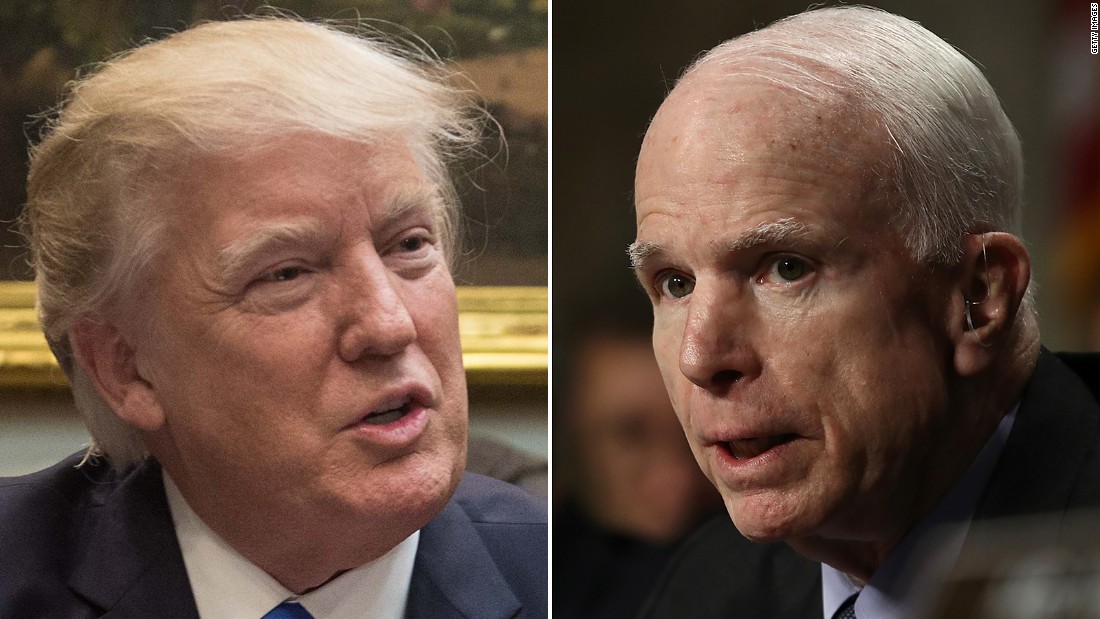 Washington (CNN)When he wanted to dispute a Democratic Senator over his Supreme Court nominee, President Donald Trump went after the senator’s misstatements about serving in Vietnam. And as he defends the first military mission he approved, Trump, who did not himself serve in the military or Vietnam, is again tangling with fellow Republican John McCain, a decorated Vietnam veteran and former POW.

The decision to take on veterans could put Trump on shaky ground: The President never served in the military and received student and health deferments that kept him out of serving in the war.
In a string of tweets on Thursday morning, Trump took on McCain for suggesting his first military action — a raid in Yemen that netted intelligence against ISIS, but cost the lives Navy SEAL Chief Petty Officer William “Ryan” Owens and a number of Yemeni civilians — was not a success. Trump also lashed out against Democratic Sen. Richard Blumenthal of Connecticut, who told reporters on Wednesday that Neil Gorsuch, Trump’s Supreme Court pick, told him that he felt Trump’s comments about the judiciary branch were “demoralizing” and “disheartening.”
Trump’s tweets appear to be an attempt to quiet dissent, even from those within his party.
McCain, who was shot down over Hanoi in 1967 and was held as a prisoner of war until 1973, questioned Trump’s raid earlier this week, suggesting that the White House should not have called in a “success” because Chief Petty Officer William “Ryan” Owens was killed. 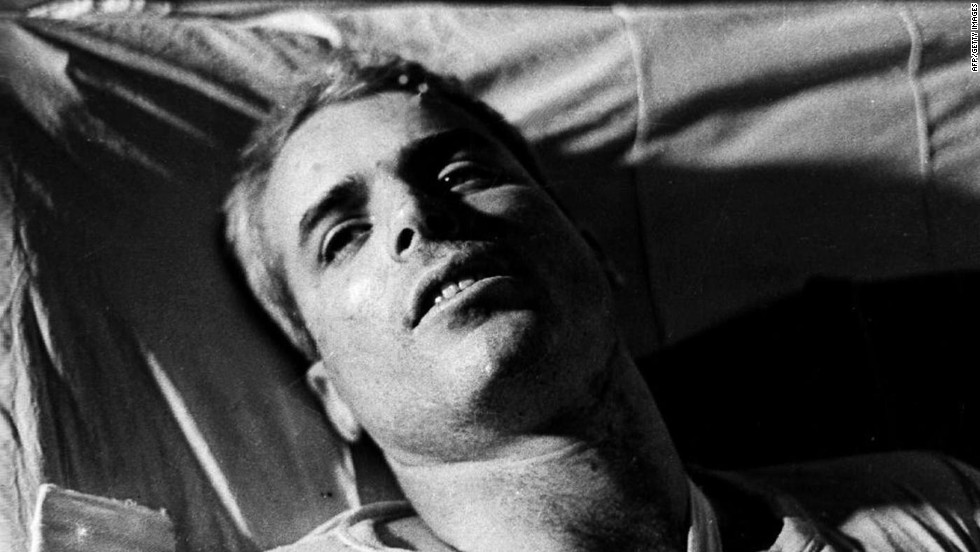 “While many of the objectives of the recent raid in Yemen were met, I would not describe any operation that results in the loss of American life as a success,” McCain said in a statement.
That drew the ire of Sean Spicer, Trump’s press secretary, who said Wednesday that “anyone who would suggest it’s not a success does a disservice to the life of Chief Ryan Owens.” Spicer went on to say those questioning the raid should apologize.
Trump, who once dismissed McCain’s time as a POW, saying “I like people who weren’t captured“, hit McCain on Twitter over the Yemen raid.
McCain’s daughter — Meghan — slammed Trump for his comments about her father, noting that the President “has never served.”
“Trump has never served. My father can’t bend one of his knees or lift one of his arms above his head. I am done with this today. DONE. Disagree with politics ANY single day but how dare anyone question the honor of my father and his service,” she tweeted.
There is another problem for Trump suggesting that questioning the success of a military raid is out of bounds: He routinely questioned the wisdom of the wars in Iraq and Afghanistan during the 2016 campaign, despite once saying he was in favor of going into Iraq.
“I came out strongly against the war with Iraq, because it was going to destabilize the Middle East,” Trump said during a debate in August 2015. “And I’m the only one on this stage that knew that and had the vision to say it. And that’s exactly what happened.”
Trump, however, said in 2002 on a radio show that he was in favor of invading Iraq.
Trump’s comments about McCain came after Blumenthal told reporters that Gorsuch said during a meeting that Trump’s tweets about the judiciary were “demoralizing” and “disheartening.” 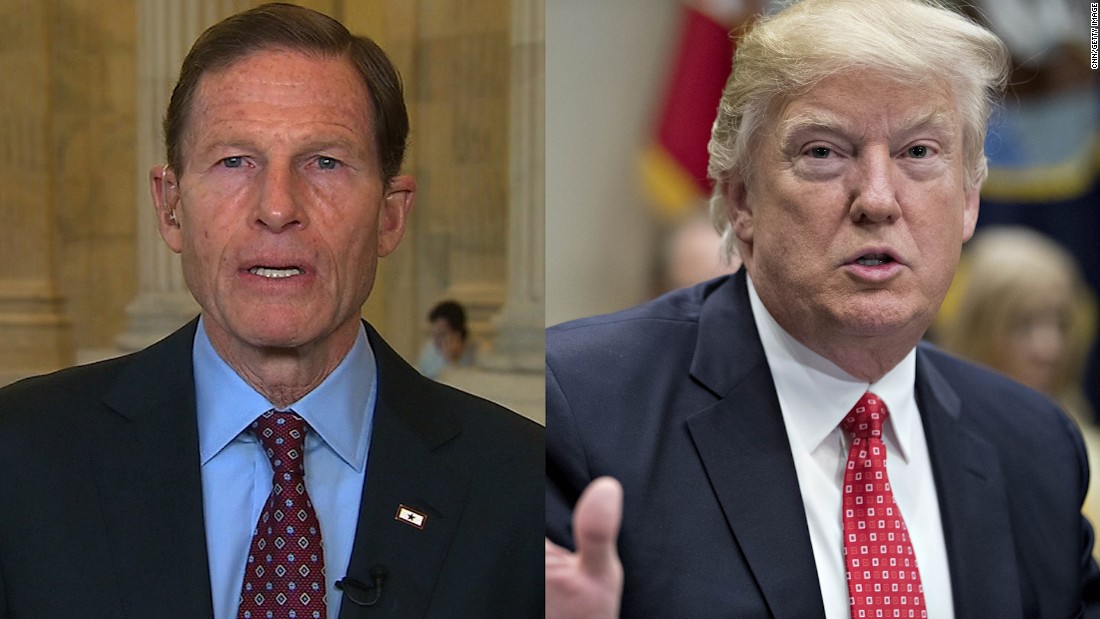 Ron Bonjean, who is leading communications for Gorsuch during the confirmation process, later confirmed the comments happened.
All of this clearly irked Trump, who on Thursday morning laid into Blumenthal not over Gorsuch, but rather over an old controversy surrounding Blumenthal’s accounts of his own military service.
Blumenthal admitted in a 2010 New York Time story to misrepresenting his military service after saying that it had been “in” Vietnam. Blumenthal served Marine Reserves in Washington, not actually in Vietnam.
“I have misspoken about my service, and I regret that, and I take full responsibility,” Blumenthal said in 2010.
Despite his own deferments, Trump remained unrepentant, refusing to apologize for his jibe against McCain in 2015.
Spicer, then a top strategist at the Republican National Committee, knocked Trump for suggesting McCain was not a hero.
As a teenager, Trump attended the private New York Military Academy, but he moved on to a business career afterward. The New York Times reported last Trump sought and received five military draft deferments during the Vietnam War, including one medical deferment after was diagnosed with bone spurs in his foot.
While Trump said in interviews at the time that he “regretted not serving in many ways,” he has also made light of service.
“It is a dangerous world out there it’s scary, like Vietnam,” Trump said about contracting sexually transmitted diseases during a 1997 interview with Howard Stern. “Sort of like the Vietnam era. It is my personal Vietnam. I feel like a great and very brave soldier.”
Correction: A previous caption misidentified Sen. John McCain’s rank during the time he was a POW.