In a tweet, the US presidential candidate calls the newspaper really disgusting, but did not elaborate 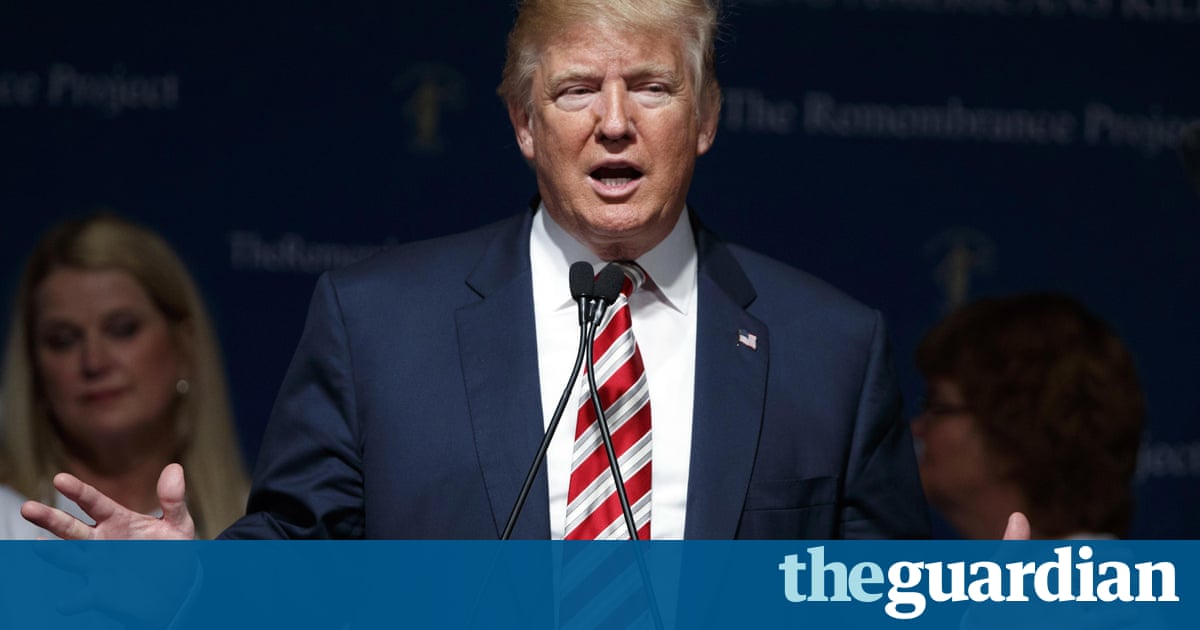 Donald Trump has threatened to sue the New York Times.

In a tweet on Saturday night, the Republican nominee for president wrote: My lawyers want to sue the failing @nytimes so badly for irresponsible intent. I said no (for now), but they are watching. Really disgusting.

The tweet marks Trumps latest attack on the press although litigation is unlikely to succeed. Under the precedent set by the Supreme Court in the landmark case of New York Times v. Sullivan in 1964, any public figure suing for libel must prove a defamatory statement was made with actual malice, with knowledge that it was false or with reckless disregard of whether it was false or not.

Irresponsible intent does not exist under any standard or doctrine found in US law.

It is unclear what prompted Trumps statement. However, the Times published a detailed investigation earlier on Saturday describing how the real estate developer had relied on nearly $900 million in taxpayer subsidies over the past four decades to build his fortune.

The Republican nominees wife Melania is currently suing the Daily Mail over allegations that she was an escort in the 1990s and Trump long maintained a blacklist that banned outlets such as the Washington Post and Politico from being credentialed to report on his campaign.

Trump also pledged to open up our libel laws in a campaign rally in February. His goal then was that so when [newspapers] write purposely negative stories we can sue them and make lots of money.

Trump had previously attacked the Times earlier in the day on Twitter as a laughingstock rag and called Maureen Dowd, a columnist for the Times, wacky and a neurotic dope. He has long bashed the publications reporters although he has never placed the newspaper on his campaigns now defunct blacklist.

Trump has previously lambasted one top reporter there, Maggie Haberman, because she didnt write good and called on the Times to fire another top reporter, Jonathan Martin, on Friday.