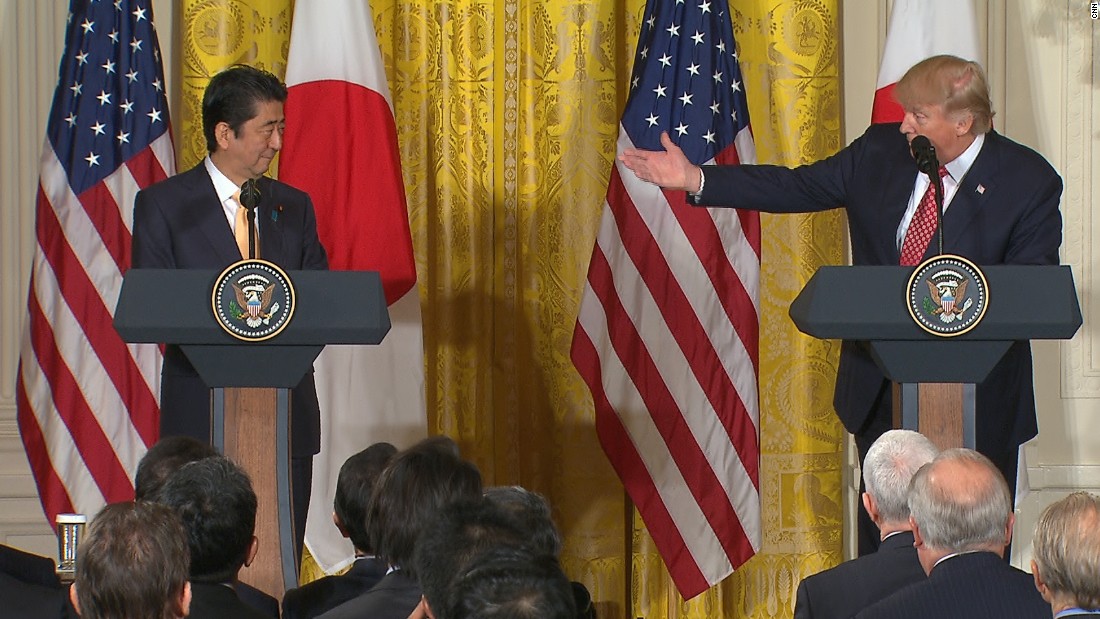 (CNN)Diplomacy is an art. It can also be awkward.

In a very public example of this fine line, it wasn’t the warm relationship between President Donald Trump and Japanese Prime Minister Shinzo Abe that lit up the reactions on social media Friday.
A photo op in the Oval Office got people talking after Japanese media asked the two to shake hands.
Trump pulled Abe’s hand closer, patted it several times and held on for 19 seconds.
When they completed the handshake, Trump pulled away and Abe made a regrettable facial expression.
“Strong hands,” Trump said to Abe as the media left the room.
This came after a somewhat clumsy arrival at the White House, when Abe’s car took a wide turn and had to do a three-point turn in order avoid hitting the West Wing.
Trump gave the Prime Minister a big hug in full view of the cameras before they went inside.
Finally, during a joint news conference, the Twitterverse started speculating about whether or not Trump was wearing an earpiece.
Abe conducted the meeting in his native language. For the tail end of the conference, Trump appeared to be holding his earpiece to his ear. 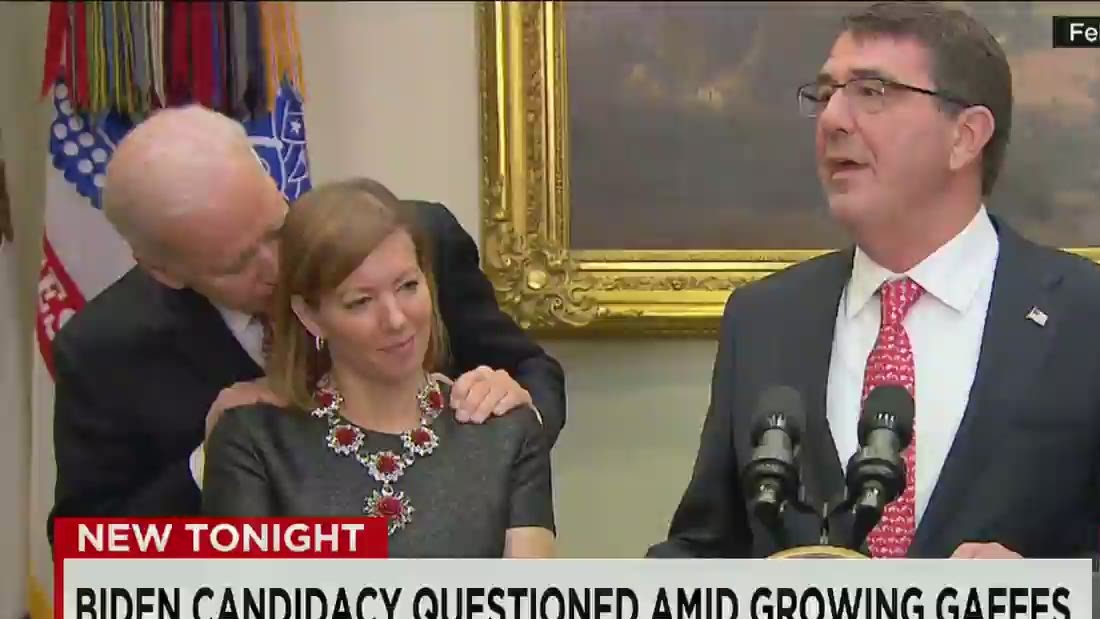 Politics is an awkward business

All this happened before Trump enthusiastically exclaimed, “Let’s go to Florida!”
Trump, Abe and their wives are scheduled to spend the weekend together at Trump’s Mar-a-Lago estate.