As his poll numbers sink, Trump told a Florida crowd that his campaign would be the single biggest waste of time and money if he doesnt win 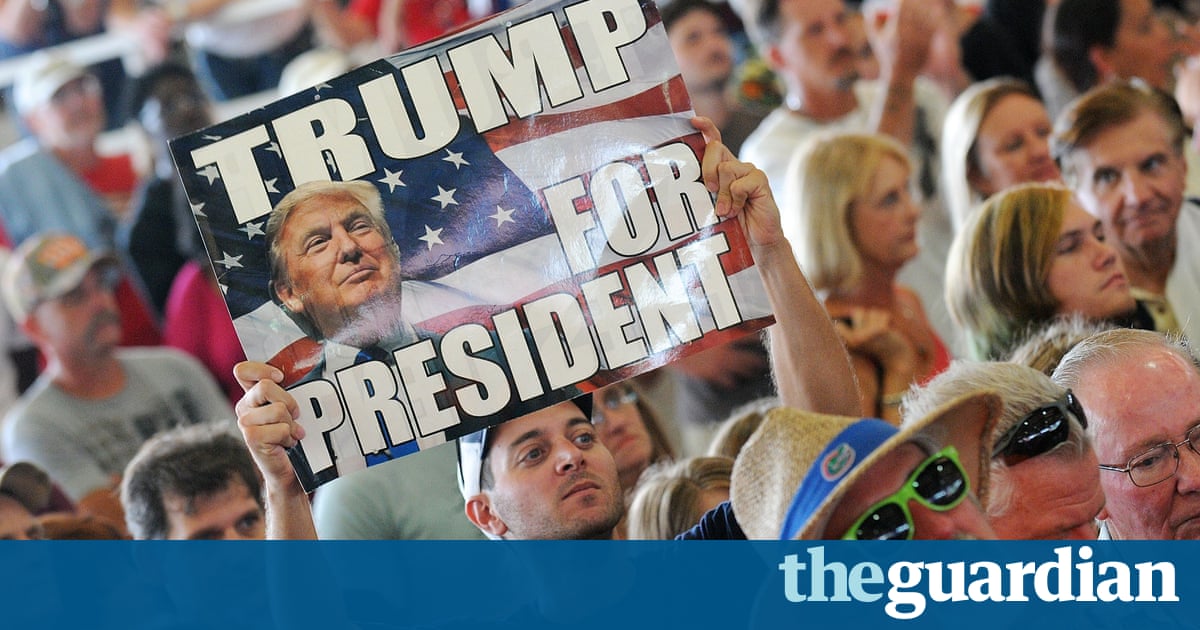 Donald Trump warned voters at a rally in Ocala, Florida that electing Hillary Clinton in November would lead Isis to take over this country and reprised the claim that they were hoping and praying she becomes president.

Trump vowed that as president he would keep keep radical Islamic terrorists the hell out of our country, claiming that Clinton would not be able to do the same.

For the second day in a row, Trump centered his attention on the disclosures published by WikiLeaks from the hacked email account of Clinton campaign chairman John Podesta. He accused the Justice Department of colluding with Clinton over the investigation into her use of a private email server while secretary of state.

This is crime at the highest level. She shouldnt be allowed to run for president, Trump said in an hourlong attack against Clinton, again promising to appoint a special prosecutor to investigate her.

The claim stems from an email exchange that references a conversation between Brian Fallon, a campaign spokesman, then a staffer at the DoJ. The conversation took place two months before the FBI opened an investigation into Clintons email server and pertains to publicly available information about a lawsuit involving a Foia request.

The Clinton campaign has said the emails were hacked by Russian intelligence officers in an effort to sway the election.

It is now clear that the illegal hack of my personal email account was just like the other recent, election-related hacks the work of the Russian government, Podesta said in a statement, reacting to a Wall Street Journal report that the FBI suspects that Russian intelligence agencies are behind the hack.

This level of meddling by a foreign power can only be aimed at boosting Donald Trump and should send chills down the spine of all Americans, regardless of political party.

At a later rally in Lakeland, Florida, Trump made his clearest demand yet for Hillary Clinton to be jailed over her mishandling of classified information as secretary of state.

The Republican candidate made a reference to Clinton being imprisoned during last Sundays presidential debate, but his campaign manager Kellyanne Conway later insisted it was a quip.

On Wednesday, however, Trump reiterated his position and went further: We are going to investigate this phony investigation, he told a rally in Lakeland, Florida. Hillary Clinton bleached and deleted 33,000 emails after a congressional subpoena. So, she gets a subpoena and after not before, that would be bad but after getting a subpoena to give over your emails and lots of other things, she deleted the emails.

Chopping the air with his right hand, Trump roared: She has to go to jail.

The crowd erupted, punching the air, holding placards aloft and chanting, Lock her up! a demand that Trump used to disavow.

Once again, Conway attempted to play down the threat. Youre taking it literally, she told CNN soon after. Youre doing a disservice to the American people. You cherrypick what he says and you want to talk about it for days on end with a breaking news tag on it. I dont think that counts as breaking news.

Trump was widely criticised for his remarks at the debate, with many commentators saying they were evocative of tinpot dictators and authoritarian regimes where political opponents are arrested and incarcerated.

Speaking at a rally in Pueblo, Colorado, Clinton assailed Trumps scorched earth strategy as a sign of desperation from a campaign in turmoil.

That just shows how desperate they are, Clinton said on Wednesday. Thats all they have left. Pure negativity and pessimism. And were not going to let Donald Trump get away with it, are we?

When Trump protesters interrupted the rally, Clinton laughed: You do have to feel a little sorry for them. Theyve had a really bad couple of weeks.

Trumps campaign advisers told the Wall Street Journal that the Republican nominee has given up trying to reach beyond his base and instead will instead try to amplify turnout among his most loyal supporters.

With just under four weeks left of the campaign, Trump will return to nationalist themes and ratchet up attacks against his opponent in an effort to depress Democratic voter turnout, according to the report.

On Tuesday, Trump signaled that he was done playing nice with the Republican party after a series of high-profile defections last weekend.

Its so nice that the shackles have been taken off me and I can now fight for America the way I want to, Trump wrote on Twitter.

With his campaign in tailspin after a 2005 recording of him using vulgar and lecherous language about women was made public, Trump reserved a few jabs in Ocala for the Republican establishment that abruptly abandoned him.

Already, the Republican nominee has a massive, a massive disadvantage and especially when you have the leaders not putting their weight behind the people, Trump said, referring to House speaker Paul Ryan, who distanced but did not wholly disavow Trump after the release of the 11-year-old tapes.

With 27 days left until the election, Trump appeared acutely aware that the time to stabilize his sinking poll numbers and build out his campaign is running out.

If youre not registered, get the hell out of here. Leave right now and go and register, Trump told the crowd.

Trump reminded the crowd that he had invested large sums of his own money into his presidential campaign, and that he did not have to be working so hard at this stage in his life. He claimed the campaign would be the single biggest waste of time and money if he didnt win.

If we dont win this election, I dont know what Im going to do, he told the crowd.