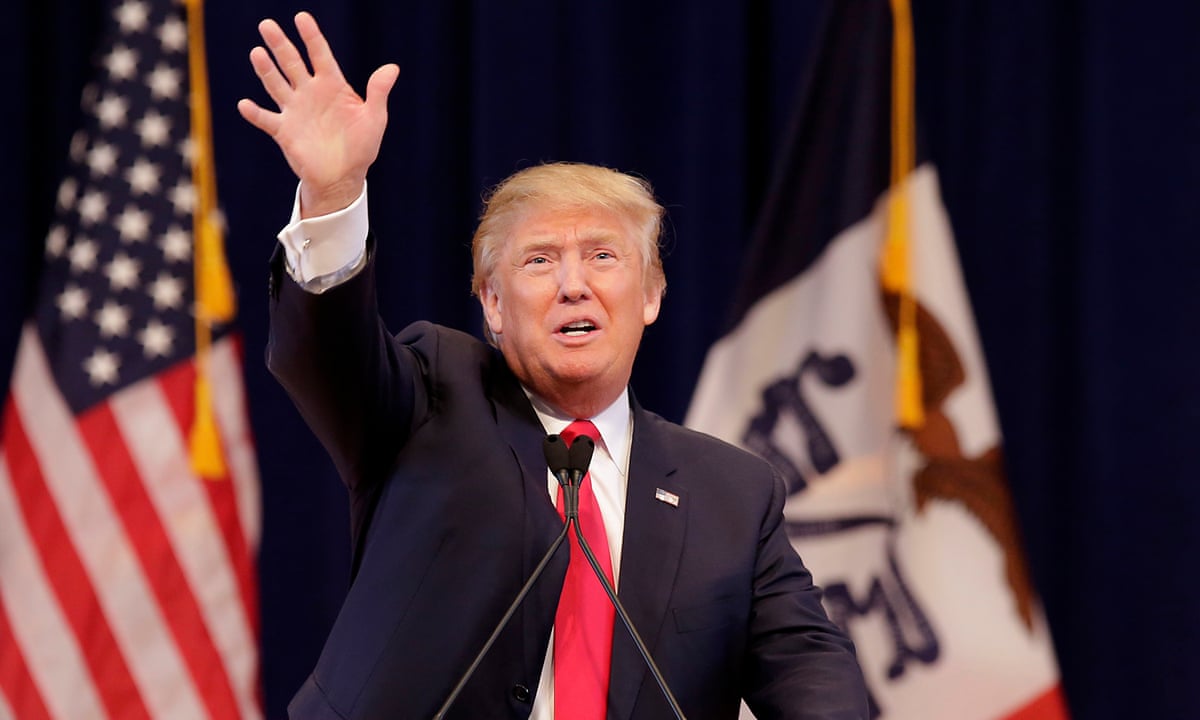 US Republican front-runner Donald Trump is so confident in his support base that he said he could stand on New Yorks Fifth Avenue and shoot somebody and still not lose voters.

Speaking in Iowa, Trump claimed he could withstand any attempt by his political rivals to knock him off his top perch.

His typically inflammatory comments come as Trumps Republican rival Marco Rubio won the endorsement Saturday from the Des Moines Register, Iowas biggest and most influential newspaper. The Register picked Hillary Clinton for the Democrats, nine days from the first nominating contest in Iowa.

The endorsements were big developments for both Rubio and Clinton. Rubio, a Florida senator, has been running third behind Trump and Texas Senator Ted Cruz in Iowa, while Clinton has struggled to fend off a challenge to the Democratic nomination from Bernie Sanders.

Trump and Cruz, Trumps chief obstacle to a victory in Iowa, held competing rallies across the state while in New Hampshire, other candidates battled for votes in that states 9 February first-in-the-nation primary for the 8 November election.

Trump, the New York billionaire and former reality TV star who has been virtually impervious to attacks from his opponents, pushed the limits of his political rhetoric again in Sioux Center, Iowa.

I could stand in the middle of Fifth Avenue and shoot somebody and I wouldnt lose any voters, he said.

For his rivals, Trump has become a hard target to criticise because not all of his supporters are conservatives and many are most interested in his projection of strength, not where he stands on a particular issue.

The latest Reuters-Ipsos tracking poll had Trump pulling in 40.6% support of Republican voters nationally. A CNN/ORC poll has Trump up in Iowa with 37% to 26% for Cruz, who has led in some other Iowa polls.

Trump did not repeat the shoot somebody line at a later rally in Pella, while stressing to the crowd there that he would tone down his rhetoric as president.

Cruz responded to Trump at an event in Ankeny, where he picked up the endorsement of conservative firebrand Glenn Beck, a counterweight of sorts to Trumps endorsement by 2008 vice presidential nominee Sarah Palin.

Listen, I will let Donald speak for himself. I can say I have no intention of shooting anybody in this campaign, Cruz said.

There is one thing to have a healthy ego, there is another to give a man who believes those kind of things, who has a habit of anyone who stands in his way of destruction, Beck said. To give that man the full power and scope of the office of the presidency is something we will grow to regret.

During his speech, Trump called Fox News anchor Megyn Kelly biased and said she should not be a moderator at a Fox-hosted Republican debate in Des Moines on Thursday. Kellys questioning at an 6 August debate in Cleveland had prompted Trump to unleash a series of insults at her.

There was no indication that Fox planned to remove her as a moderator.

Megyn Kelly has no conflict of interest. Donald Trump is just trying to build up the audience for Thursdays debate, for which we thank him, said a Fox News spokesman.