Trump casts doubt on Cruzs eligibility for the presidency on the basis that he was born in Canada, echoing his earlier false claim that Obama was born in Kenya 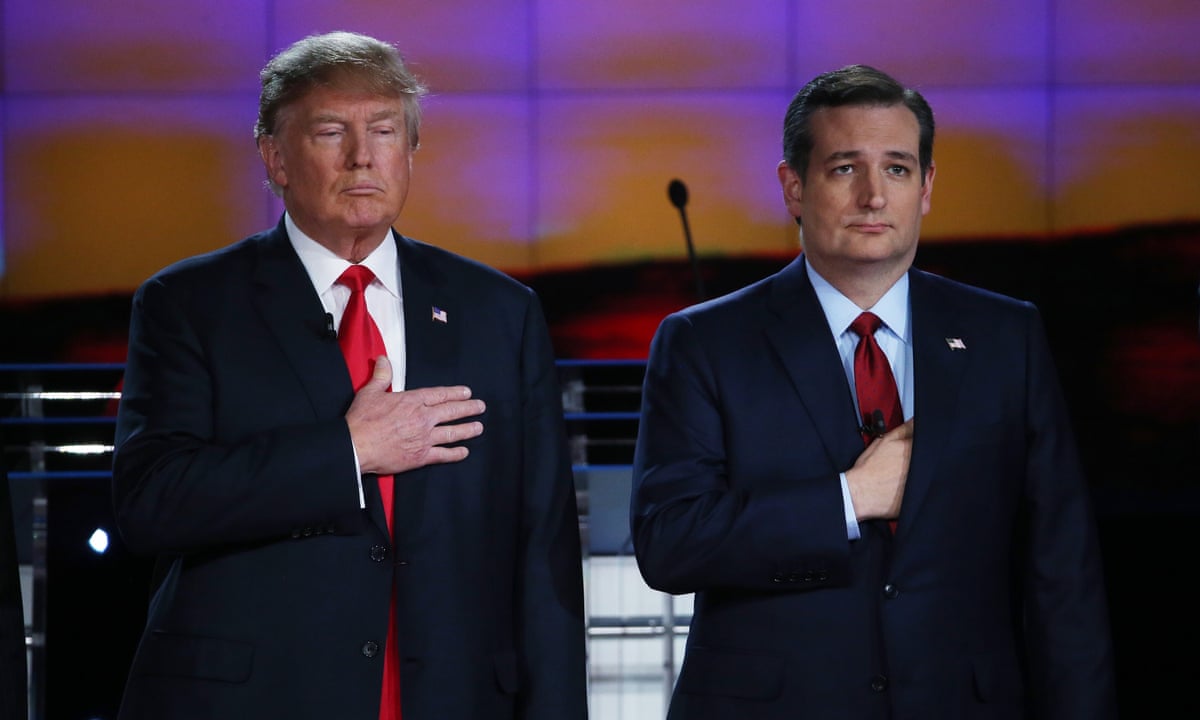 Donald Trump cast doubt on Republican candidate Ted Cruzs eligibility for the presidency on Tuesday, on the basis that he may not be a natural-born US citizen.

In an interview with the Washington Post, Trump said the fact that Cruz was born in Canada was a very precarious one for Republicans because hed be running and the courts may take a long time to make a decision. You dont want to be running and have that kind of thing over your head.

The Republican frontrunner went on to claim a lot of people are talking about the fact that he was born in Canada and he has had a double passport.

Cruz, whose campaign declined to comment, was born in Calgary in 1971. Although his father Rafael was not an American citizen at the time, his Delaware-born mother, Eleanor, was. Article II of the US constitution requires that no person except a natural born Citizen shall be eligible to the Office of President.

However, legal scholars have long interpreted natural born citizen to refer to whether someone acquired their citizenship at birth, not the geographic location where they were born. As a result, Cruz, who was a citizen at birth, is natural born.

Cruz has been reluctant to directly engage Trump during the Republican debate season, however this episode did prompt a feisty tweet from the Texas senator.

He posted as his response to @realDonaldTrump calling into question my natural-born citizenship, with a YouTube clip of the character Fonzie from Happy Days jumping the shark. This moment was seen as an irreversible downward turn for the shows quality and has spawned the phrase jumping the shark for the moment when a once successful product permanently goes wrong.

Cruz declined to go beyond that tweet in a gaggle with reporters in Iowa on Tuesday. I am going to stick with Fonzie jumping the shark, he said. The Texas senator added: I like Donald Trump. I like everyone.

Cruz was asked at a November campaign stop in Chariton, Iowa, about the circumstances of his birth. Cruz said: As a legal matter it is plain as day that a child of a US citizen born abroad is a natural born citizen. So will people raise this for political mischief? Sure, its politics, thats what they do, but as a legal matter its quite straightforward and dont I believe there is any impediment whatsoever.

Trump, who was one of the most vocal birthers pushing the false claim that Barack Obama was born in Kenya which incidentally would still have made him a natural born citizen has questioned Cruzs citizenship in the past.

A few Democrats have also questioned Cruzs citizenship. Florida congressman Alan Grayson called Cruz a Canadian in 2014 and said he was not eligible to serve in the White House.